After a stay in Utah of about a month and a half, we left Torrey and headed east into Colorado for a visit to Grand Junction.  There is what appears to be a great state park campground just west of the city in Fruita, but we were unable to secure a site for a week, so we are staying across the street from the state park in a nice commercial park called Monument RV Park. 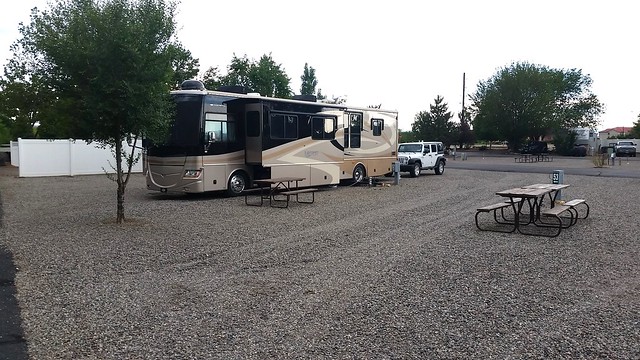 The main reason we are visiting here is to do some hiking in the nearby Colorado National Monument.  The Monument is a 52 square mile area of desert land high on the Colorado Plateau with spectacular canyons cut into sandstone.  For our first adventure in the Monument we drove south of the RV park about four miles to the trailhead for the Monument Canyon Trail. 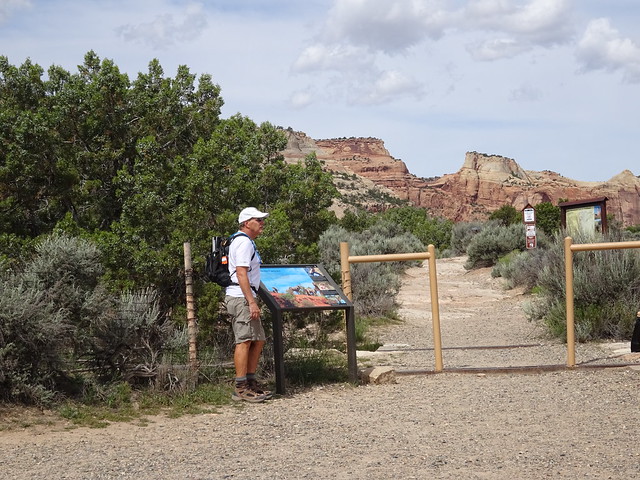 The trail begins by going along a fence separating the Monument from an upscale housing development. 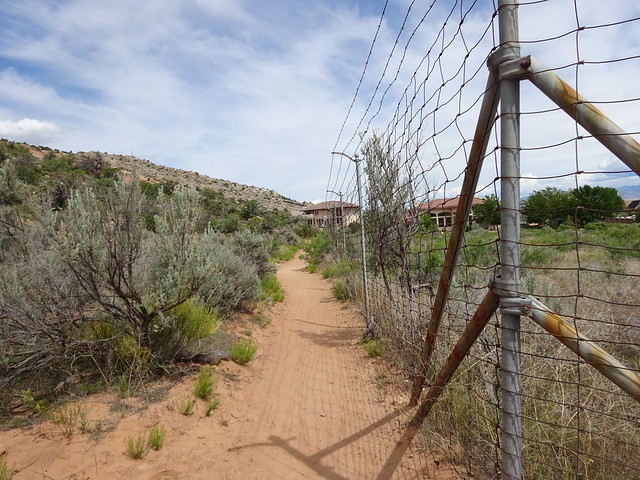 It wasn’t long before we spotted our first bit of wildlife when the thin little guy below crossed our path. 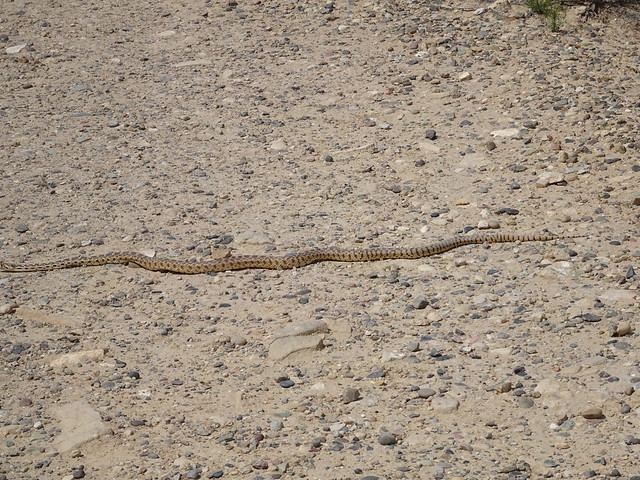 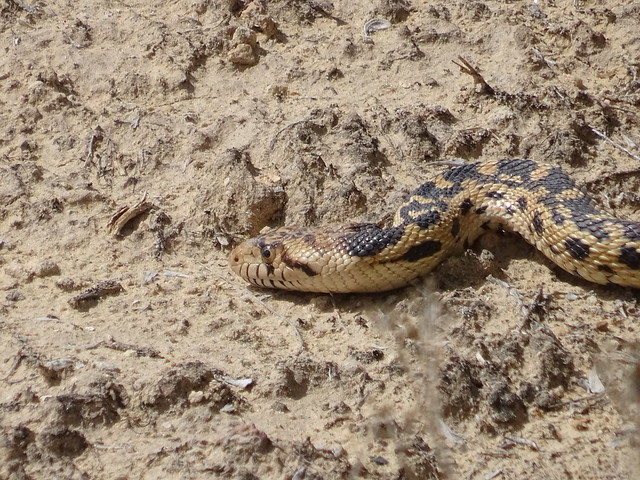 As we hiked up the trail we could see our destination, Independence Monument, in the distance. 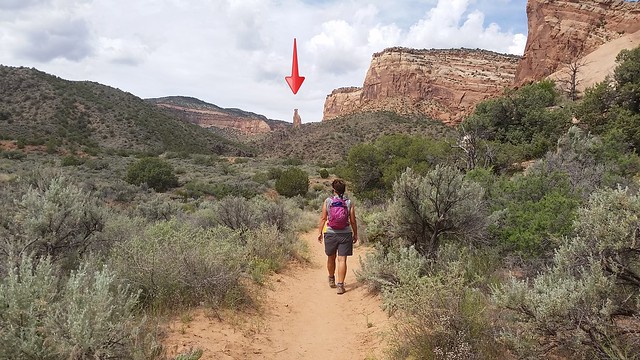 After about two and a half miles we came to our goal.  Independence Monument is a free-standing tower of soft, red sandstone.  It soars 450 feet above the floor of Monument Canyon. 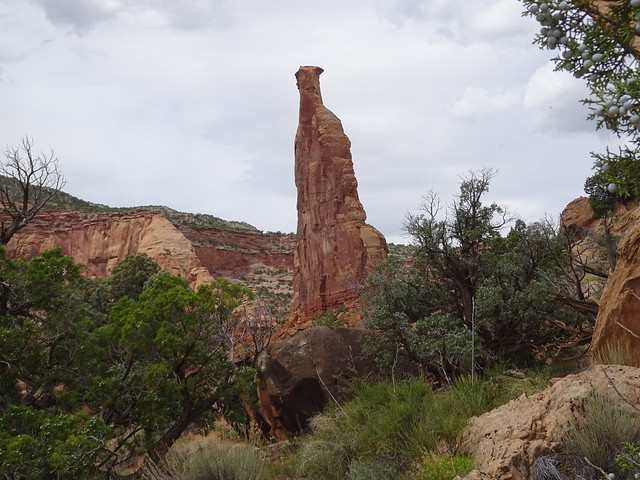 Independence Monument looking from the east 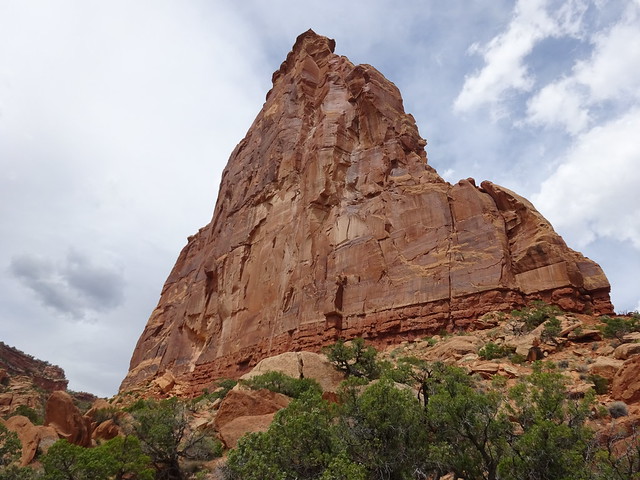 Looking at the monument from the south 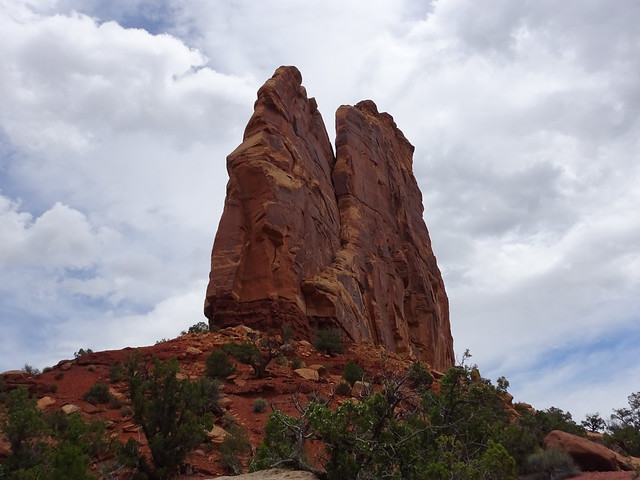 The monument looking from the west

Near the base of the monument we came upon two more examples of local wildlife.  The first was a beautiful Collared Lizard. 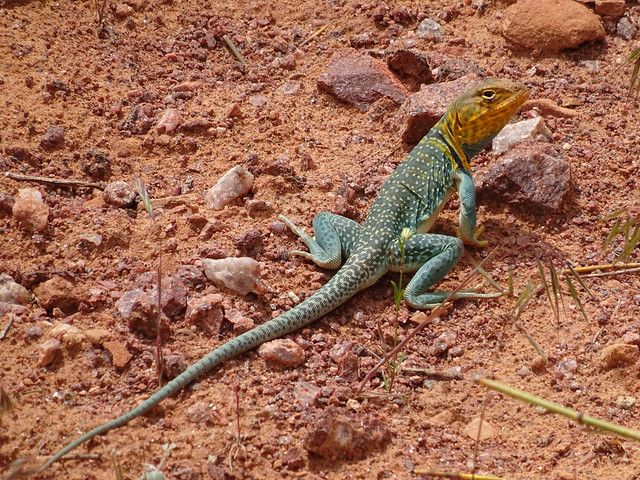 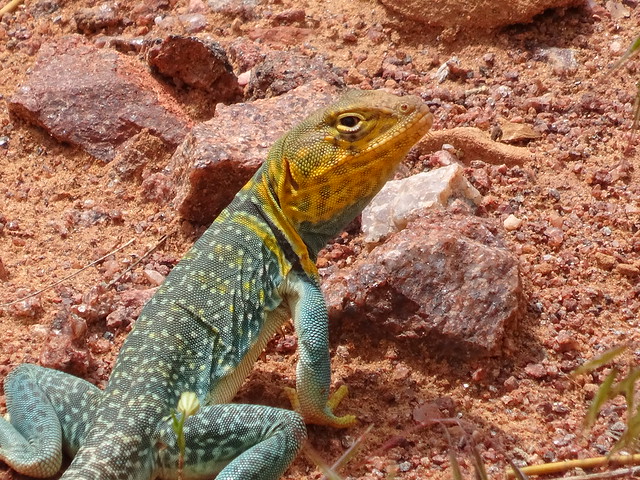 Nearby we came upon a Western Whiptail Lizard 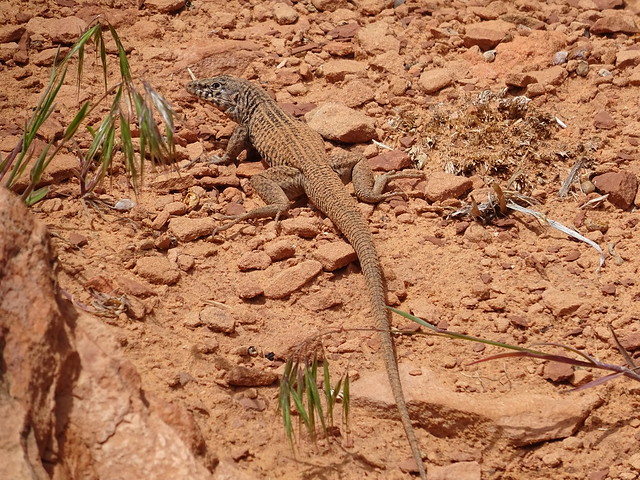 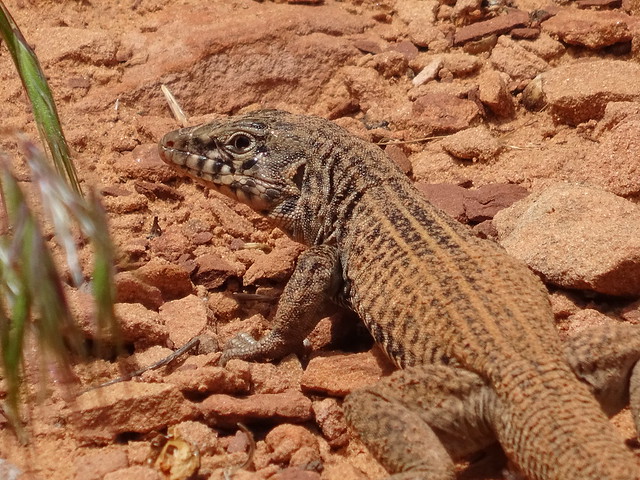 We hiked around to the north side of the monument and found a spot up on a flat rock to enjoy a bit of lunch. 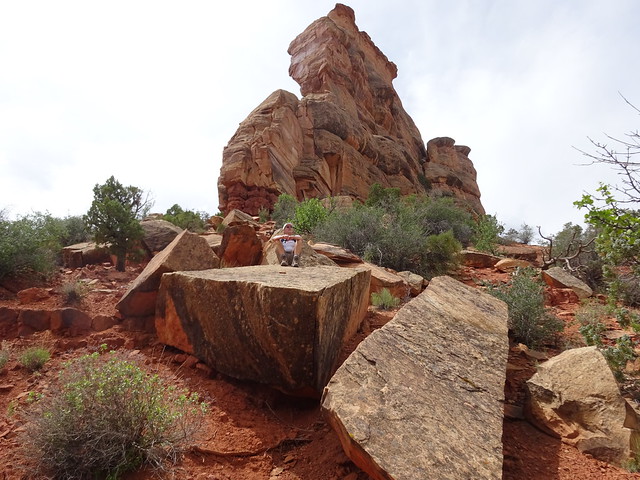 A good place for lunch!

As we ate our lunch we could hear voices behind us and, although we couldn’t see anyone, realized people were rock climbing up the monument.  As we began our return hike we turned and could see a small speck on the side of the rock about two thirds of the way up. 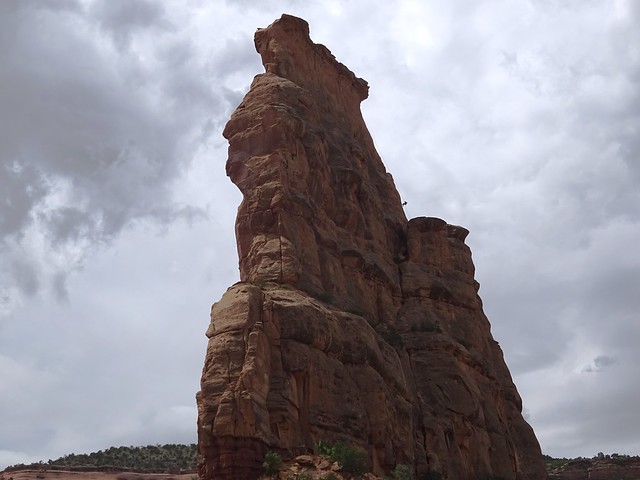 We zoomed in a bit closer and could see someone rappelling down from the top. 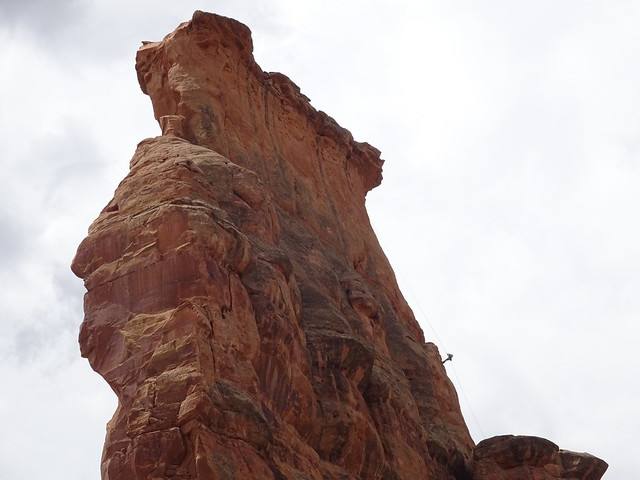 A photo using maximum zoom revealed the climber as he settled on to a landing. 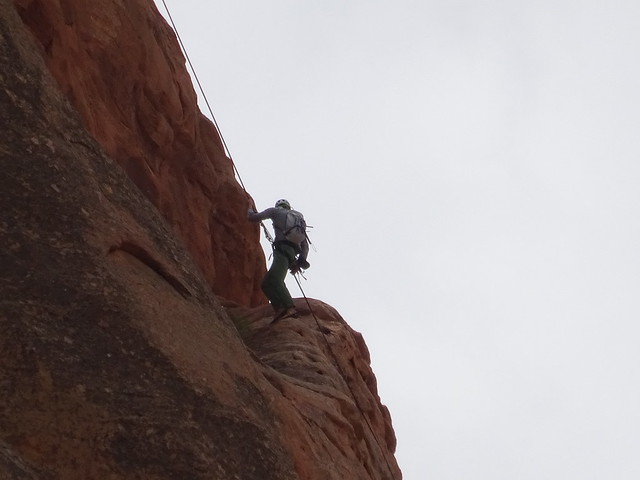 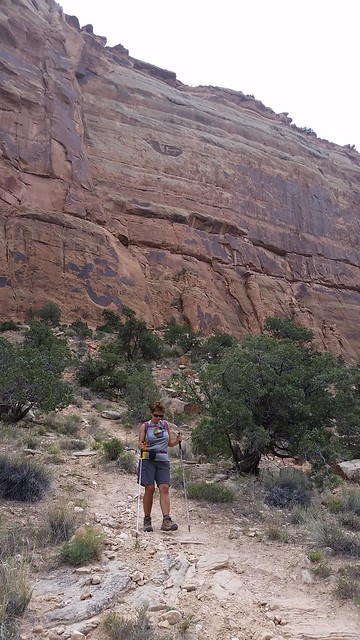 Heading down the Wedding Canyon Trail

Once the steep downhill section of the trail is completed it then runs to the south and crosses two bluffs before returning to the Canyon Trail a short distance from the trailhead. 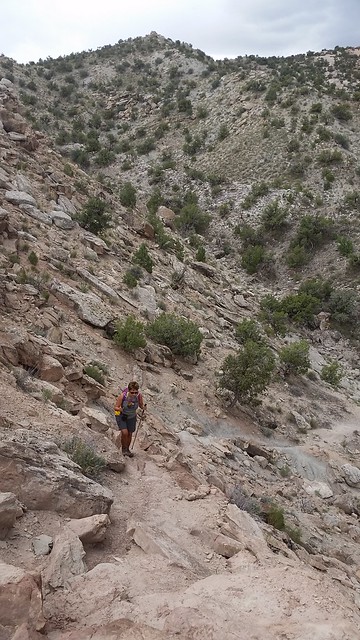 Up over the last rise before the end of the trail

We enjoyed the variety this five and a half mile round trip hike offered.  It was a nice change to hike with some ease and not have to use all fours!