Present day Bisbee now includes what was at one time the nearby small communities of Warren, Lowell, and San Jose.  The original Bisbee is now known as “Old Town.”  Lowell was at one time a sizable mining town located just to the southeast of Old Bisbee.  The majority of the original townsite was consumed by the excavation of the Lavender Pit mine during the 1950s. All that is left today is a small portion of Erie Street, along with Evergreen Cemetery, Saginaw subdivision and Lowell Middle School.  These days Lowell is considered by most of the local residents to be more of a place name than an operating community.  One of the only business left in Lowell is the Bisbee Breakfast Club.  We stopped in one morning and enjoyed a great breakfast. 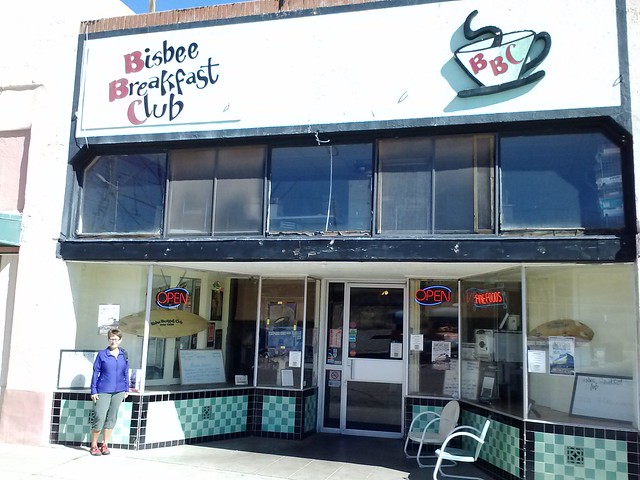 The restaurant is only open for breakfast and lunch.  They also have a similar restaurant in Tucson and Mesa.

After breakfast we took a walk down Erie Street.  It appeared to be a one time hub of activity for the town, but today looks more like a large museum with old autos and a few motorcycles parked along the way. 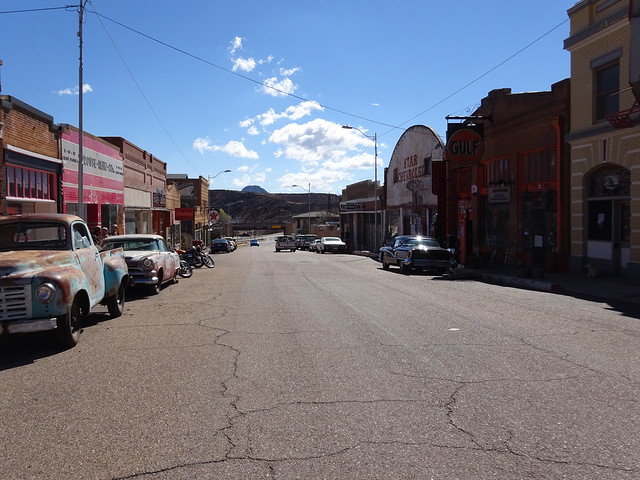 The view down Erie Street 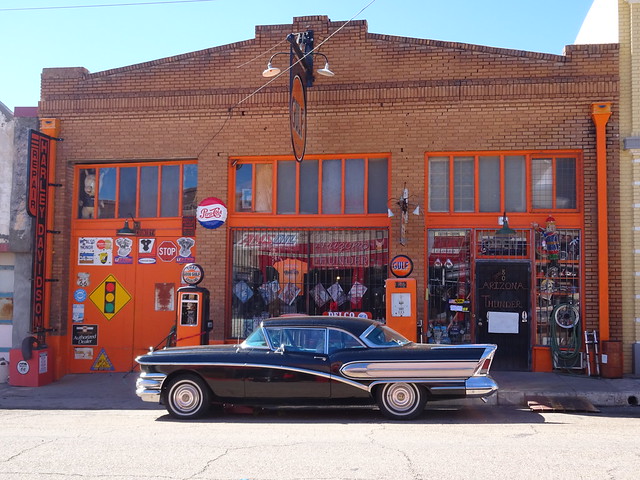 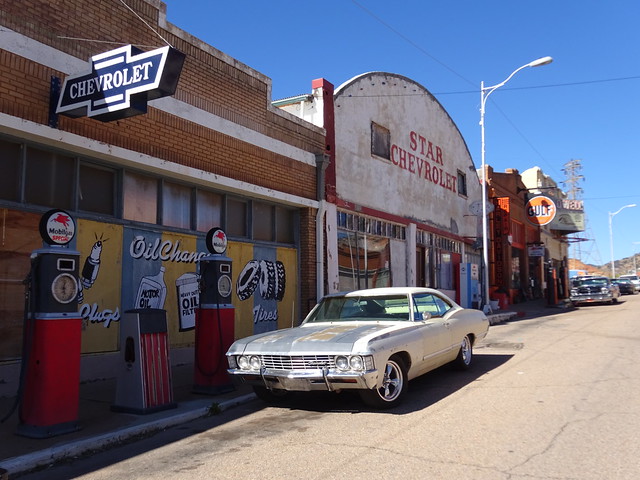 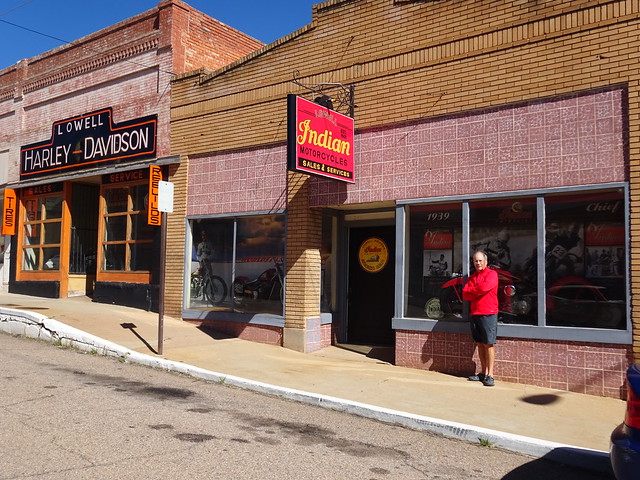 After our brief tour of Lowell, we drove about thirty miles to the north for a visit to the legendary town of Tombstone.  Friends had told us that the town is mainly just a tourist trap, but we were interested in visiting the Boothill Graveyard.

Located on the northwest corner of the town, the graveyard is believed to hold over 300 persons, 205 of which are recorded.  This was due to some people (especially Chinese and Jewish immigrants) being buried without record.  However, most of the loss was due to neglect of grave markers and theft of these wooden relics as souvenirs.  The cemetery was closed in late 1886, as the new “City Cemetery” on Allen Street opened. 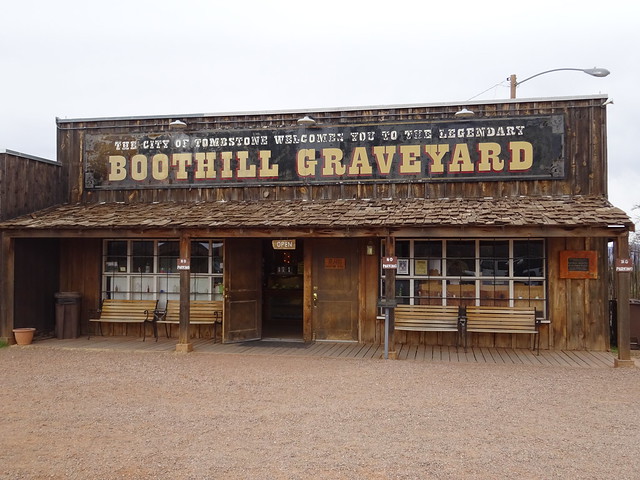 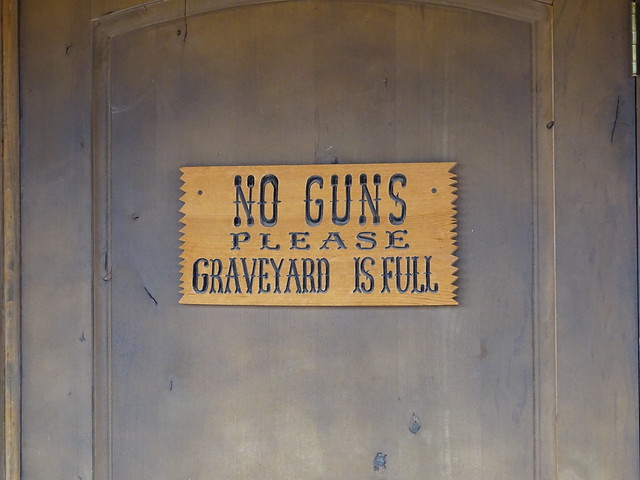 You enter the cemetery through a small gift shop pictured above.  There is no admission fee but for a three dollar donation you receive a flyer containing information about many of the people buried there.  The most famous of the graves is Billy Clanton, Frank McLaury, and Tom McLaury; the three men who were killed during the famed Gunfight at the O.K. Corral. 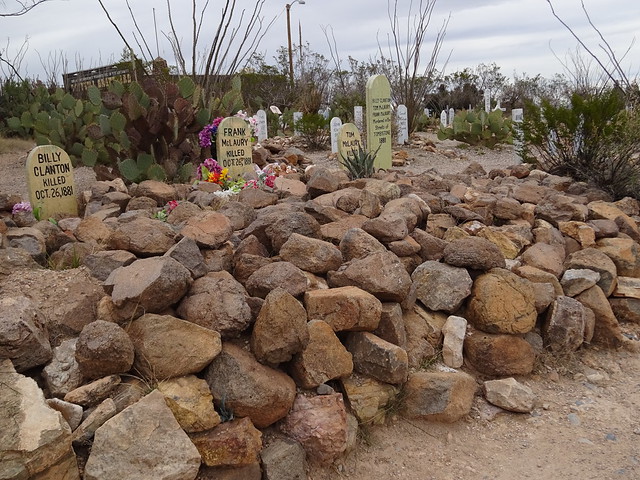 Below are the graves of Tex Howard, Bill Delaney, and Dan Kelly.  They were legally hanged in 1884 after being found guilty of killing several people during a robbery in Bisbee. 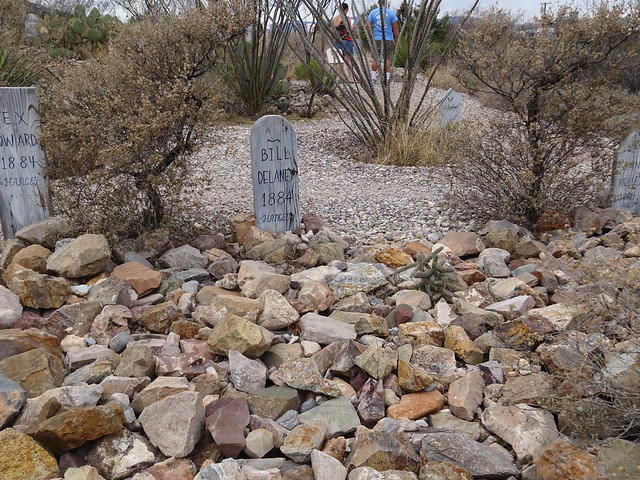 John Heath also participated in that robbery and was considered the leader of the group.  The law-abiding citizens of Bisbee apparently couldn’t wait for the wheels of justice to finish turning as he was taken from the county jail and lynched by a mob. 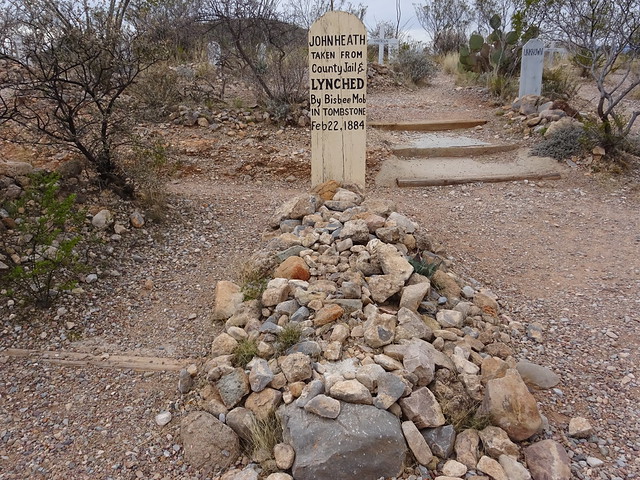 Apparently some people couldn’t tolerate the harsh life in the area as there were a number of graves where the cause of death was marked a suicide.  John King died from ingesting strychnine, a very painful way to die. 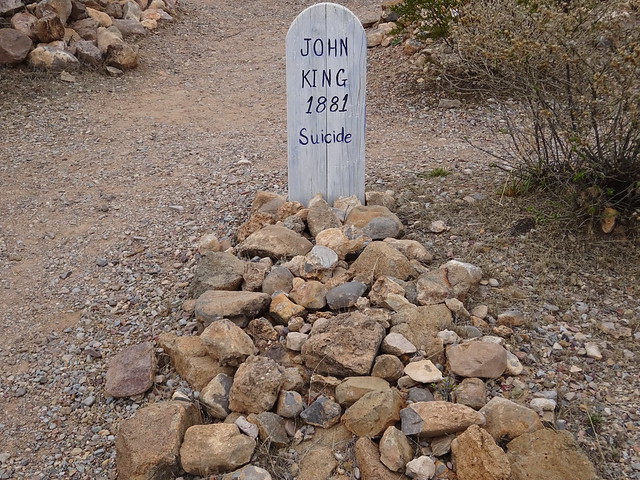 We spent some time looking around Tombstone but agree with those who say it is mainly a tourist trap.  But if you’re passing through on your way to or from Bisbee it is worth a brief stop.

23 Responses to Breakfast and Burials