Yesterday we decided to take a Jeep ride along the Colorado River on the California side.  Joe and Gay described the route in their blog (Good Times Rollin’) and it looked enticing so off we went.  After heading west on I-8 into California for about twenty-four miles, we took the Ogilby Road exit, then drove north for thirteen miles to Indian Pass Road. 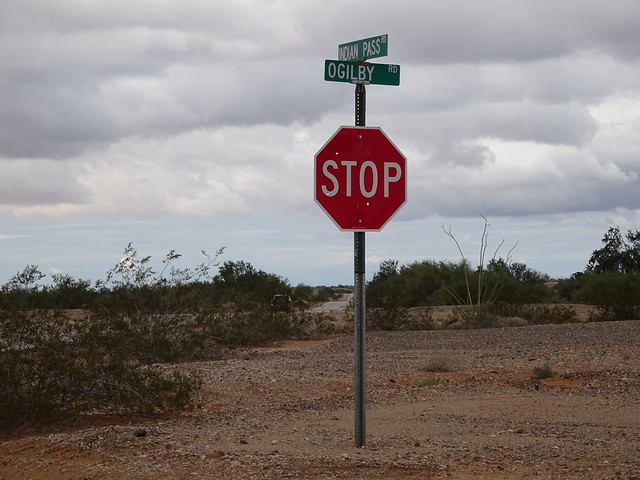 For the first eight miles Indian Pass Road is a flat, fairly smooth dirt road through the desert. 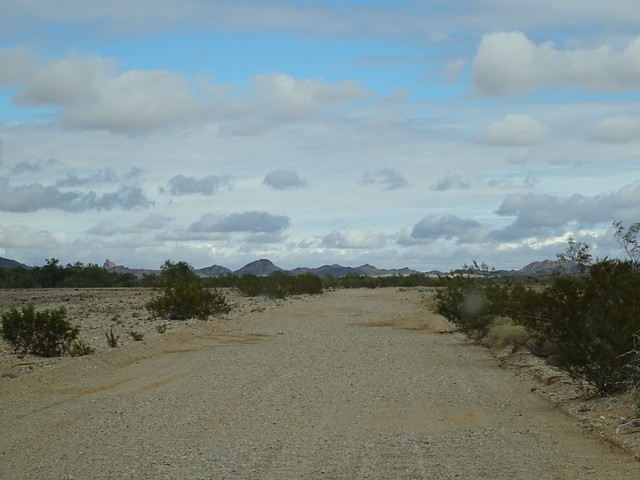 After eight miles we came to Indian Pass, where the road begins to get a bit rough as it drops steeply down into a wash.  But the rough road is worth the drive, as the scenery now begins to get very impressive. 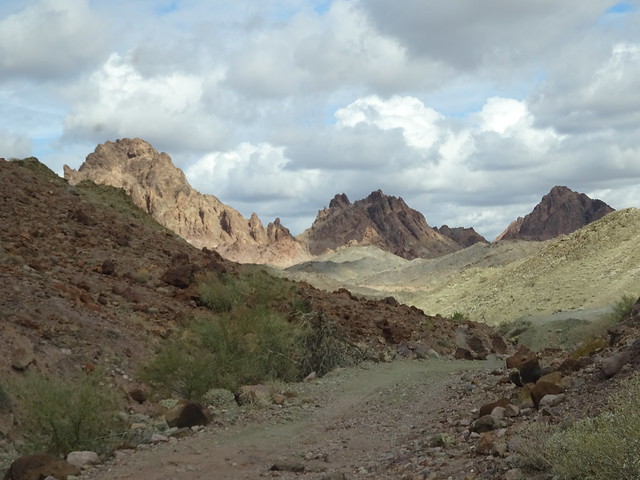 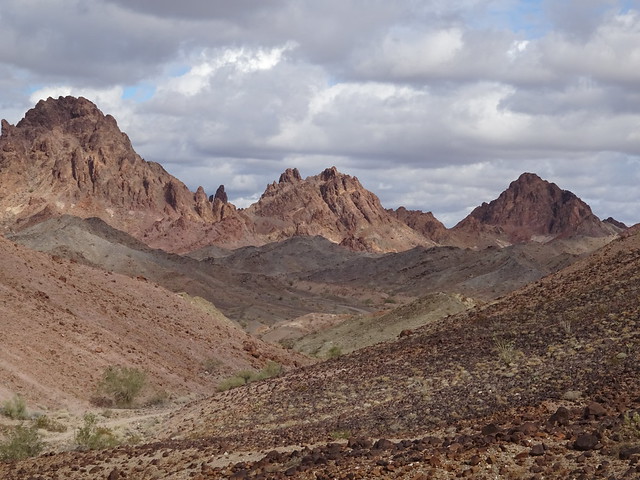 We don’t have any photos to show how steep and rough the road was going down the pass.  It seems that the photographer gets a bit nervous in areas like this as she stares straight ahead and begins to breath very loudly.  This makes photography impossible.

At the bottom of the pass the road follows a flat, sandy wash.  With the trauma ended, the photographer was able to return to action. 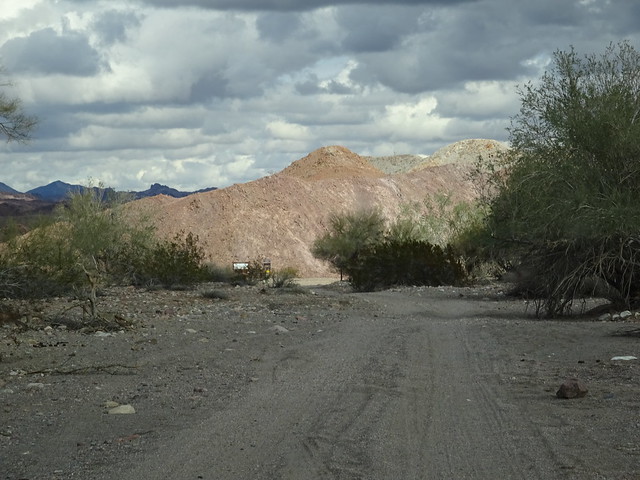 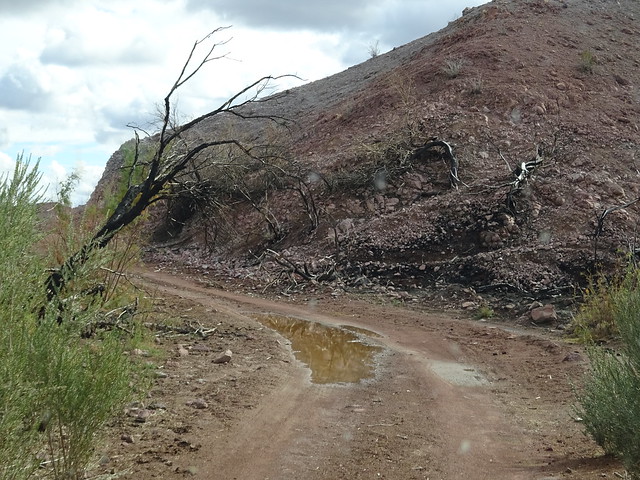 A mud puddle! Unusual in the desert but it has rained a bit the last few days.

As we drove over a rise we were rewarded for our efforts with beautiful views of the Colorado River and surrounding mountains. 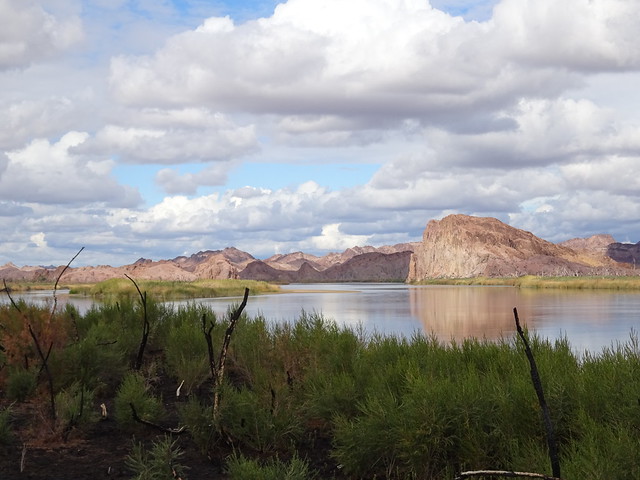 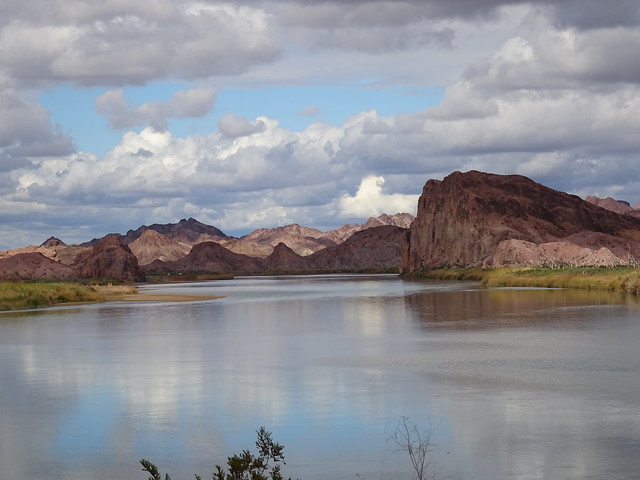 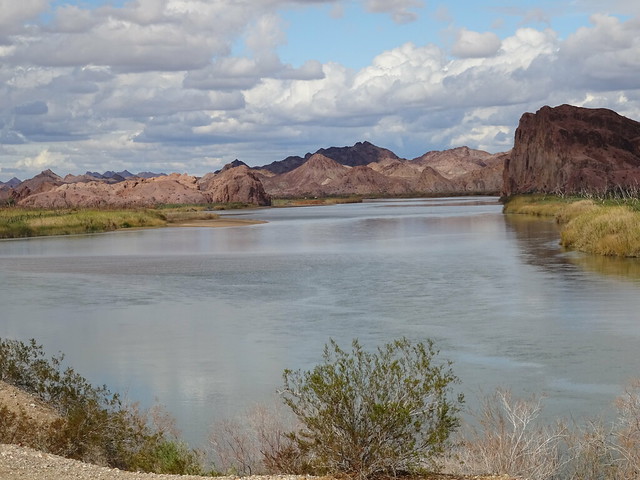 As we rounded a bend we caught just a glimpse of a feral burro watching us from above. 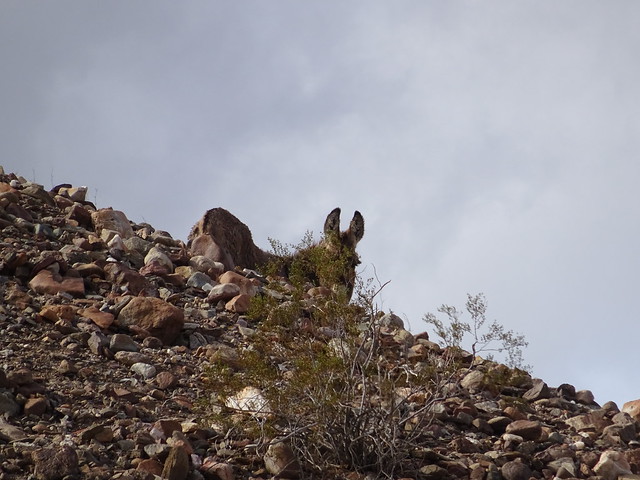 Miners exploring the area in the late 1800s used burros to transport equipment.  Sometimes a burro would escape, or would wander away if the miner died.  The burros have adapted to the desert environment and, judging from all the droppings on the road, they are well-fed! 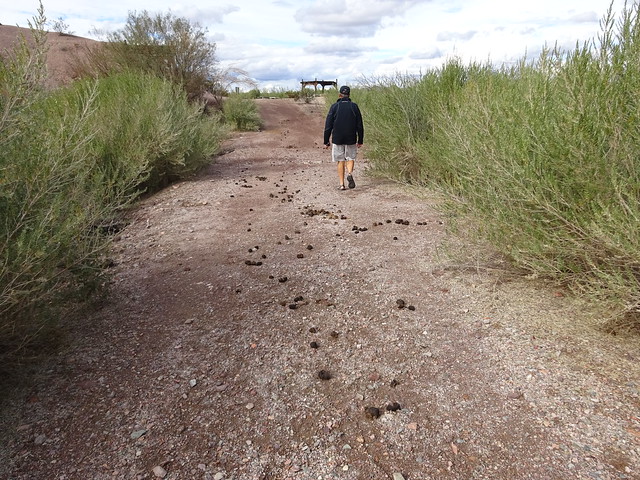 We made a stop at Paddlewheeler Camp, a small boat-in campsite where you can pull off the river with a small boat and camp or picnic along the river. 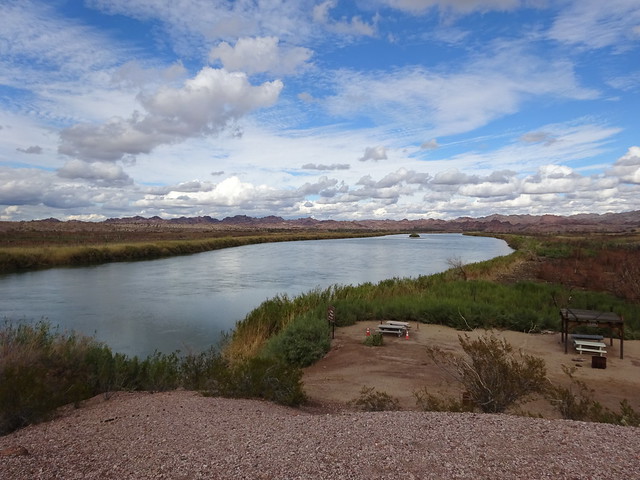 Looking down at the river and the Paddlewheeler boat landing

At the top of a hill is an old bollard (mooring post) from a cable ferry that ran here in the 1940s and 1950s.  The cable ran across to a small island on the Arizona side of the river.  The ferry connected ranches and mines on both sides of the river during that era. 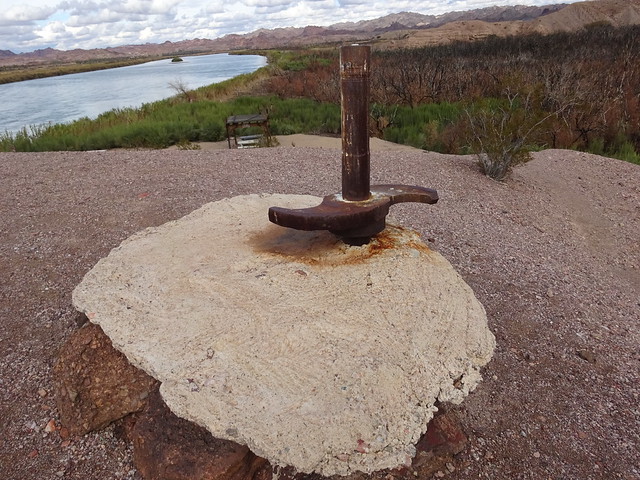 We continued south along the park road, which became a bit rough in spots. 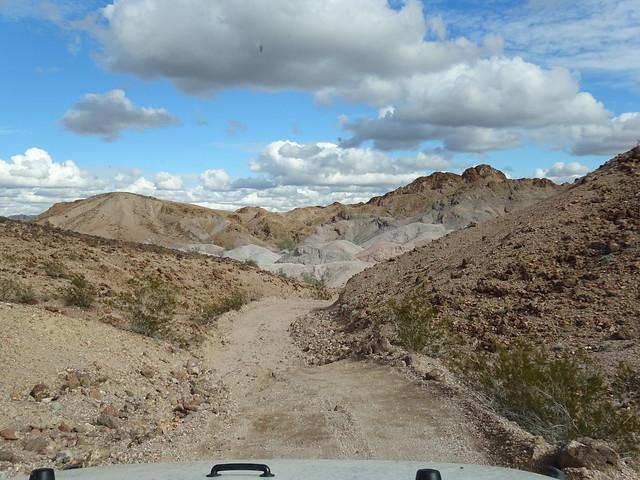 The colors on the rocks along the road were often quite striking.  There was also extensive evidence of a fire in the area in the recent past. 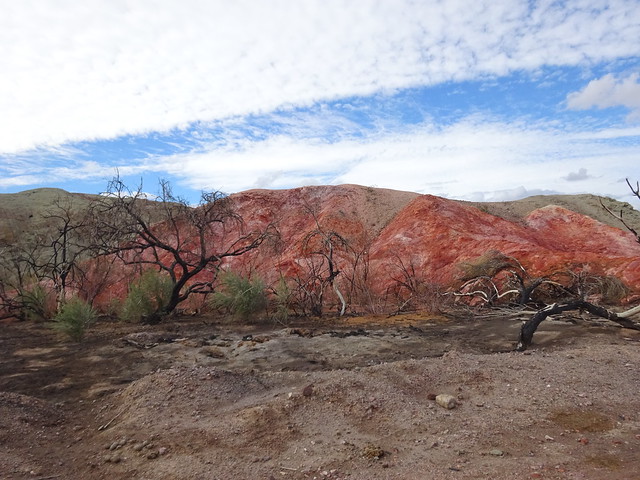 We left the park and continued down a winding dirt road for over twenty miles before returning to civilization (Winterhaven, CA).

This is a long drive on some challenging roads, but the views of the river and surrounding mountains are worth the drive.  But if you drive this route, only go if you have a four-wheel drive vehicle (or good insurance).