A Visitor From the East

One of the main reasons for our visit to San Diego is the proximity of a good airport.  Our daughter, Jessica, has flown from Pennsylvania to wherever we are for a holiday visit each year since we began full-timing (this is her fifth visit).  So on Christmas morning we drove just a few miles south of our park in Mission Bay to pick her up at nearby Lindbergh Field.  One of the interesting things about San Diego is the location of this airport, just north of San Diego Bay and right next to the downtown.  Landing from the east takes the planes right over the city.  As we approached the field, Jessica’s plane came out of the cloudy sky right in front of us. 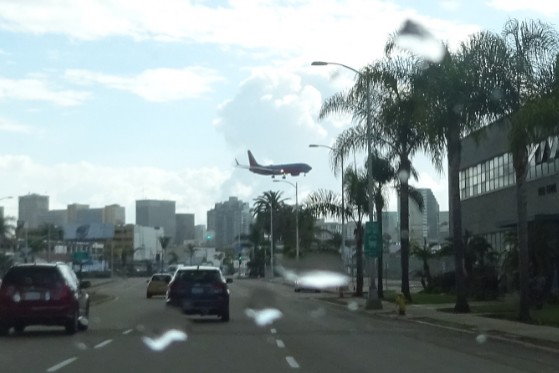 As the picture above shows, it was overcast and rainy when she arrived.  But the skies soon cleared, so we headed out to visit one of our favorite places in this area, the old Del Coronado Hotel across the bay in Coronado.  The old hotel lobby was nicely decorated with a large tree and the beautiful beach was almost empty due to the earlier rain. 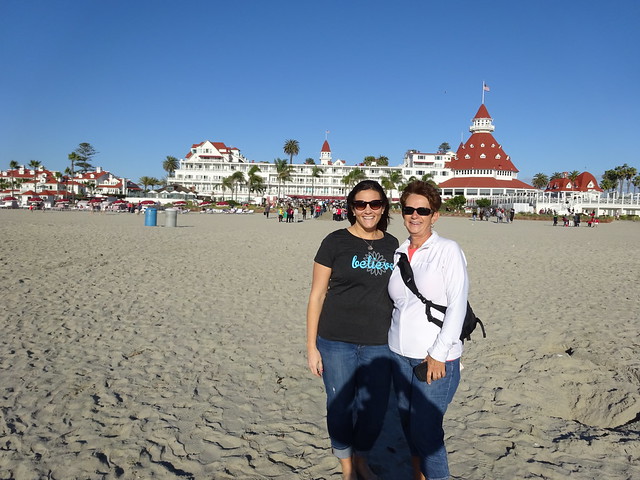 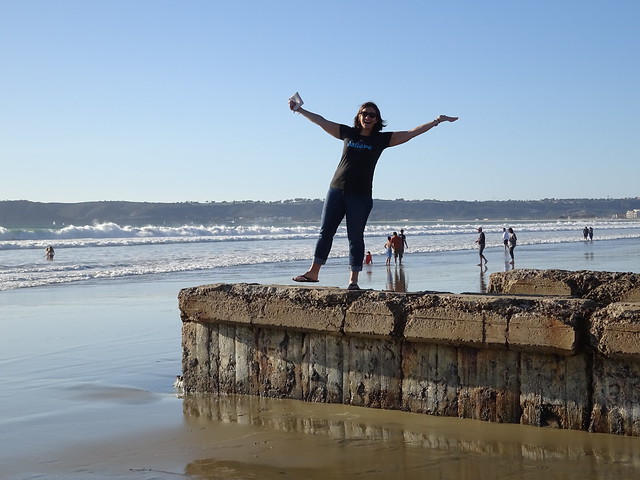 During the last couple of years, Jessica has become an avid runner and ran her first full marathon in Baltimore in October.  So when she read about the second running of the San Diego Holiday Half Marathon being held during her visit, she felt compelled to sign up. 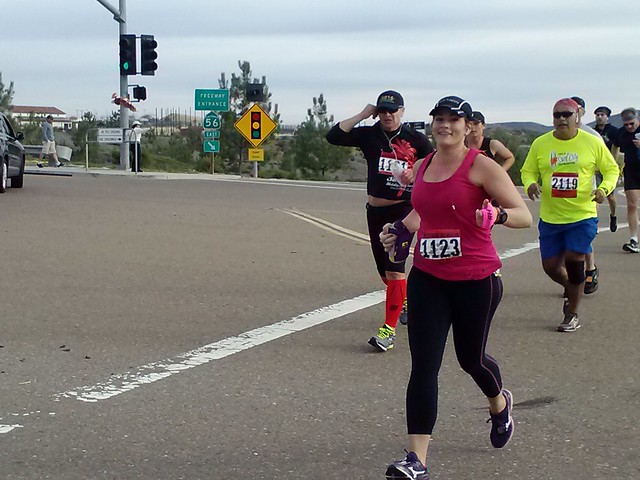 She had one of her best times in this race but was a bit hampered by the lack of serious training (she only signed up for this a month ago) and the eight mile hike up to Moreno Butte we did two days before the race!

OK, we’ll take a rest the day after the race, right?  No, no, no!  Jessica had read about a hike up to Potato Chip Rock that a friend of hers had done during a visit to San Diego.  The hike is on the Mount Woodson Trail and begins next to Lake Poway.  It is about four miles one way, all of it uphill, some of it a bit steep, for a 1500 foot gain in elevation. 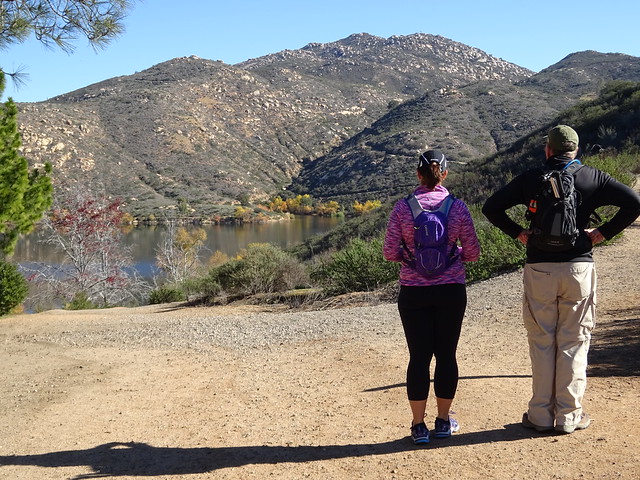 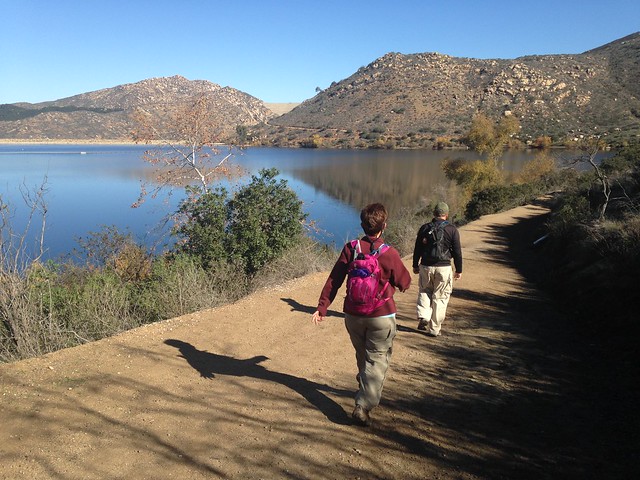 The start: a nice stroll along Lake Poway 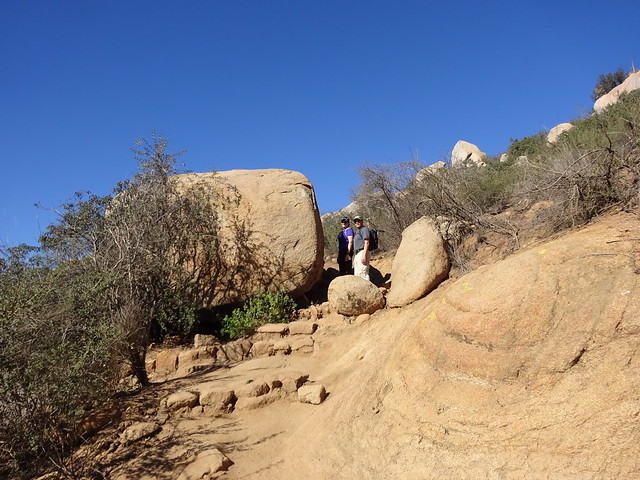 Up through the rocks 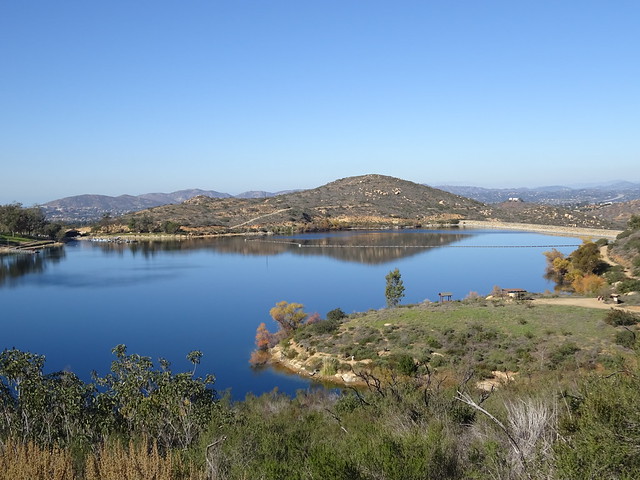 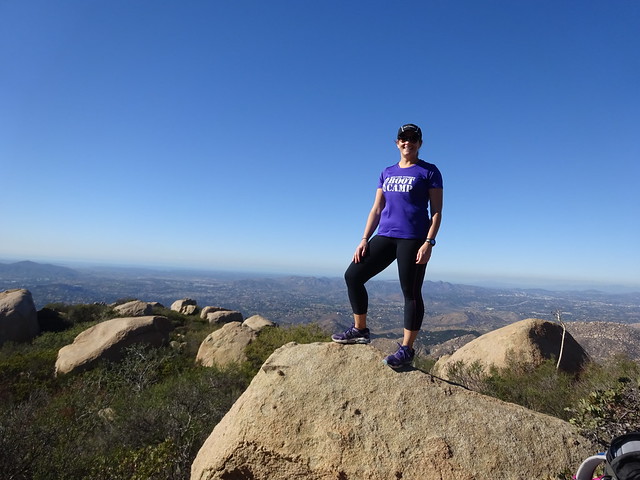 We were warned that this was a very popular hike so the trail would be crowded.  But when your visitor has a limited stay, you go when you can.  The trail itself had many hikers, but crowding was not a problem.  But when we arrived at the top, we were dismayed to see a long line for a photo op on Potato Chip Rock. 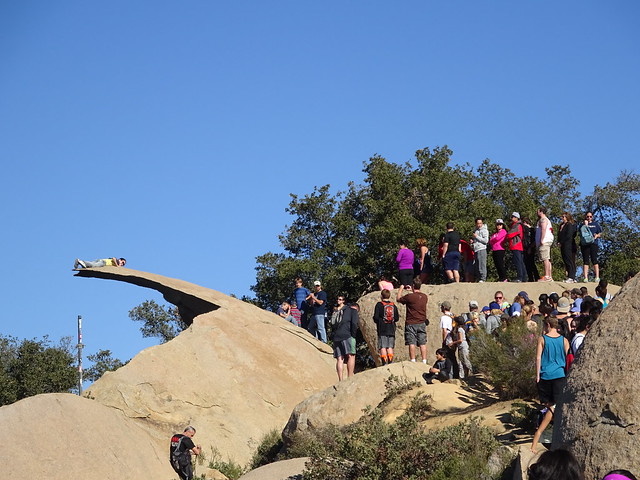 We decided not to wait an hour in line to get on the rock, so we opted for a picture with Potato Chip Rock in the background.

Most of the time during Jessica’s visit the skies were clear and the temperatures in the high sixties or low seventies.  But the day of her departure dawned cold, cloudy, and windy, just like the morning of her arrival.  We braved the cold and the winds to visit the Cabrillo Monument on Point Loma.  The point is high over the entrance to San Diego Bay with a great view of Coronado and San Diego. 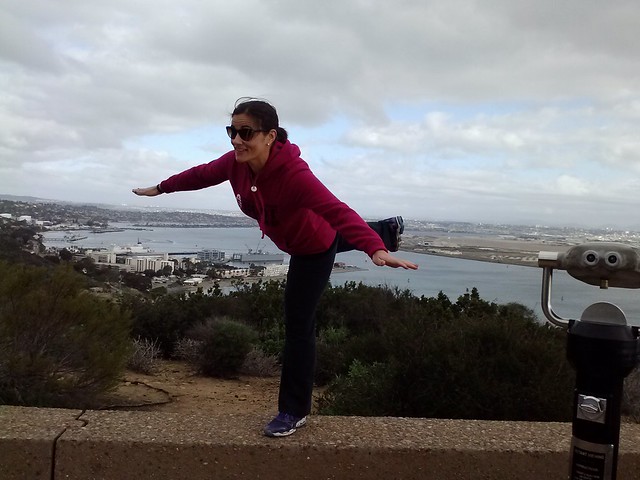 We had a great five day visit, but all good things must come to an end.  So we dropped her off at the airport around noon for the flight back to the east. 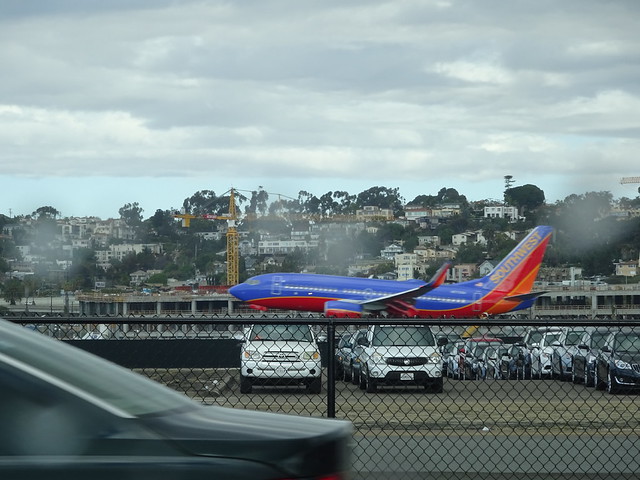 With two more weeks remaining in our stay at Mission Bay we have some more adventures in our plans.  The weather is calling for cool temps and rainy skies for the next couple of days but after that it looks like sunshine and warm temps return! 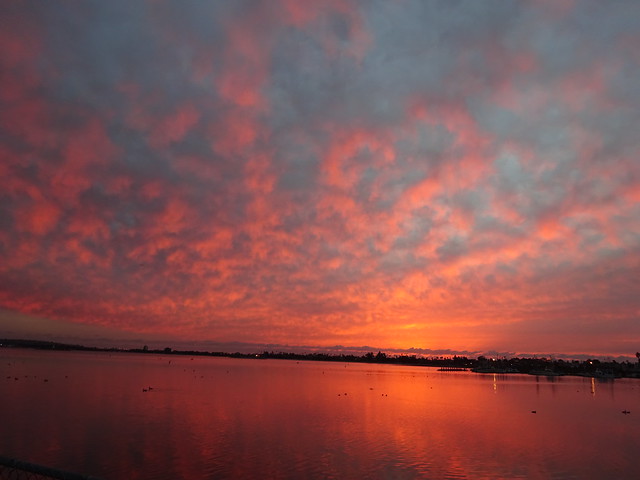 36 Responses to A Visitor From the East