Posted on December 3, 2014 by placestheygo

The end of our two week stay in Lake Havasu City is rapidly approaching.  So we thought we’d post one last blog from here highlighting a few of the “non-hiking” activities we did.  We were not able to book the entire time in one site here at Lake Havasu State Park so we had to do a short move to another site after the first week.  Our first site was fine, but the second one was much nicer as it was more private and had a great view of the lake.  The site is designed to back into, but to take advantage of the view of the lake when we sat inside we pulled straight in and ran our electric and water lines under the motorhome to connect. 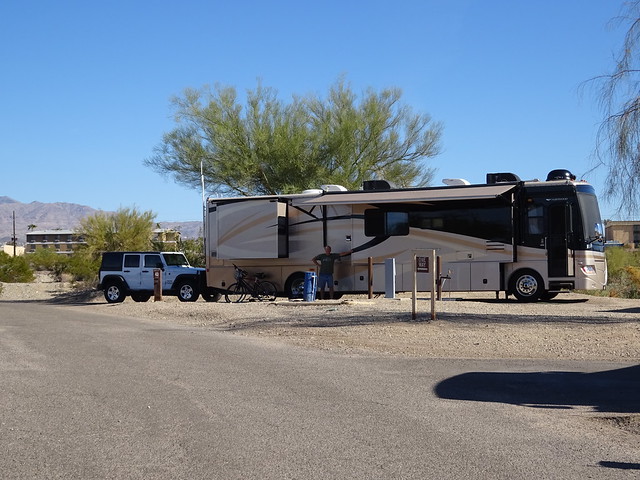 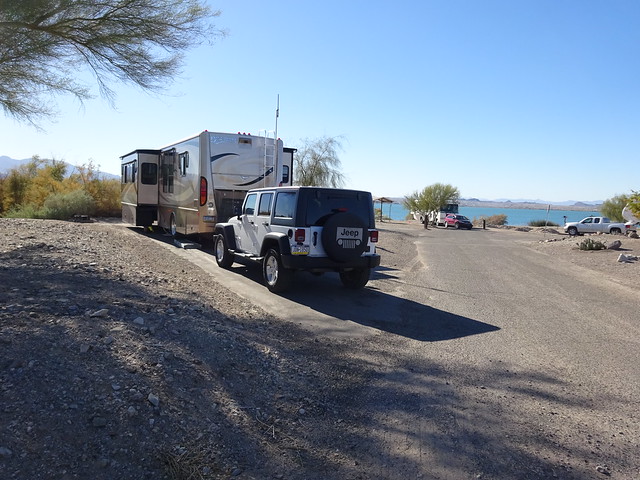 Our site with the lake in the background

For part of our stay Norm and Lisa of Those Young Guys were also in the park, so they joined us (or we joined them?) for a number of activities.  Norm enjoys flying his radio controlled airplane so one morning we went over to a nearby empty parking lot in the park to watch him fly it. 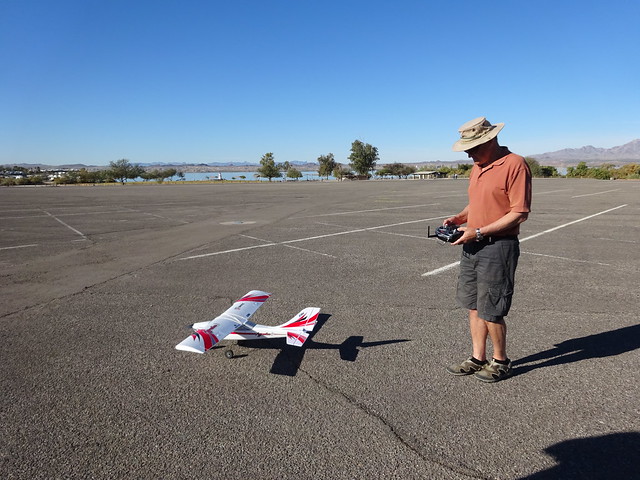 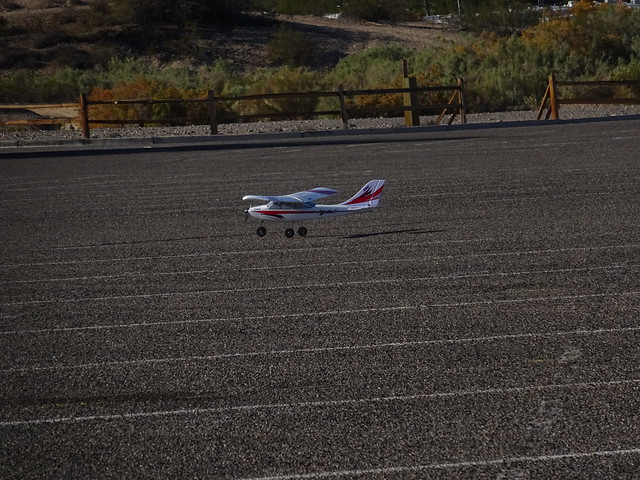 This was a perfect landing!

We wanted to get out on Lake Havasu at least once, so one day we took advantage of a ferry boat that goes over to Havasu City on the California side.  The California side is an Indian Reservation and has a casino, so the ferry is just $2 round trip.  They anticipate their passengers will donate more when they play the slots. 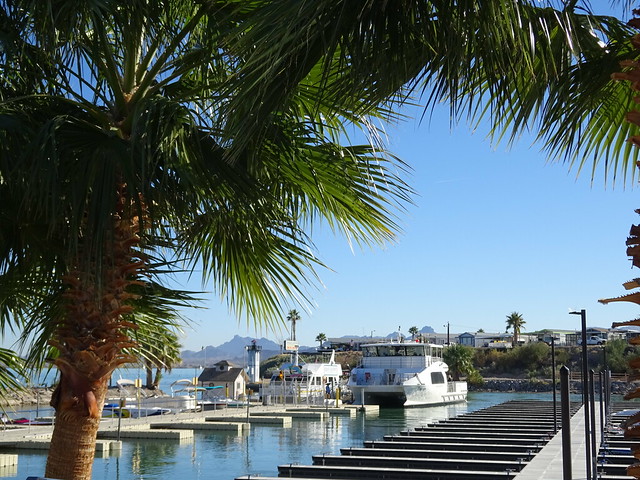 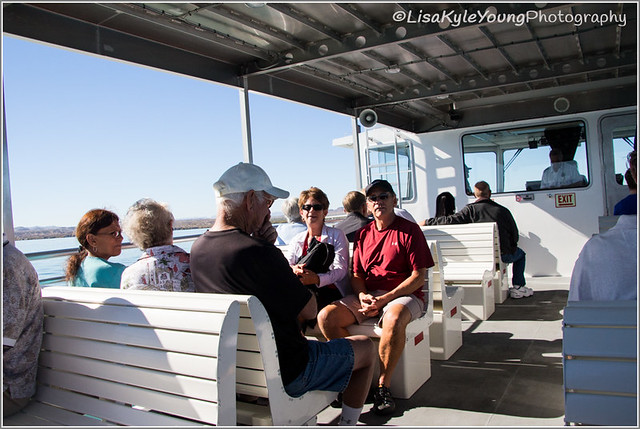 They lost money on us as we stepped into the doorway of the casino, smelled the strong odor of cigarettes, and turned back around.  We then walked up the street to a bar/restaurant for some lunch while waiting for the return ferry.   Havasu City, CA is a very small town and nine out of ten vehicles is either a golf cart or ATV. 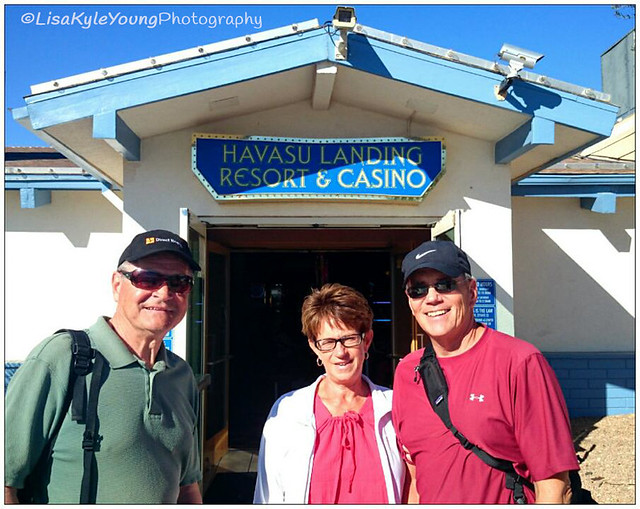 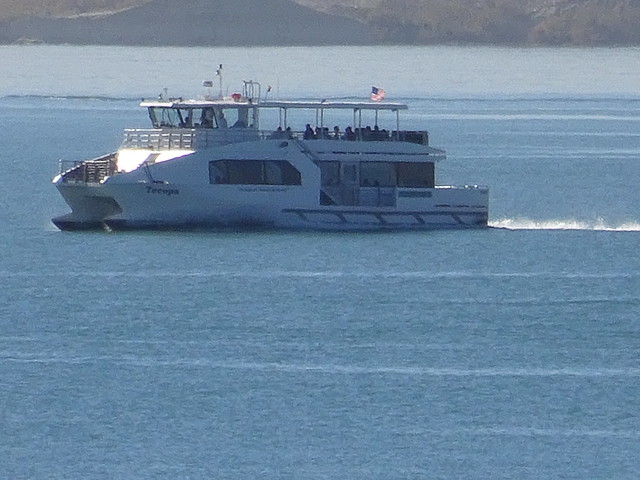 One of the most attended activities in Lake Havasu City is the lighting ceremony for the annual Festival of Lights.  The honor of flipping the switch turning on the holiday lighting goes to the first swimmer to cross from the island to the mainland next to the London Bridge.  With a water temperature of about fifty degrees the swim was only for the hearty/crazy. 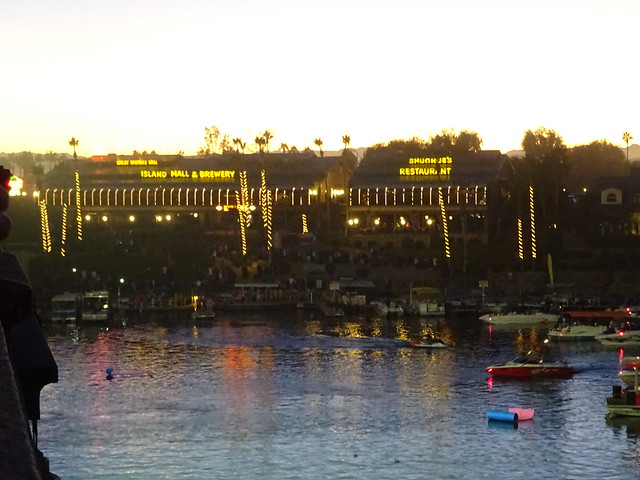 The start line across the channel 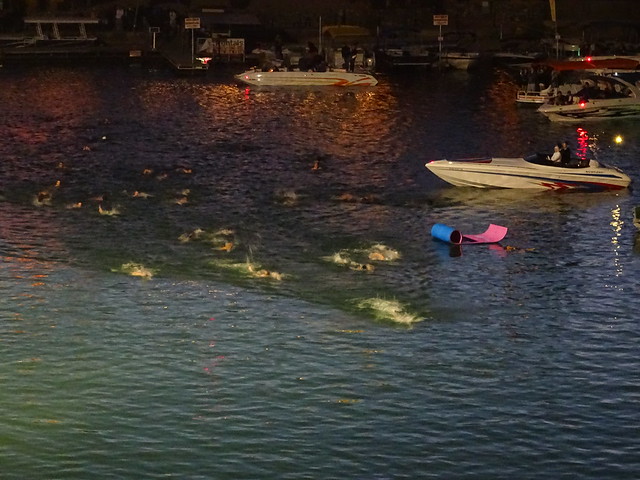 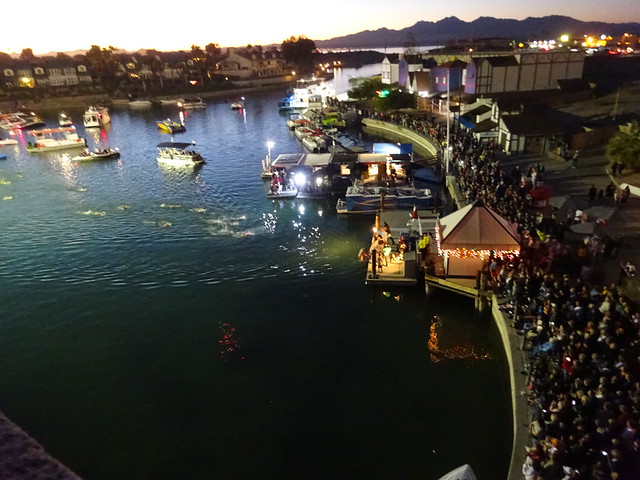 The winning swimmer exits the water

The lighting ceremony took place on a bandstand under the far side of the bridge where we couldn’t see it.  So we crossed the bridge to the island side to enjoy dinner while they had the ceremony.  They claim that there are over 500,000 lights along the channel near the bridge. 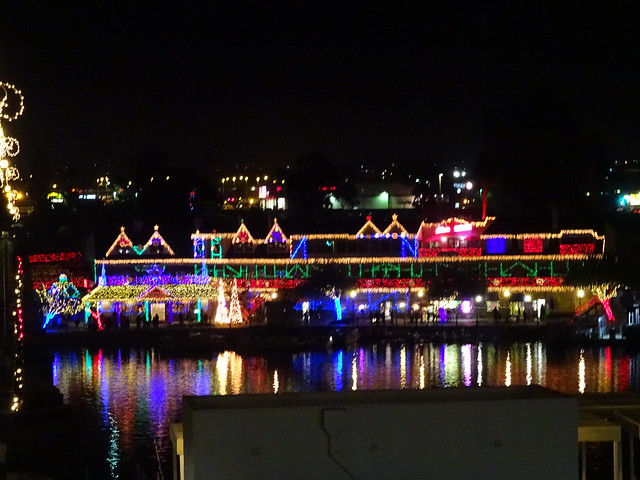 From the island side we could see a blue lit walkway along the channel so we went back across to check it out. 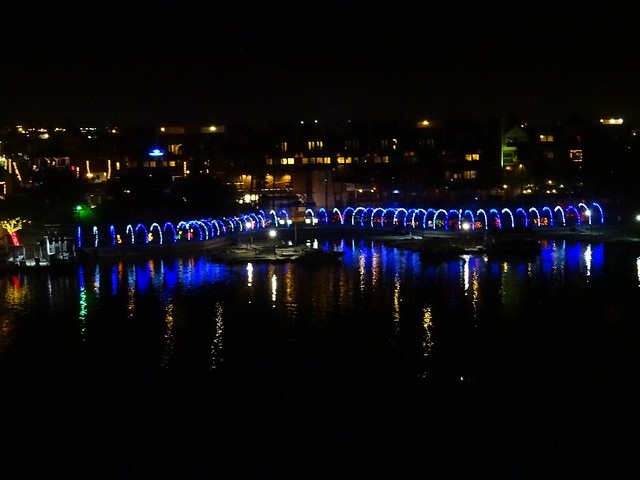 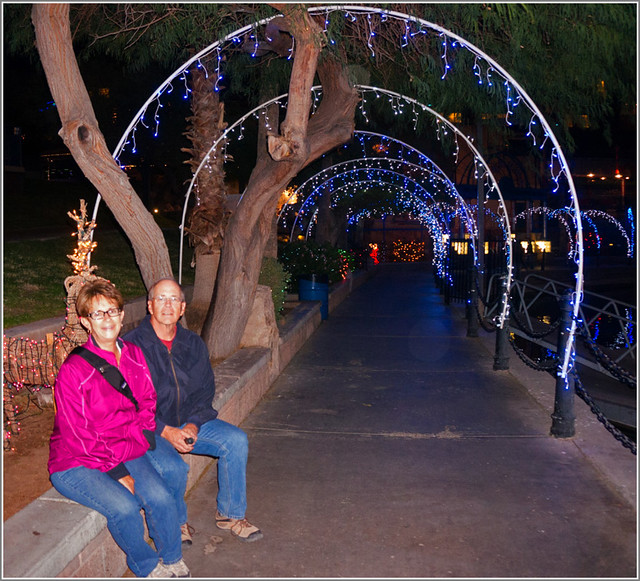 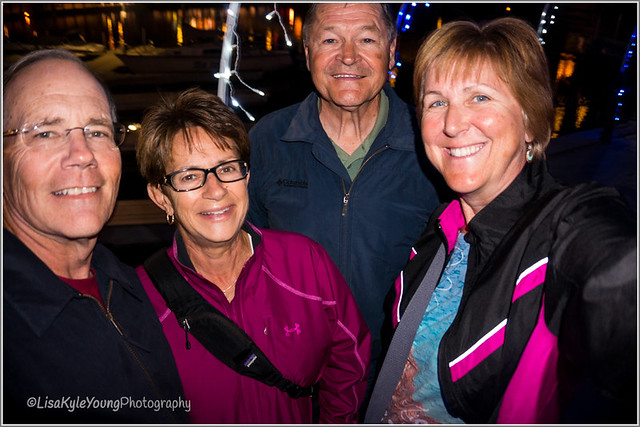 We had a great time during our stay near Lake Havasu.  The weather was great (don’t come here in the summer!) and there is so much to do.  But now it’s time to head toward San Diego! 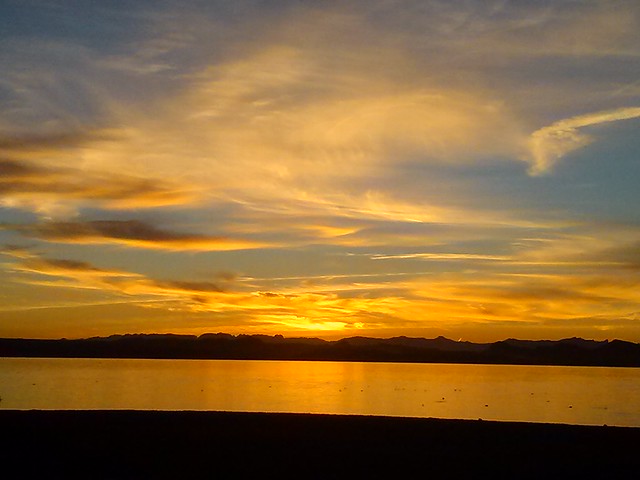