Posted on December 2, 2014 by placestheygo

In our previous post we highlighted a hike to the Crack in the Mountain, just south of Lake Havasu City, with Norm and Lisa of Those Young Guys. The area has a couple of other great hikes that we completed.  The first was to Keyhole Landing, again with Norm and Lisa.  Its an easy hike down through a wash for about three and a half miles to a secluded section along the shore of Lake Havasu. 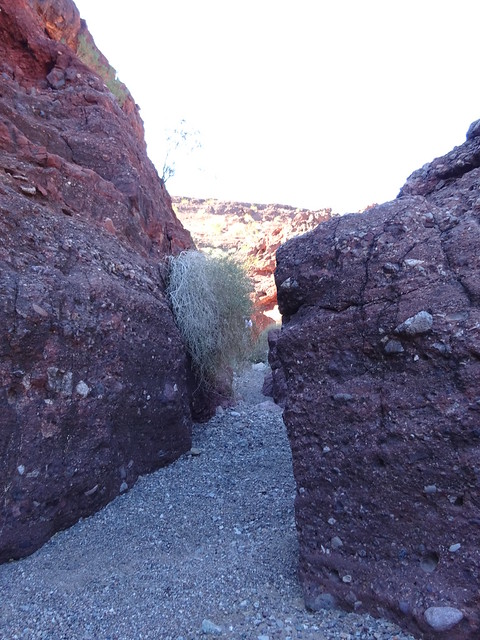 Hiking through the wash 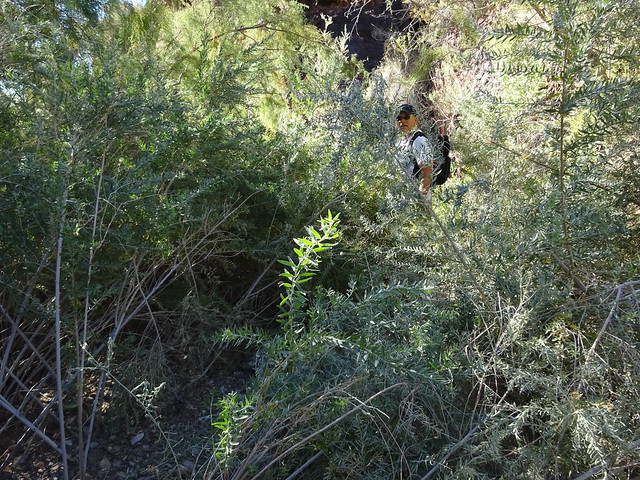 A bit of bushwhacking was necessary near the lake 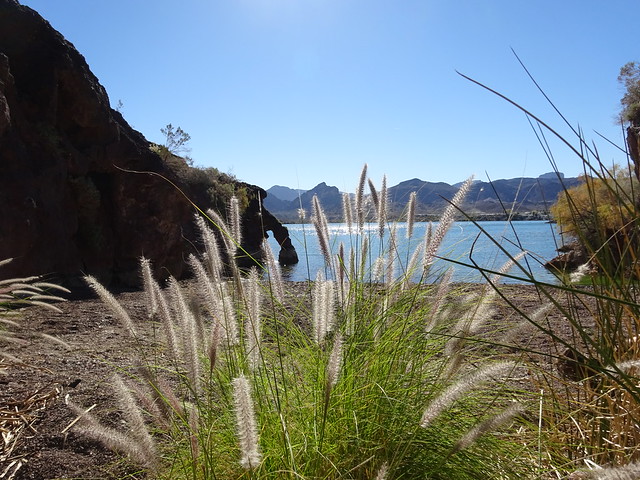 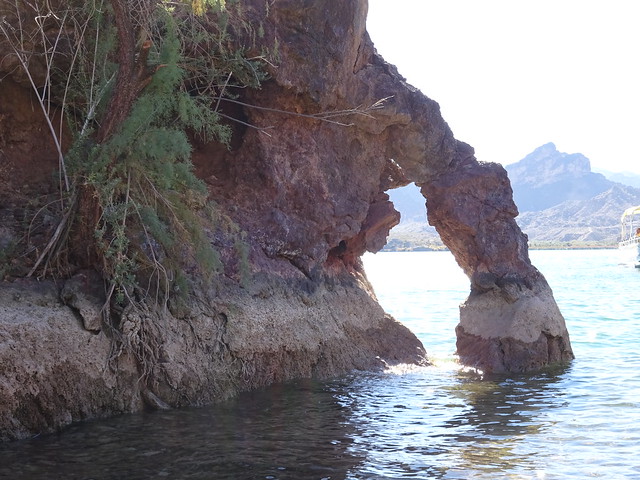 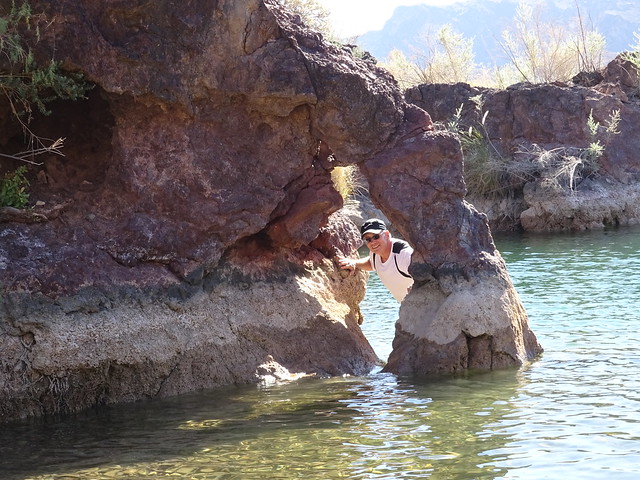 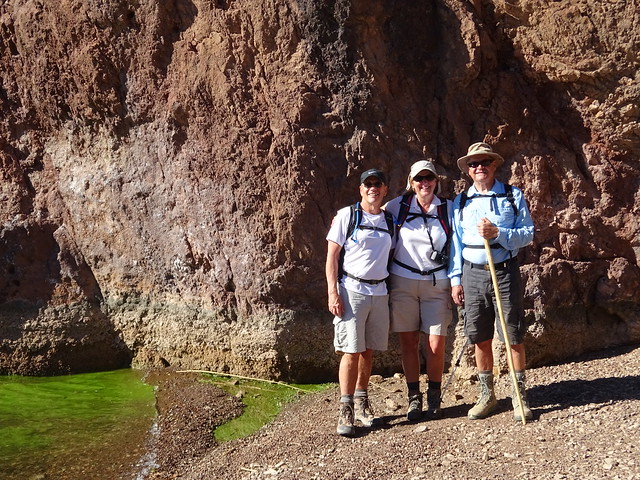 As we hiked the return trail we could see a point called Lizard Peak in the distance.  It looked like it would have a great view of the lake, so we put it on our “to do” list. 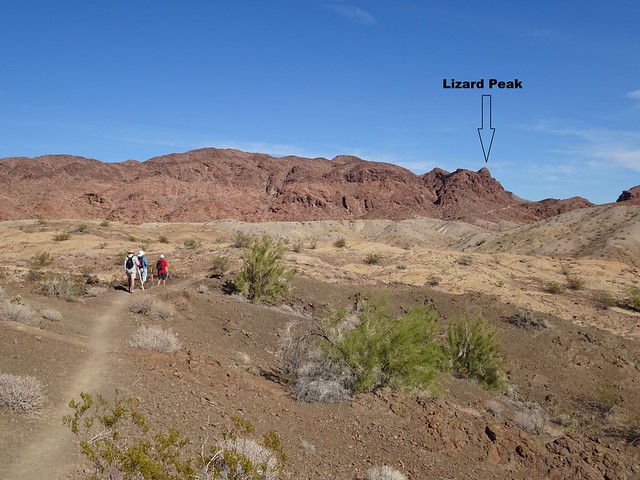 So a couple of days after Norm and Lisa headed south, we decided to climb up to check out the view.  The hike up to the peak is not very long, only a bit over a mile, but the elevation gain is a bit steep. 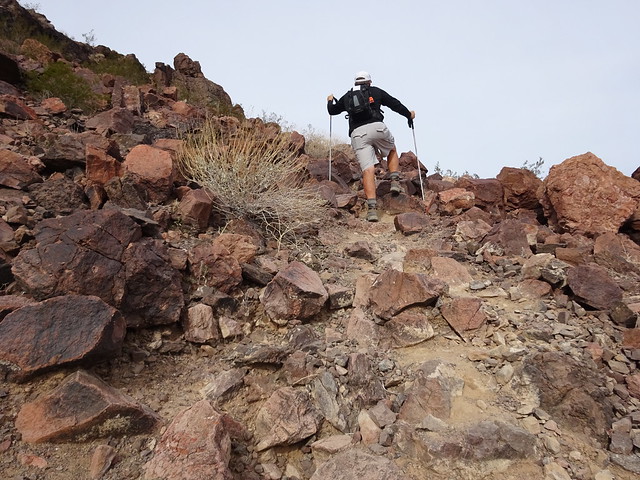 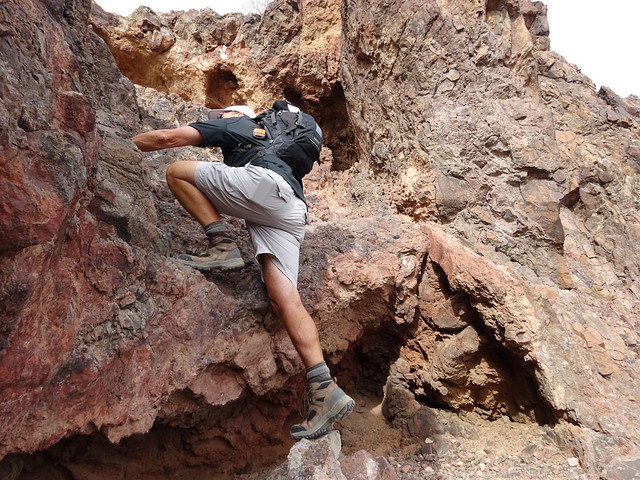 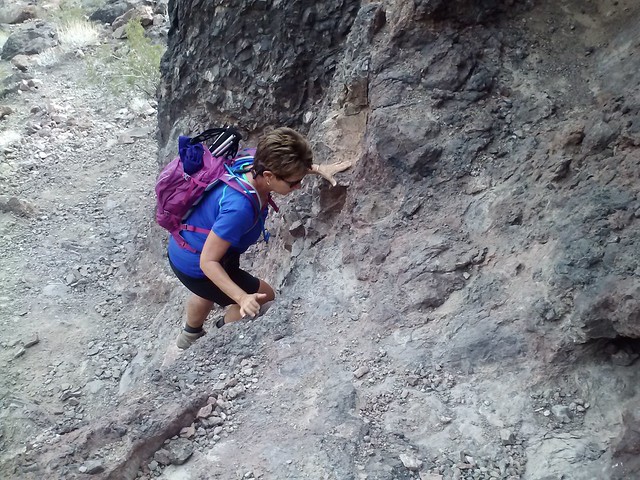 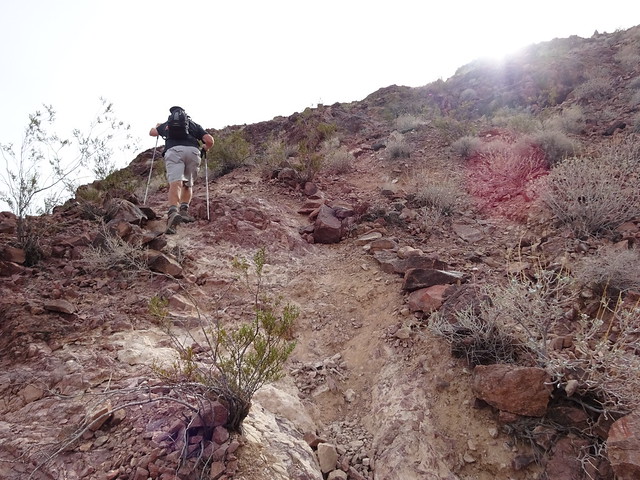 Once up to the peak, the views were impressive. 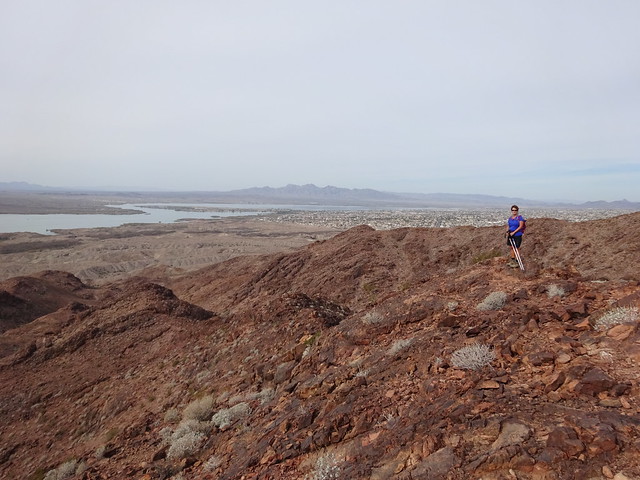 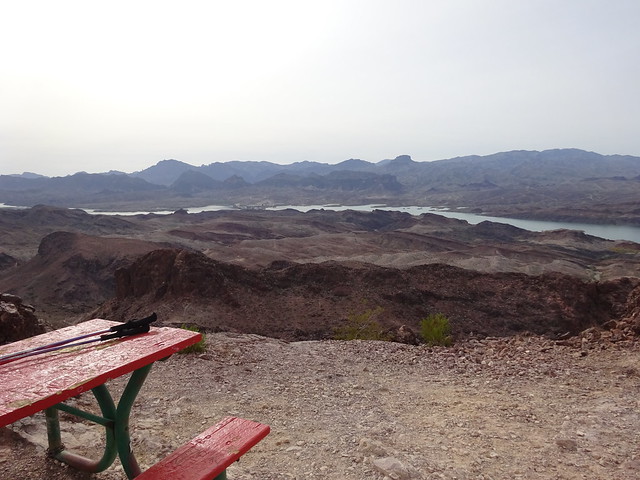 At one point John hiked down the peak to set up the camera for a timer shot.  He then quickly hiked back to the top to be in the picture.  Good thing he’s retained the speed of his youth because the timer only lasts for 30 seconds! 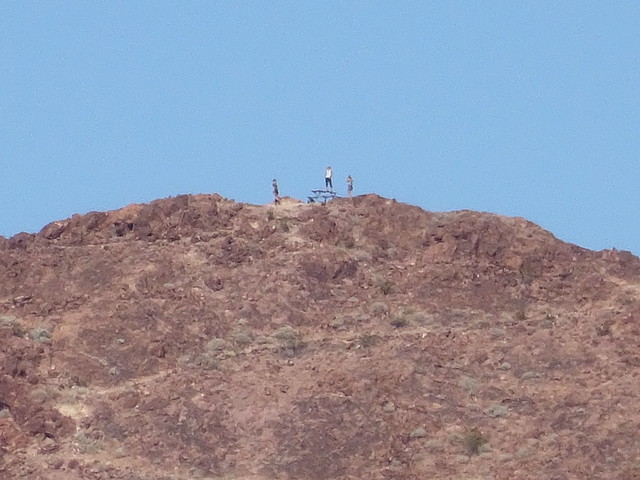 From the peak we could see a rock formation someone built in the sand far below. 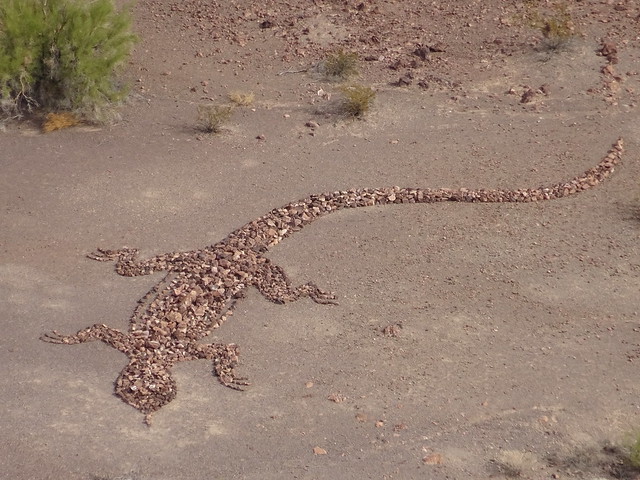 We hiked back down to the base to get a closer look at the giant lizard. 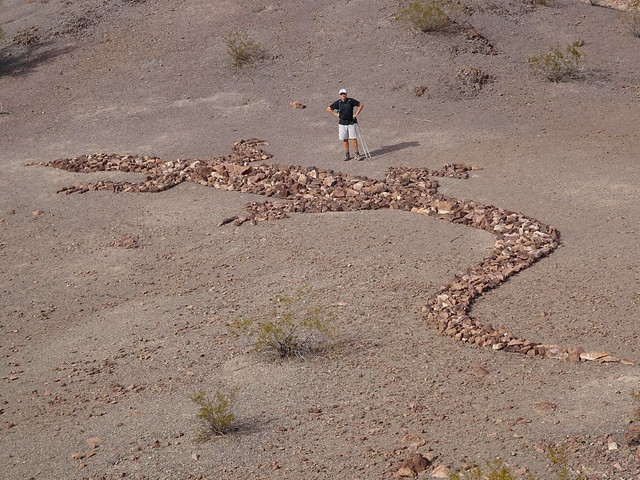 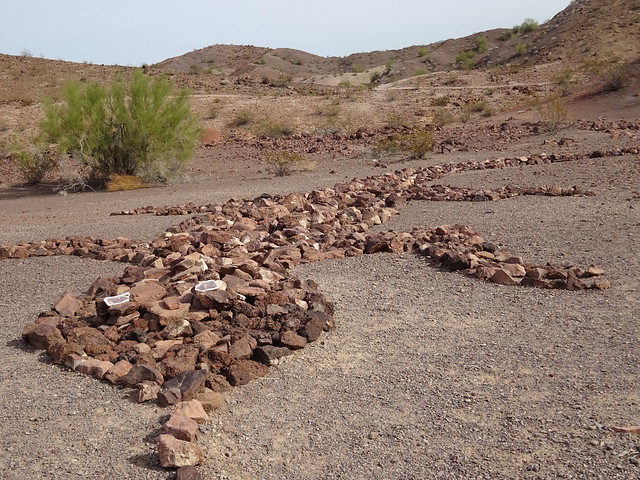 Three different hikes starting in the same parking area!  Each one had a different challenge and provided different scenery.  Enjoying two with Norm and Lisa just added to the fun.