Last Friday morning we left Furnace Creek in Death Valley and drove about 260 miles back to the south east to Lake Havasu City, AZ.   Lake Havasu is created by Parker Dam, on the Colorado River about 30 miles to the south.  Lake Havasu City is fairly new, established in 1963, and its claim to fame is the London Bridge.  What?  Isn’t the question, “Where is the London Bridge?” sort of like the old joke, “Who’s buried in Grant’s tomb?”  Apparently not, as this bridge is definitely not in London anymore!

The bridge was purchased for $2.5 million from the City of London when it was replaced in 1968.  The bridge was disassembled, each piece was marked with a number, and the marked stones were shipped to Lake Havasu City and reassembled for another US $7 million. It opened in October of 1971. 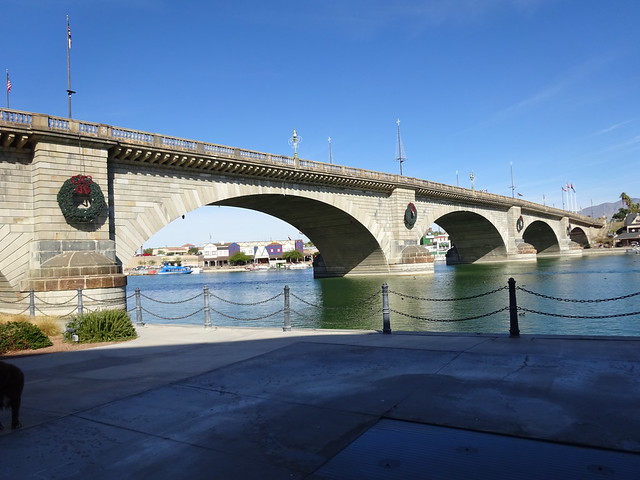 The bridge was not reconstructed over a river, but rather it was rebuilt on land in a position between the main part of the city and Pittsburgh Point, at that time a peninsula jutting into Lake Havasu.  Once completed, the Bridgewater Channel Canal was dredged under the bridge and flooded, separating Pittsburgh Point from the city, creating an island. 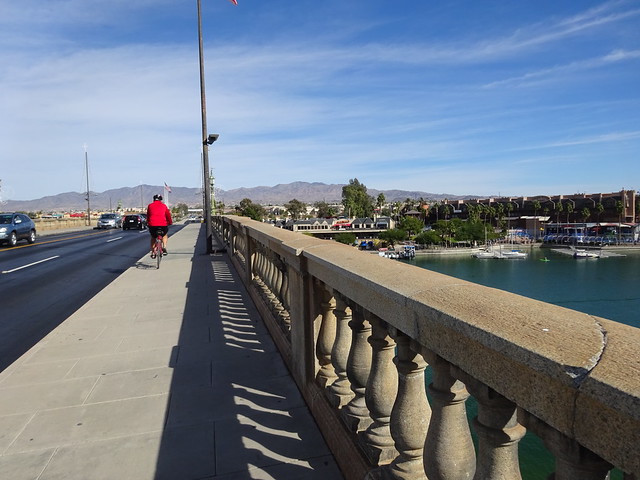 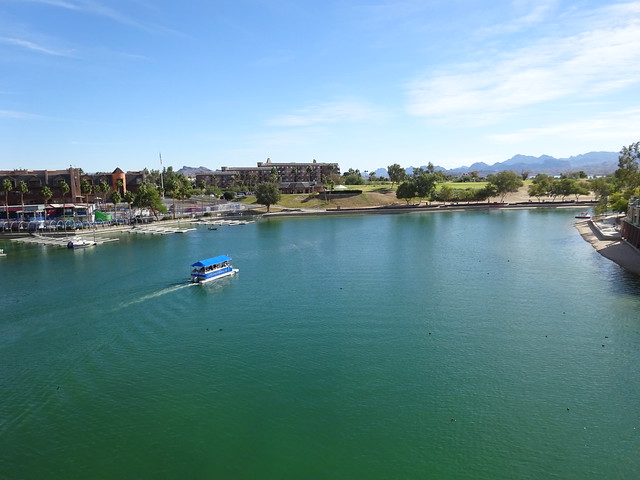 The Bridgwater Channel Canal from the center of the bridge

We are set up in the Lake Havasu State Park, just north of the bridge, for the next two weeks.  There are a number of recommended hikes in the area so expect more rock pictures in the future.  As we speak, the nimble hiker is busy reviewing future adventures.