Hiking with New Friends from England

One of the neat things about writing a blog is reading comments from people we have never met, especially those from outside the U.S.  We have a few readers from far away places and one couple has commented a number of times.  Lindsay and Neil are from England and have visited the U.S. many times.  When they commented that they would be in the Las Vegas area during our stay here, we arranged to meet and do a little hiking together.

Lindsay has a little painful problem with a foot, so it was clear that a short hike would be best for her.  We headed to Anniversary Narrows as we did this hike about two weeks ago and thought Lindsay and Neil would enjoy it as much as we did. 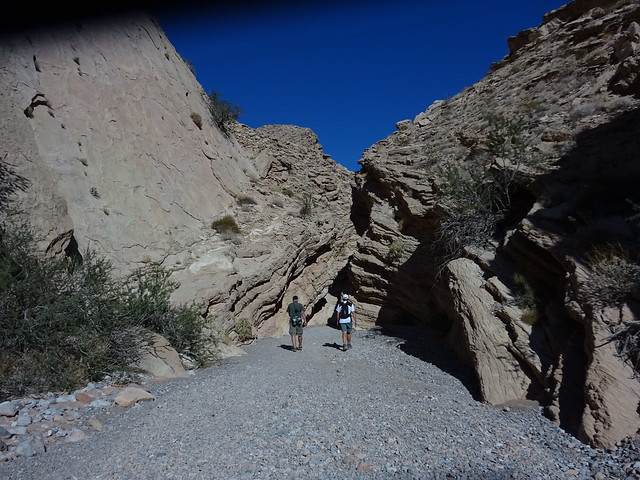 Heading into the narrows 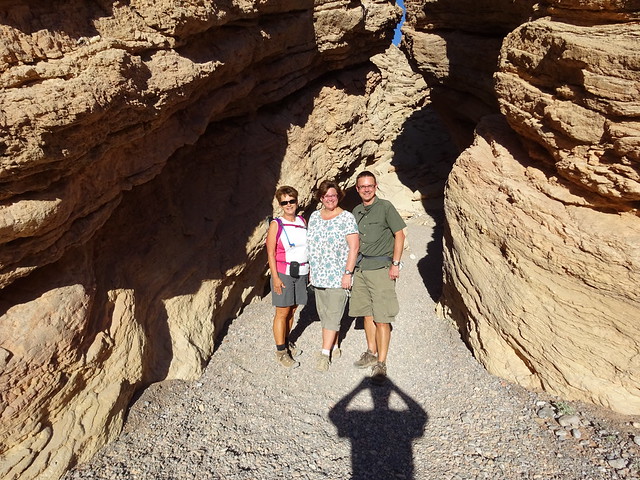 Group pose with Pam, Lindsay, and Neil.  John is just a shadow of himself! 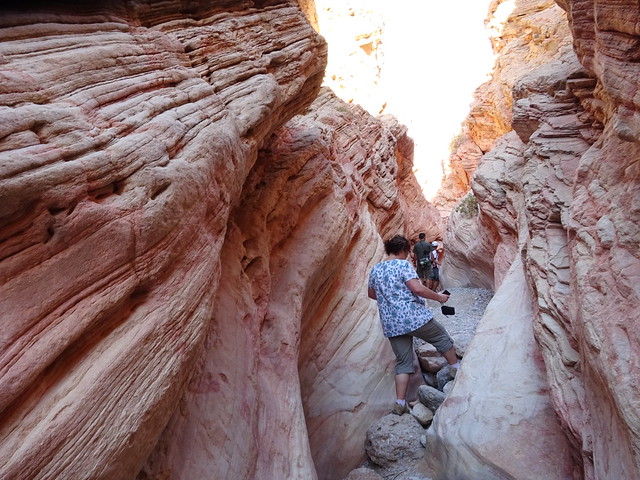 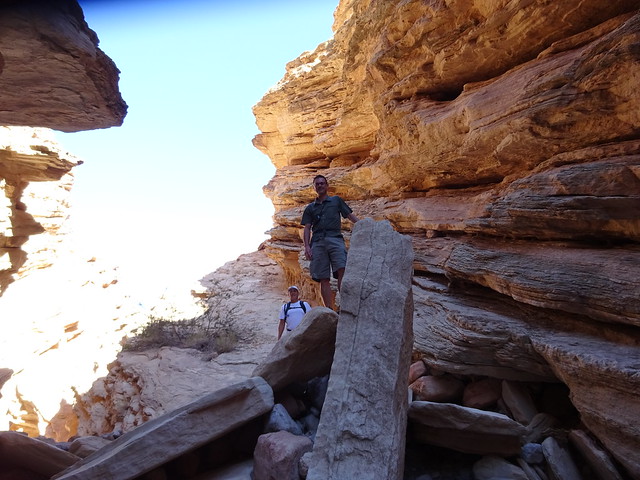 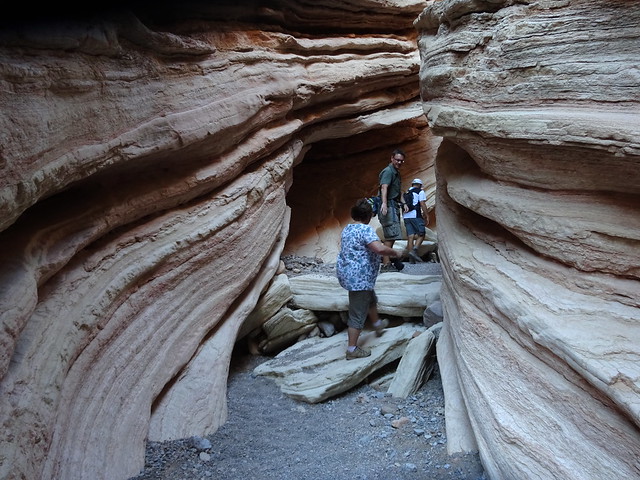 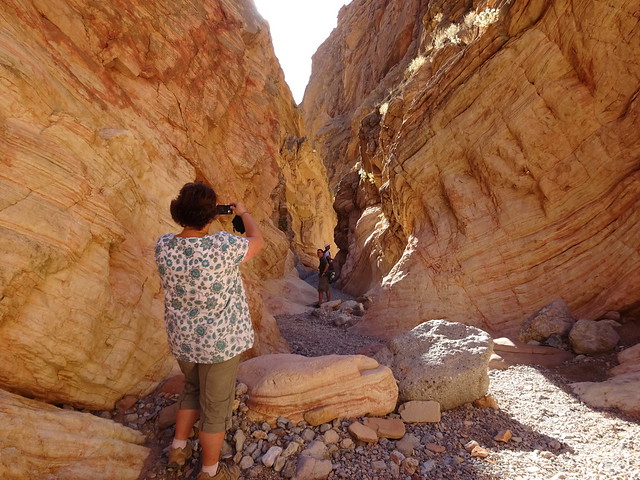 We finished hiking Anniversary Narrows and Lindsay’s foot was feeling good, so we decided to extend our day by hiking into the nearby Bowl of Fire.  We returned to the Jeep, drove up Callville Wash another couple of miles, and hiked into the Bowl. 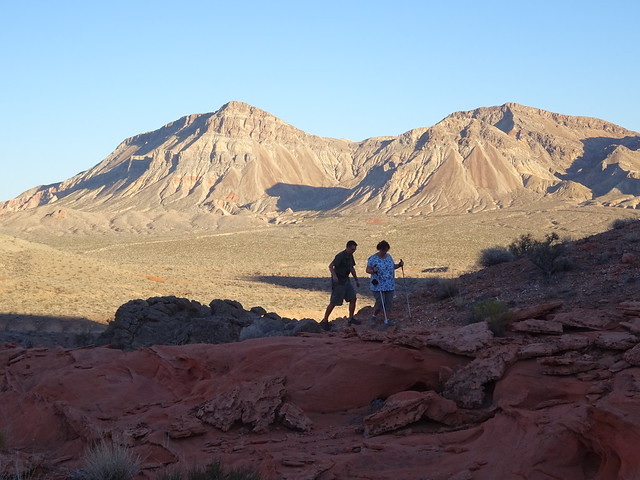 As we crossed over a rock outcropping, we spied the little guy pictured below. 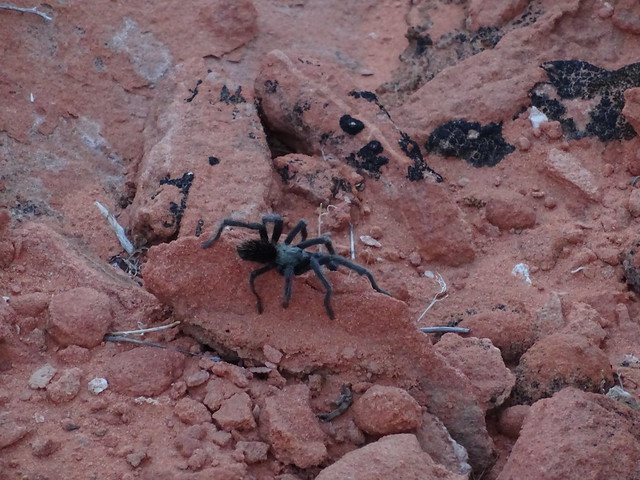 Is this a baby Tarantula? 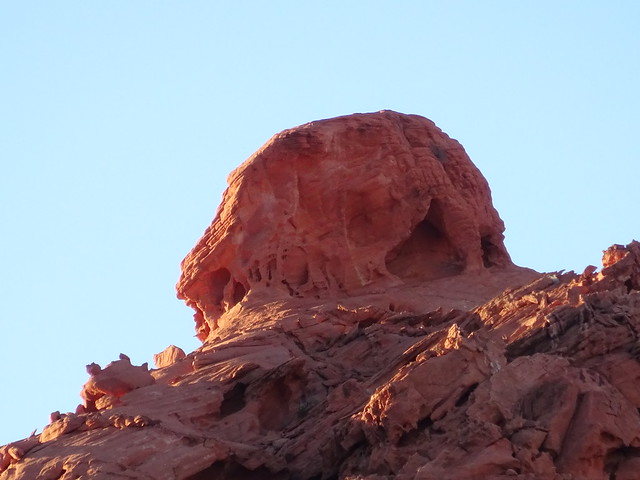 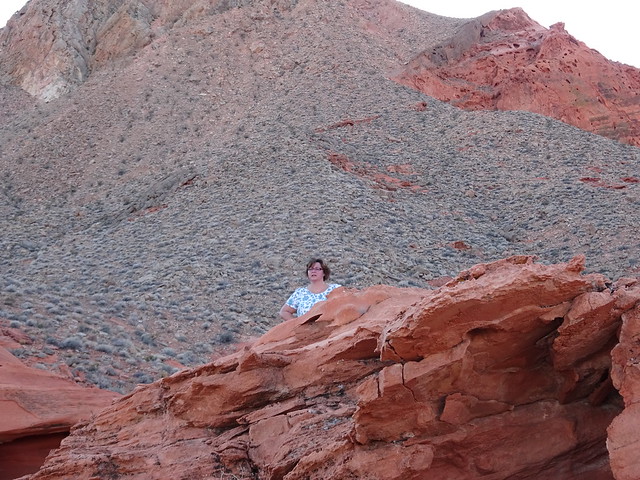 We really enjoyed spending some hiking time with Neil and Lindsay.  They are a very adventurous couple who have done extensive touring in the U.S.  In fact, they have visited more places in this country than probably 90% of Americans!

Hopefully we will cross paths with them again in both our travels.

12 Responses to Hiking with New Friends from England