When we arrived at Valley of Fire State Park, we stopped at the visitor center to ask about hiking trails.  A park ranger told us about a little used trail that split off from the park’s most popular trail through an area known as White Domes.  The Prospect Trail winds for five miles through a number of canyons.  It is not maintained by the park so it is a bit rough in some places.  The ranger told us there are a number of different colored rocks along the trail, which hooked the nimble hiker immediately.  So on our second day in the park we decided to explore a portion of this trail.

WARNING: If you are already tired of looking at rocks, now is a good time to go to ESPN.com! 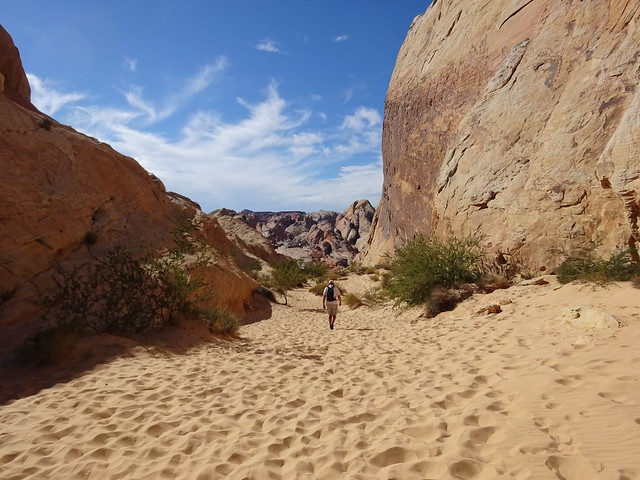 The first part of the White Domes Trail 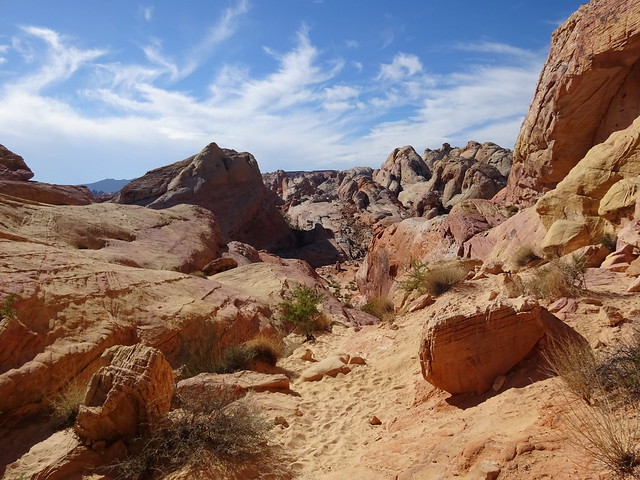 Looking down the trail into a wash 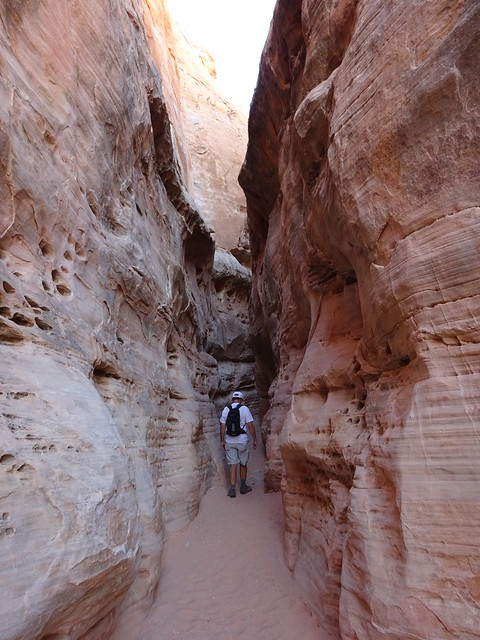 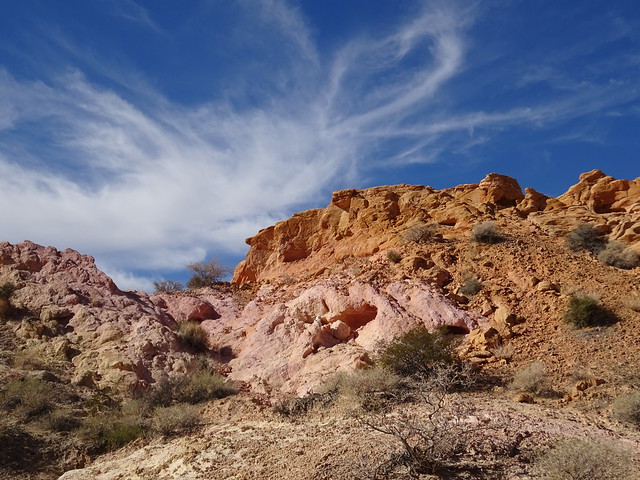 Turning left on to the Prospect Trail 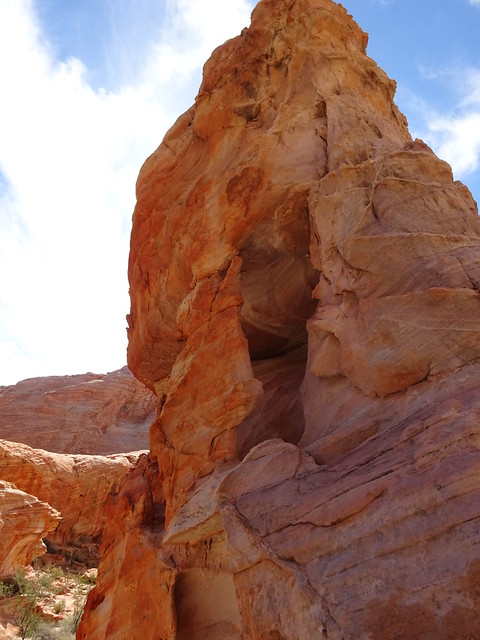 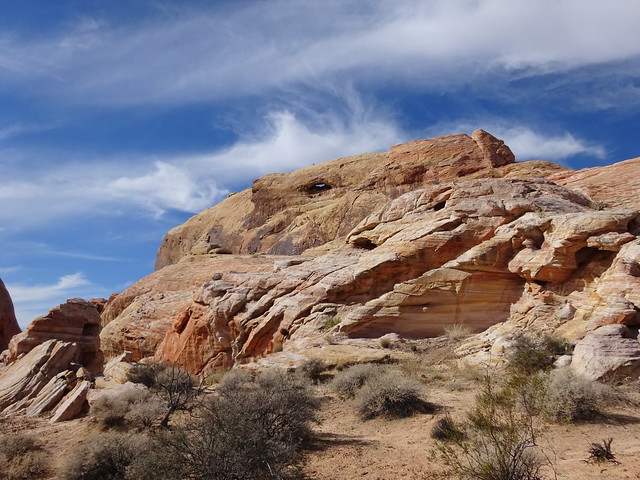 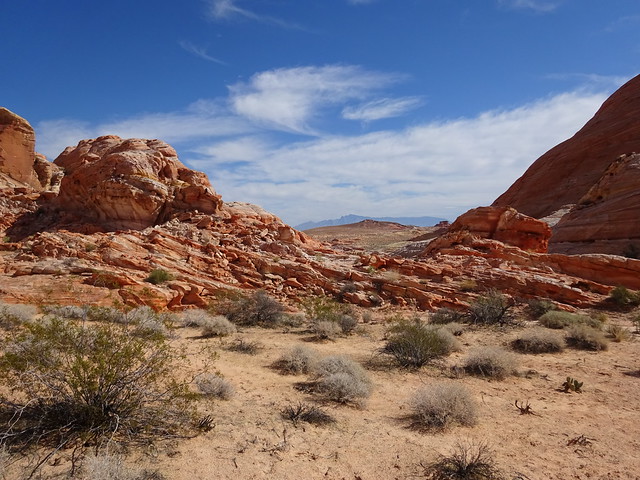 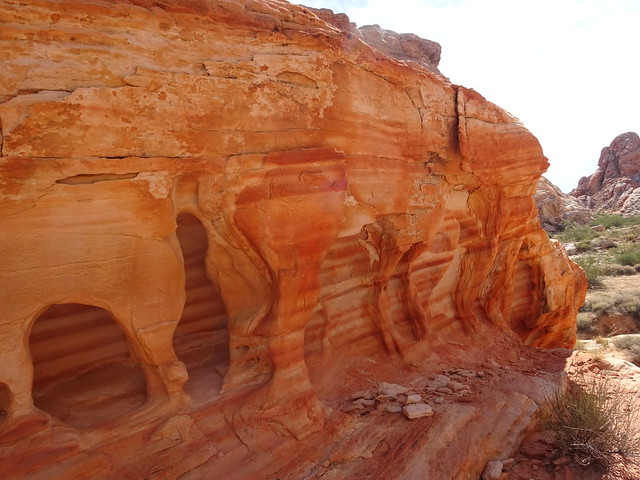 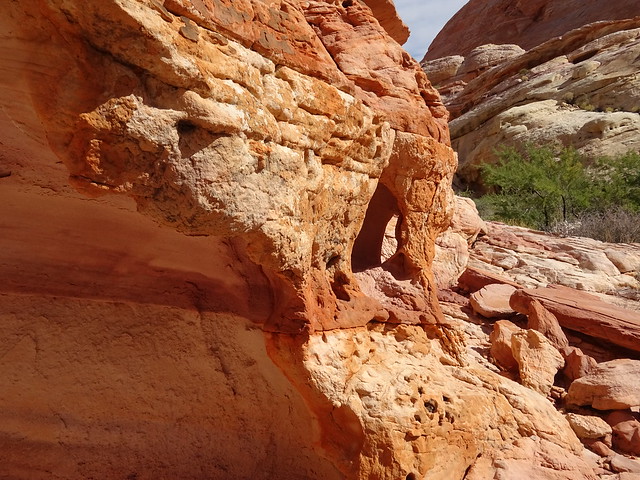 At one point on the Prospect Trail we came upon a couple parts of a skeleton.  John put the two together to get a better look at this guy. 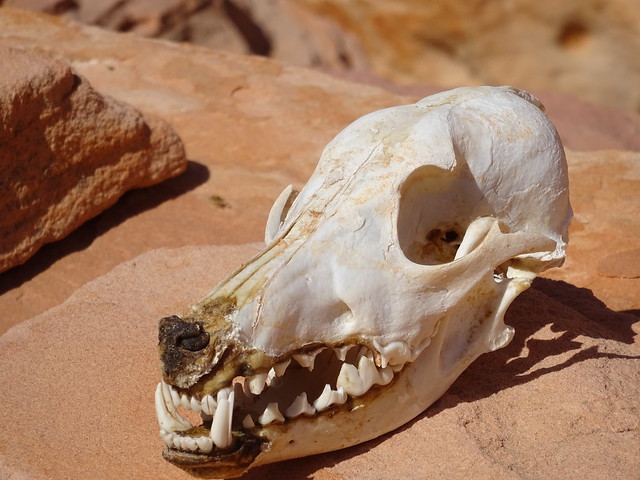 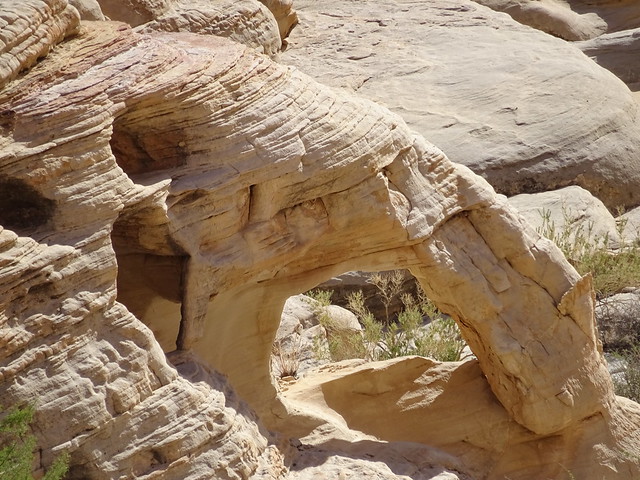 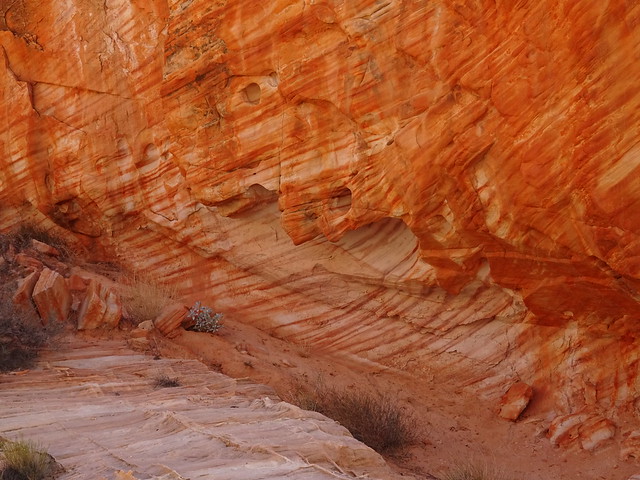 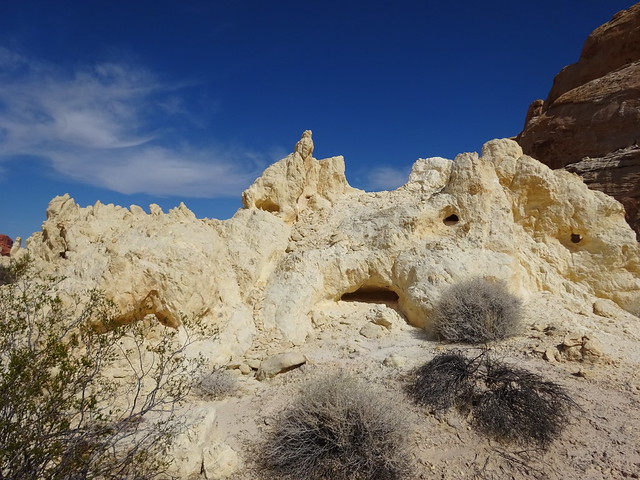 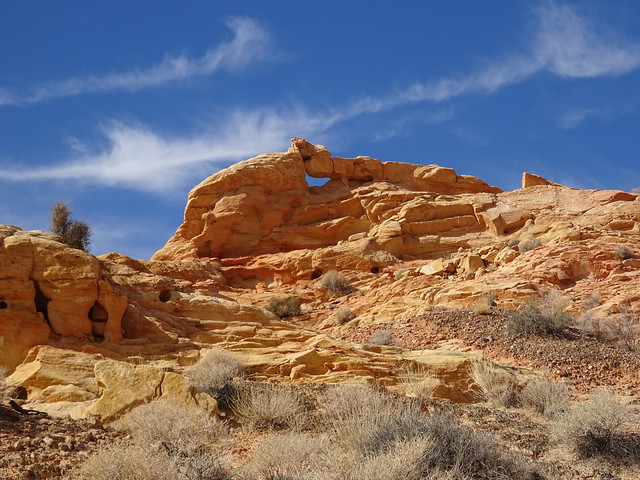 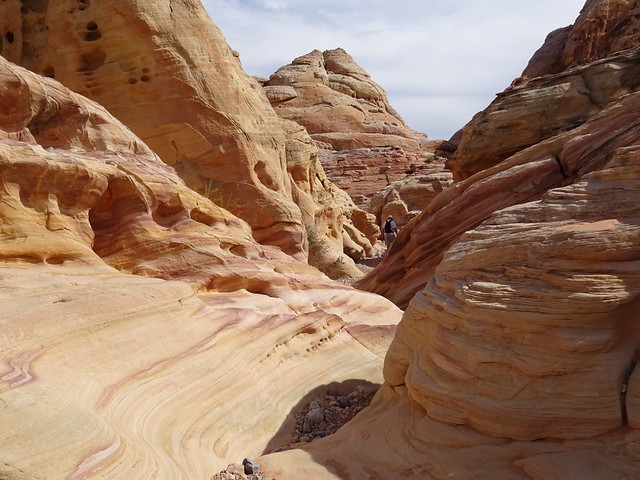 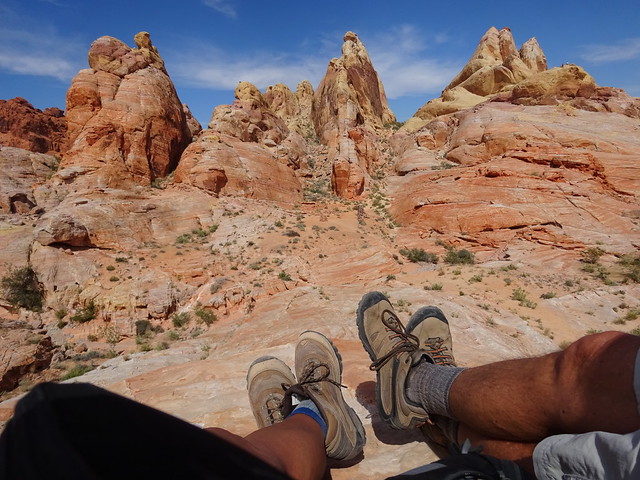 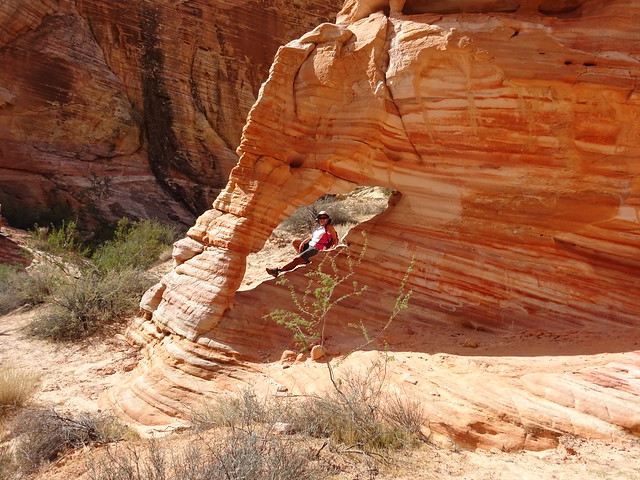 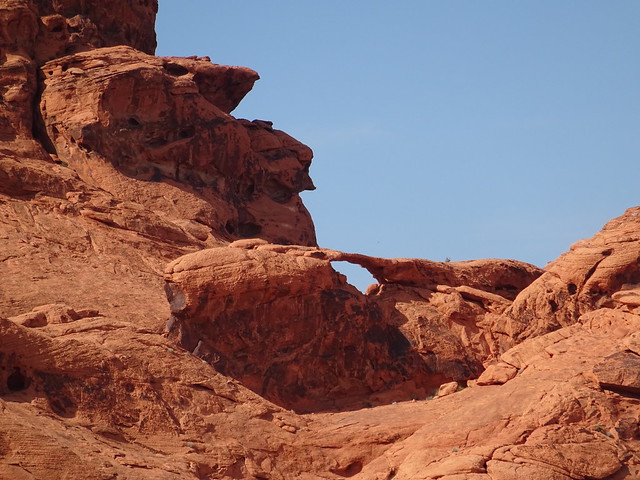 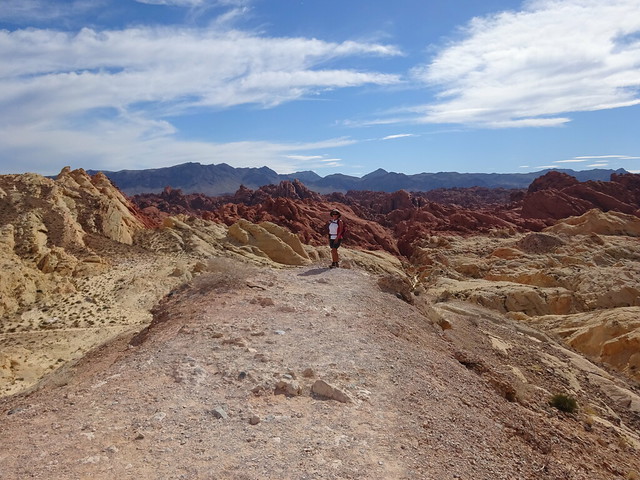 Valley of Fire isn’t a very large park.  You can visit most of the scenic areas and do most of the popular hikes in a day or two.  But its beauty is beyond description.  Only an hour’s drive from Las Vegas, it should be on everyone’s must see list!