A Visit to Polson, then on to Missoula

Posted on September 28, 2014 by placestheygo

After a month of traveling and hiking, we decided that it was time for a couple of days of down time.  So we pulled out of St. Mary on the east side of Glacier NP and headed around the park on Rt. 2.  Once around the park we turned south on Rt. 89 headed to Polson on the southern shore of Flathead Lake.  Friends, Dave and Sue, visited Polson last year and had very positive things to say about the Polson Motorcoach and RV Resort, an upscale park overlooking both Flathead Lake and the Polson Airport.  After weeks of staying in parks of various levels of quality, we decided that we deserved a little bit of luxury.

The park is part of a complex with a very nice KOA.  The KOA is located on top of a hill while the motorcoach resort is on three tiers cut into the hillside below.   The picture below shows the resort from a distance (the arrow is our site).  Many of the sites are vacant now as the resort will close for the winter in two weeks.

The views from the front of our site are fantastic.  We look at the Mission Mountains in the distance, Flathead Lake below the mountains, and the small airstrip directly in front of us.  The mountains were covered in haze for most of our visit due to wildfires in the west. 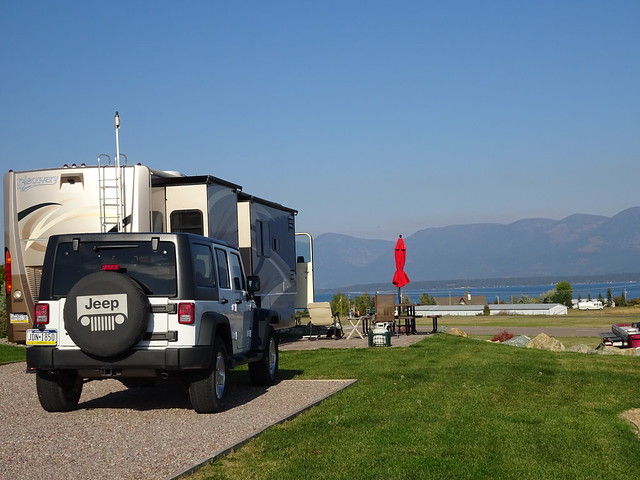 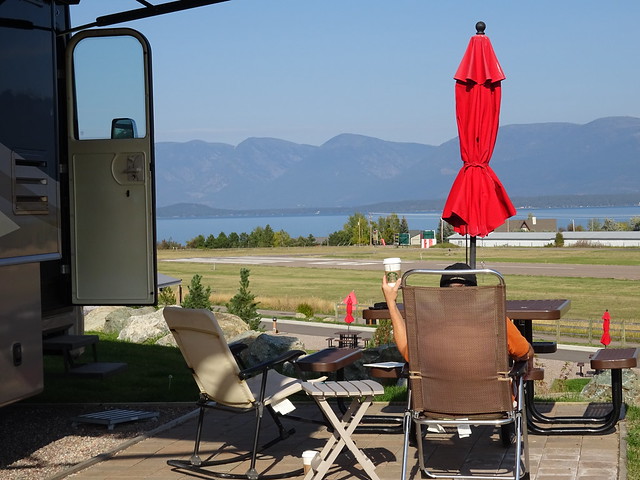 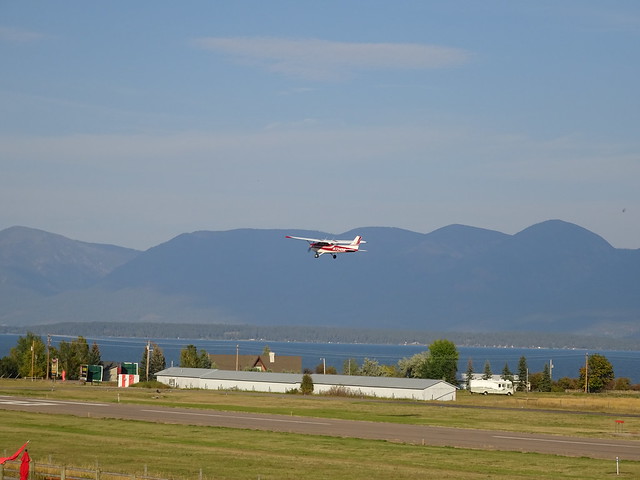 During the trip to Polson we had to drive on some wet roads.  While this may not seem to be a big deal, wet roads throw up a great deal of dirty water which covers the back of the motorhome and the Jeep with a layer of grim.  So we spent a day washing both vehicles and doing some cleaning inside.

The weather report was calling for a few days of rain in this area later in the week, so we only stayed in Polson for two days before moving on.  We are now settled in at Jim and Mary’s RV Park outside of Missoula.  While not as “upscale” as Polson, it’s a very nice park only a few miles from the city. 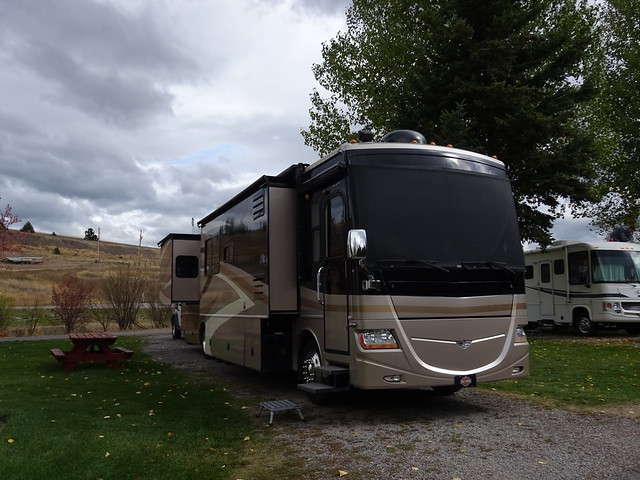 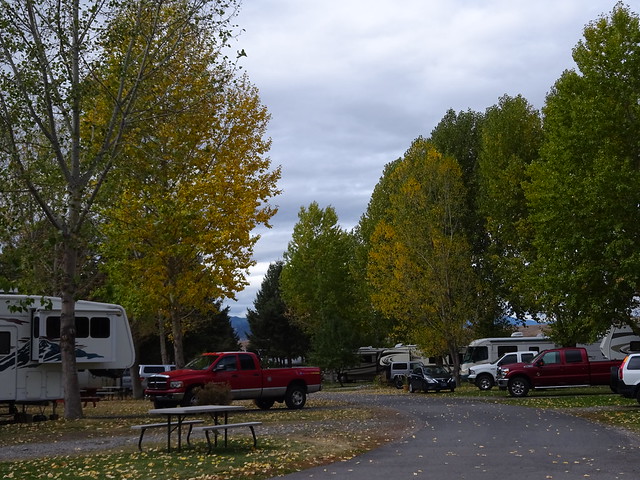 Fall has arrived in Montana

Missoula is the home to the University of Montana and a large “M” looks over the campus and city on a nearby mountain. 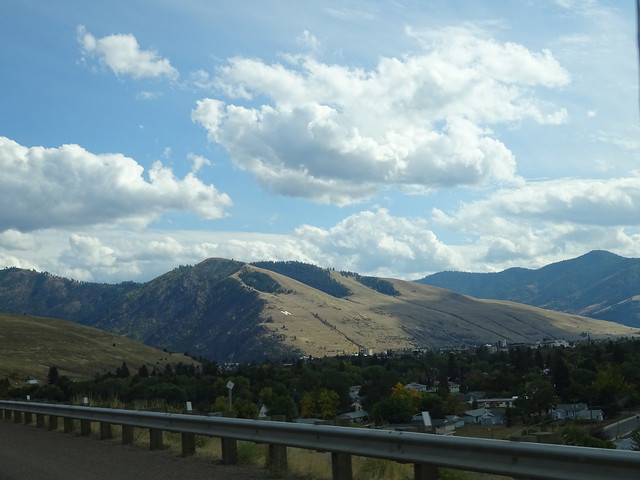 We read that hiking up to the “M” was one of the must-do activities for visitors to Missoula.  Upon hearing that the nimble hiker began to salivate, so as soon as we were set up in the RV park guess where we headed! 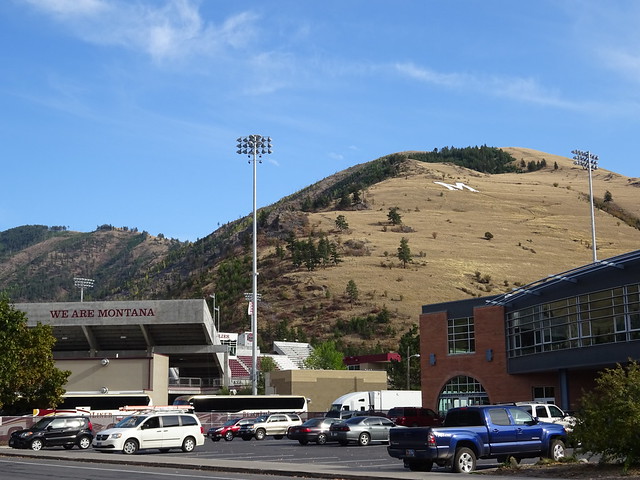 The trail up the hillside begins next to a parking lot behind the football stadium. 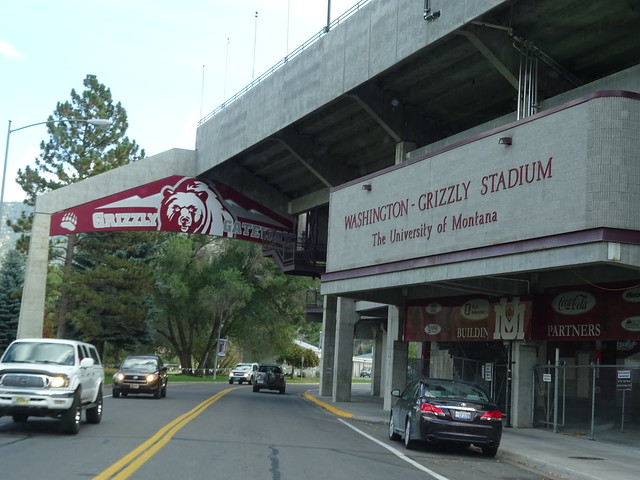 The hike up to the “M” is less than a mile, but it’s all uphill around eleven switchbacks. 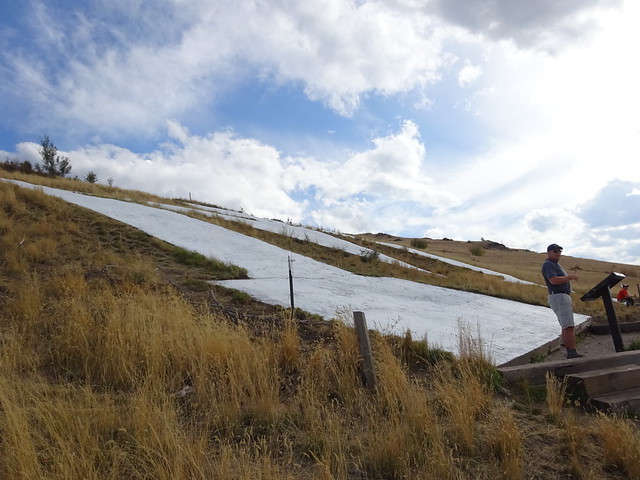 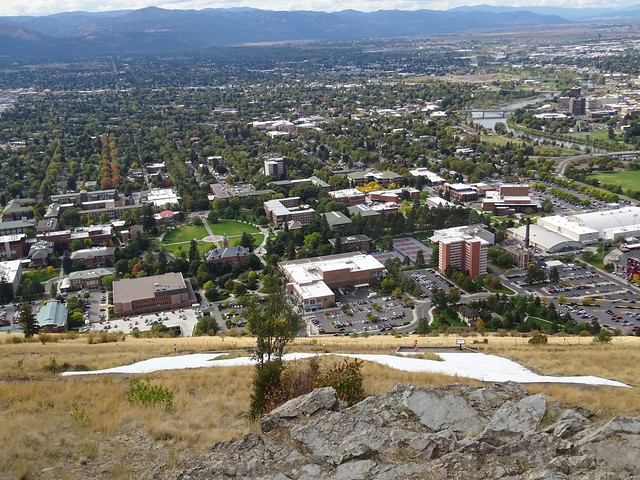 Regardless of what letter it is, the views of the campus and city are great at the top! 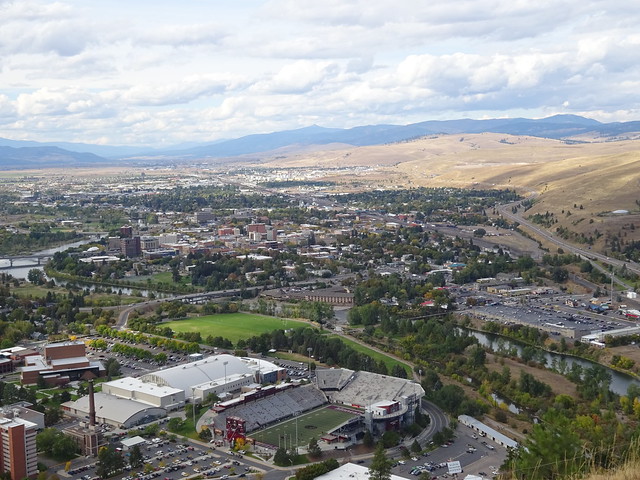 Since the prediction is for some rainy weather the next few days, we’ll just sit tight here in Missoula for a bit before continuing our journey to the south.  We’ll let you know our next destination is as soon as we figure out where it is. 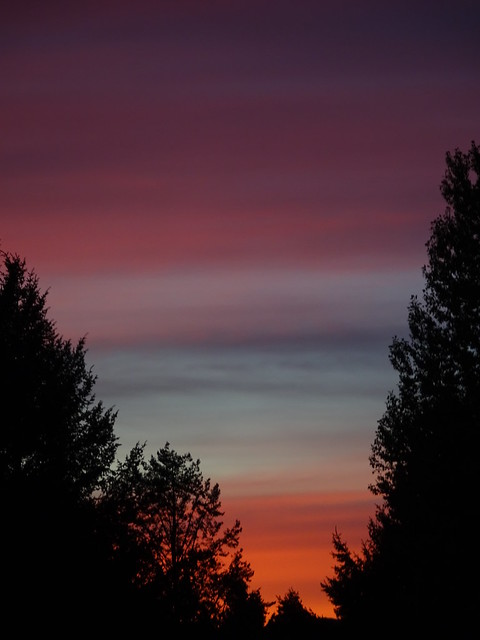 25 Responses to A Visit to Polson, then on to Missoula