Posted on September 25, 2014 by placestheygo

As we reviewed our stay in the Canadian Rockies, we discovered we had left out a few pictures we liked.  So one more post from this area seemed necessary.  One afternoon we drove about forty miles north of Banff on the Icefields Parkway to see Peyto Lake.  This glacier fed lake is named for Bill Peyto, an early trail guide and trapper in the Banff area.

The lake is a main stop for the tour buses taking tourists up and down the Icefields Parkway, so the main lake viewing area is a bit crowded.  Avoiding the crowds, we headed up the hills overlooking the lake for a better look.  As we climbed the path another hiker showed us a little used trail that lead up a rocky hill where we had a great viewpoint. 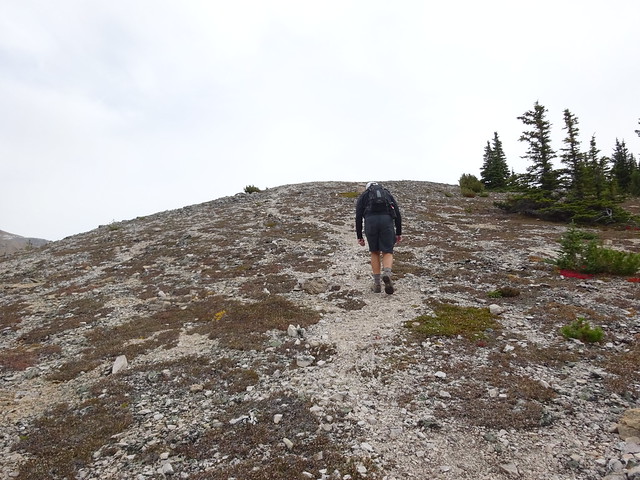 The climb up to the viewpoint 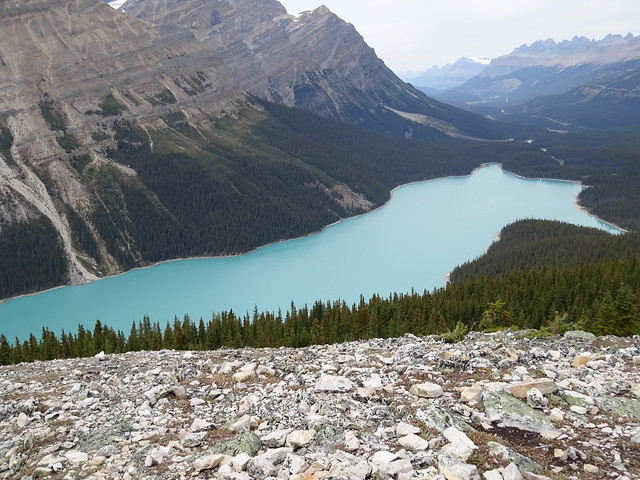 We continued climbing up the trail to the Bow Summit Overlook.   The trail was a bit steep, but we were rewarded for our efforts with a great view of Bow Lake with Bow Peak reflecting in the still water on the left. 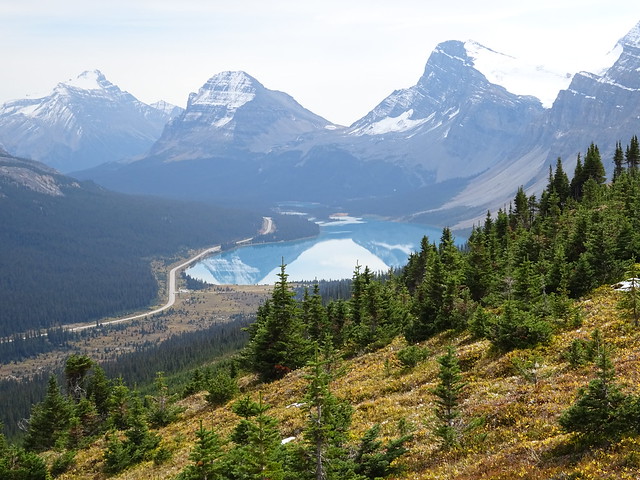 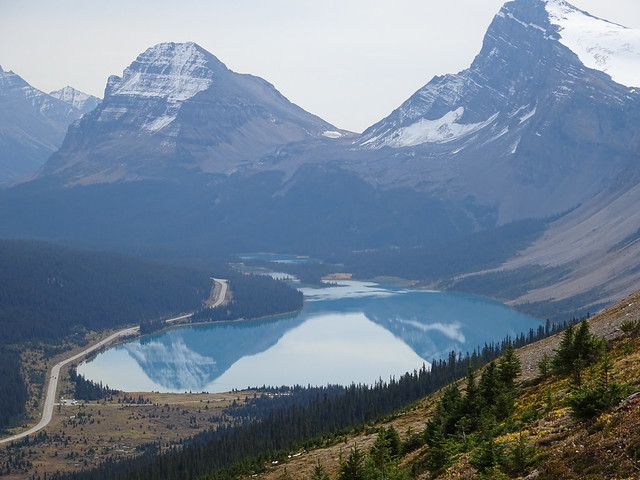 Turning around to the north we had a great view of the Bow Valley in the distance. 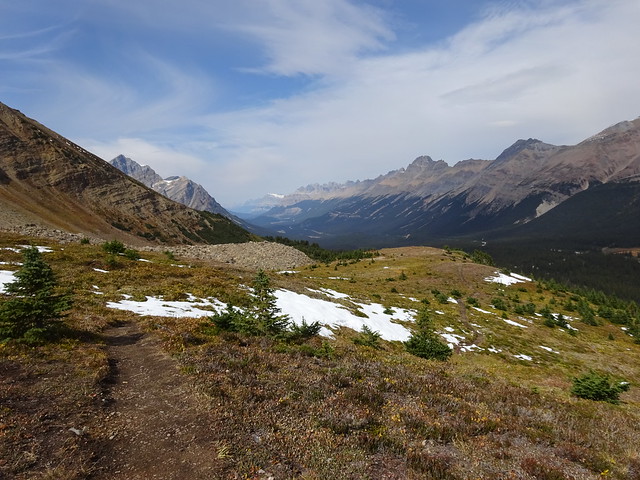 Returning to the Jeep we drove back town the parkway, enjoying great views of glaciers and lakes along the way. 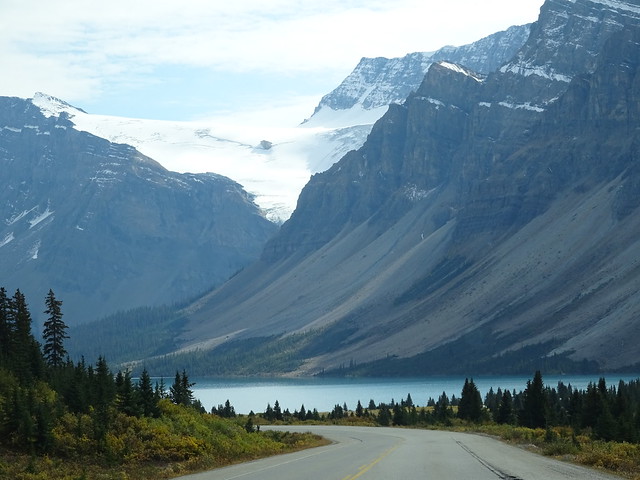 Near Lake Louise we took a side road winding through the hills leading to Moraine Lake, located in the Valley of the Ten Peaks. 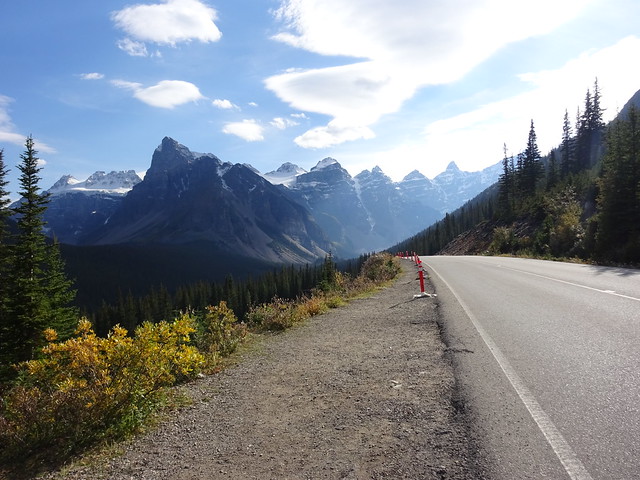 Approaching the Valley of the Ten Peaks 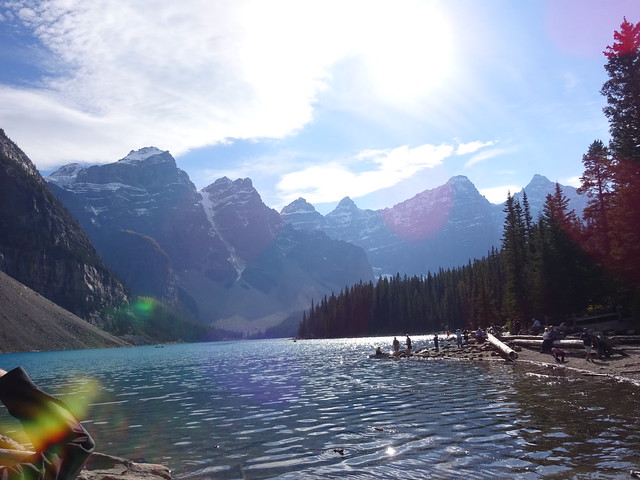 OK, this is (probably) our last post from the Canadian Rockies.  Just a note for anyone contemplating a visit to this area, we stayed in two very nice parks operated by Parks Canada, both with full hook-ups (30 amp).  In Jasper we stayed at Whistler’s Campground and in Banff we were in Tunnel Mountain Trailer Court Campground.  We recommend both, but you need reservations made on-line at the Parks Canada web site.