Posted on September 20, 2014 by placestheygo

The road from Jasper to Banff is designated AB-93 and is called the Icefields Parkway.  It is 140 miles of some of the prettiest scenery we’ve seen.  The two lane road meanders along a valley between two mountain ranges covered with snow and glaciers.  Along the way you pass beautiful mountain rivers and small lakes with blue water.  These brilliantly blue lakes get their color from “rock flour,” sediment that has been transported through the rivers to the lakes. This sediment comes from rocks grinding together underneath a glacier. The fine powder is then suspended in the water and absorbs and scatters varying colors of sunlight,  giving a milky turquoise appearance.

Our tour photographer was busy during the ride along the parkway.  The scenes need no narrative, so we’ll just post the pictures and let them tell the story. 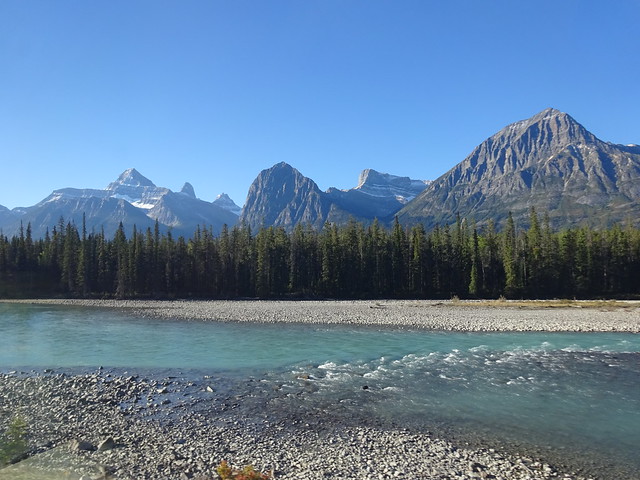 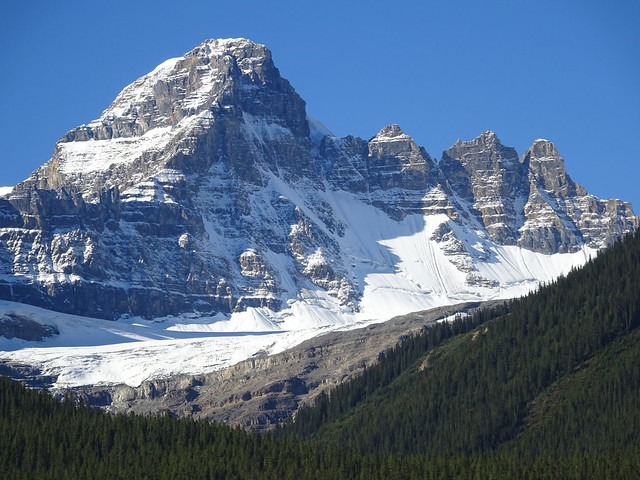 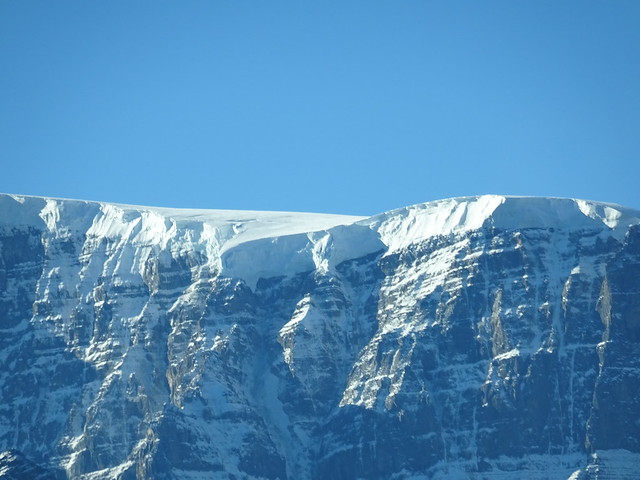 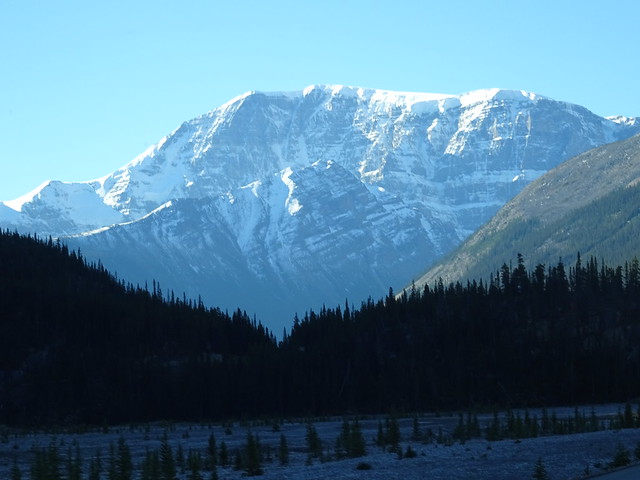 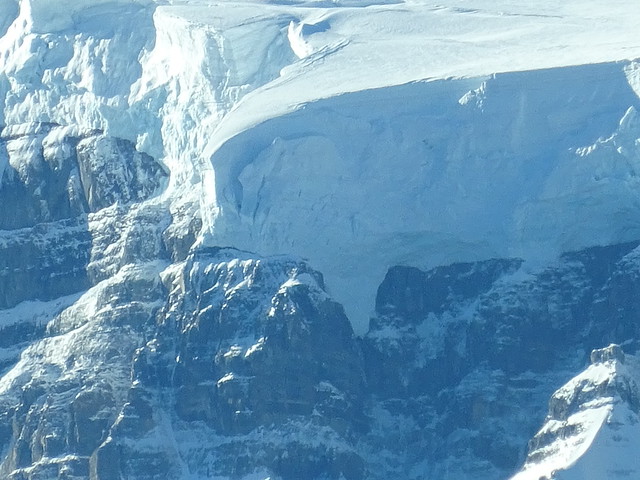 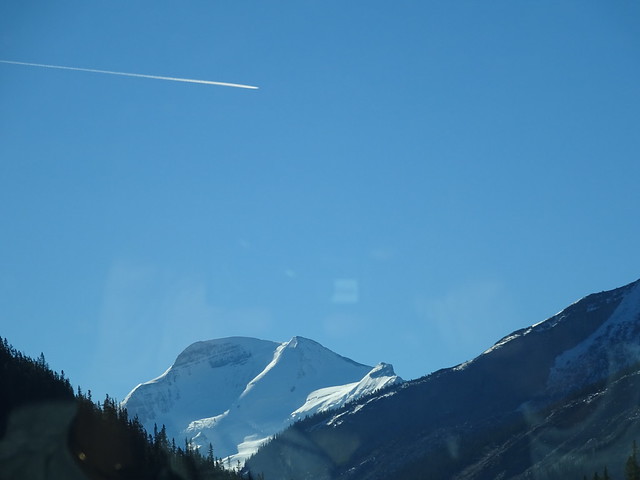 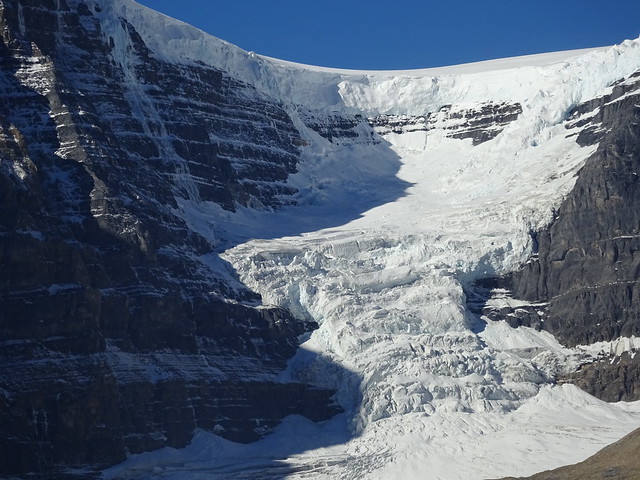 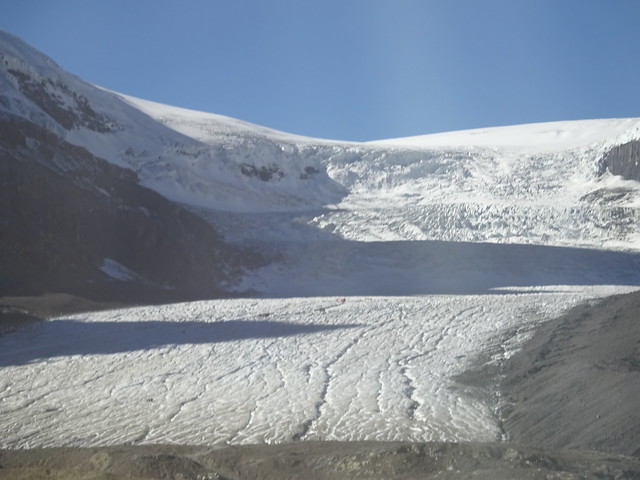 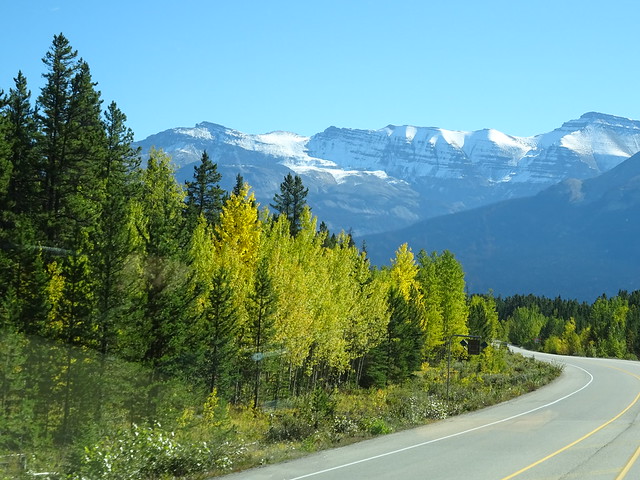 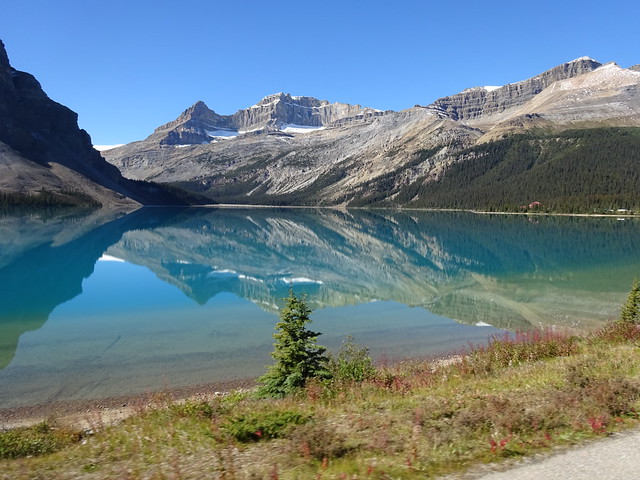 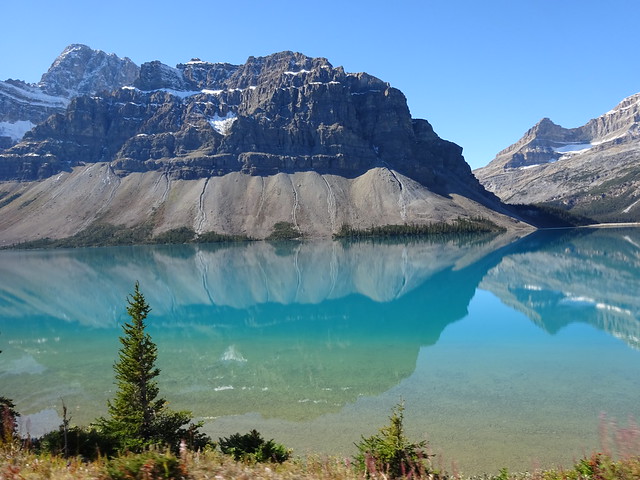 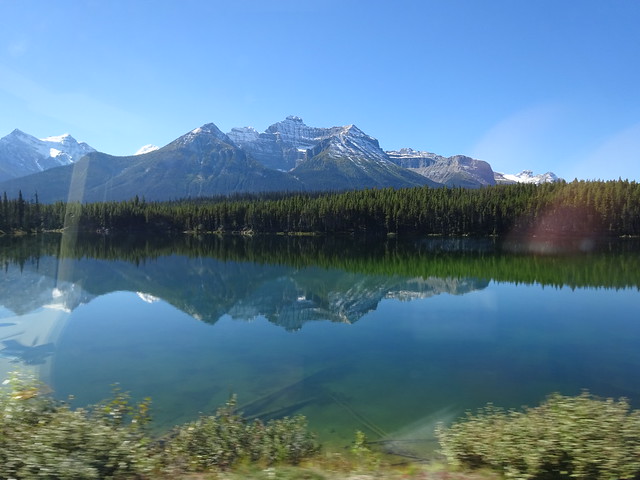 The parkway ends just north of Lake Louise where it joins Route 1, the Trans-Canada Highway.  As the highway goes through Banff National Park special care is taken to protect wildlife from getting on the highway.  A tall fence runs along both sides of the roadway.  The bottom of the fence is buried underground to insure animals can’t dig under it.   There are numerous underpasses and overpasses that allow animals to safely cross the highway. 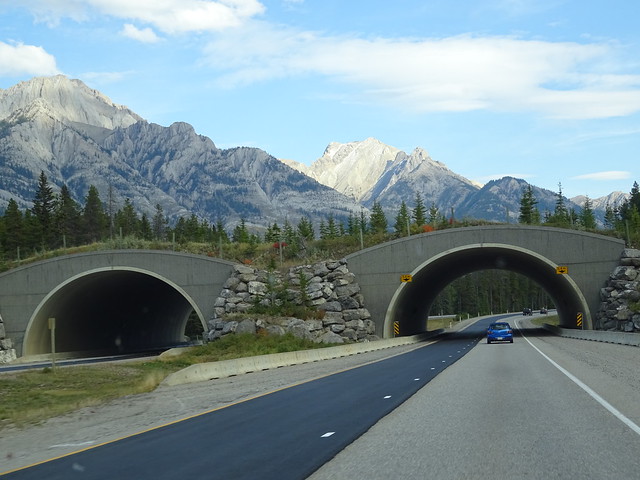 Animal Overpass along the Trans-Canada Highway

We’ve now taken up residency in one of the park campgrounds to do some exploring in the Banff and Lake Louise area.

12 Responses to Mountains, Glaciers, and Lakes – Driving the Icefields Parkway