Minot, ND and a Drive Through Oil Country

After waving good-bye to Terry and LuAnn near Devil’s Lake, we continued our journey across US Rte. 2 to the city of Minot, ND.  The trip was very enjoyable on a smooth, flat highway through miles and miles of farm fields filled with all types of grains, seeds, and beans. 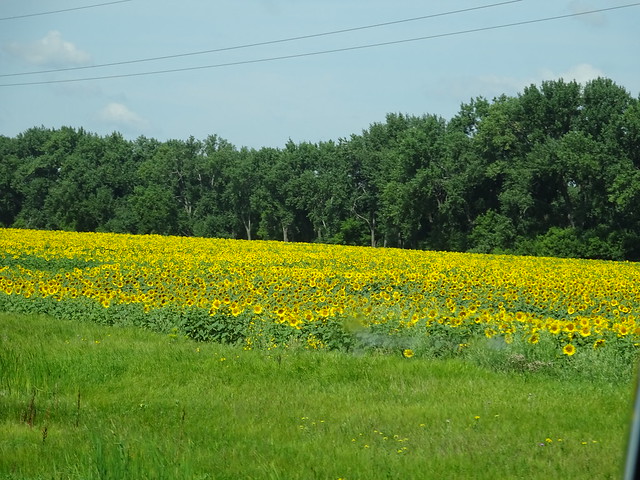 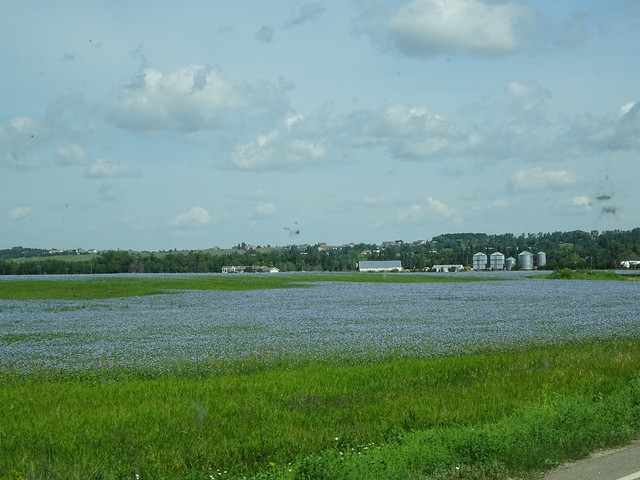 N. Dakota is the leading producer of flax in the U. S.

Minot (pop. 46,000) is typical of many cities along US Rte. 2, it was founded by a railroad owner.  It came into existence in 1886, when James J. Hill’s Great Northern Railway ended its push through the state for the winter.  It was the end of the railway’s line, so whenever a train came into the town and the stop was announced, the conductor would call out “Minot, this is Minot, North Dakota, prepare to meet your doom”.   A tent town sprung up overnight, as if by “magic”, thus the city came to be known as the Magic City, and in the next five months, the population increased to over 5,000 residents, further adding to the nickname’s validity. 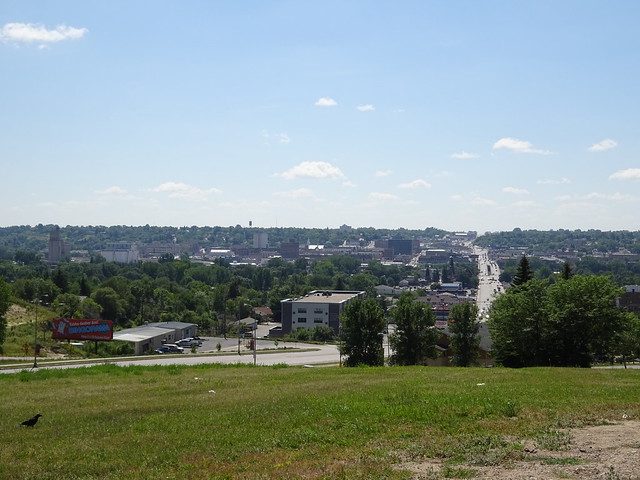 The “Skyline: of Minot

There isn’t a great deal to do or see in Minot but we did enjoy an hour or so visiting the Scandinavian Heritage Park.  Over 40% of the local population are of Scandinavian Heritage and this park honors their past.  It is believed to be the only park in the world representing all five Nordic countries..  The most interesting part of the park for us is the Gol Stave Church. 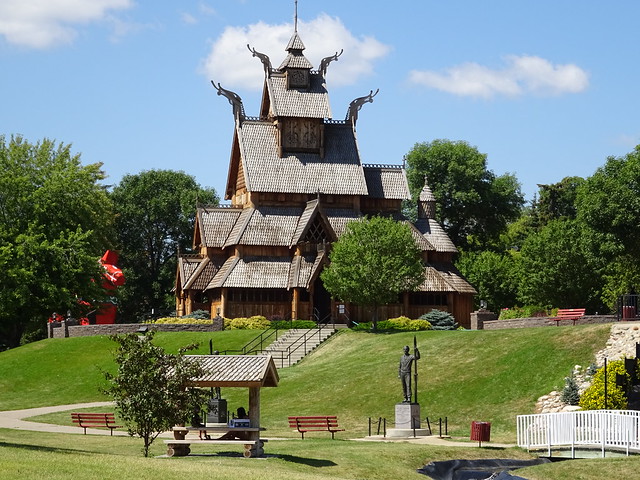 A stave church is a medieval wooden Christian church building once common in north-western Europe.  The name derives from the building’s structure of post and lintel construction, a type of timber framing where the load-bearing posts are called stafr in Old Norse and stav in modern Norwegian.  The Gol Stave Church Museum is a full-size replica of the original church built in about 1250, now in Bygdoy Park in Oslo. 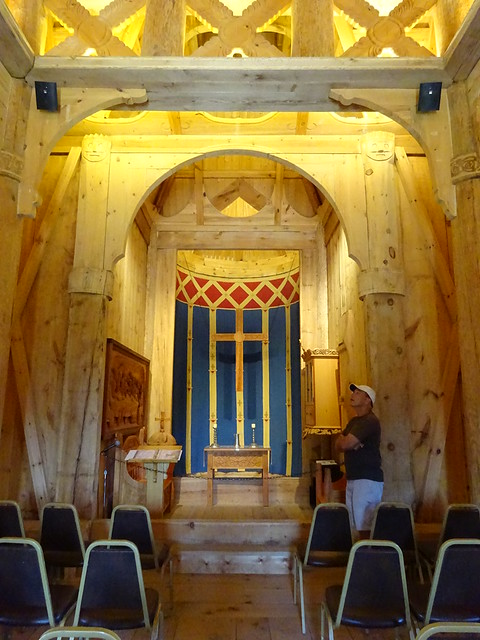 Inside the Gol Stave Church

After a visit to Minot, we continued west heading toward Montana.  But first we needed to drive through the Bakken Formation, an area of about 200,000 square miles in western North Dakota, eastern Montana, and southern Saskatchewan rich in petroleum and potash.  Oil was first discovered within the Bakken in 1951, but drilling techniques of that time made it uneconomical to drill there.  Today advancements in drilling techniques and demand for petroleum have now made drilling in the Bakken economically profitable.  Today this area is going through an economical boom. 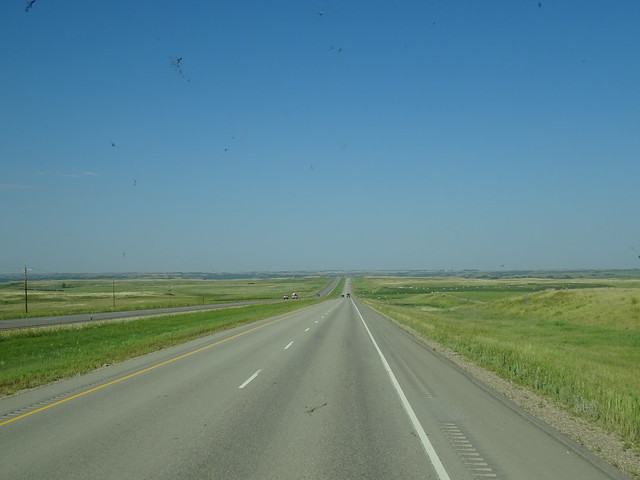 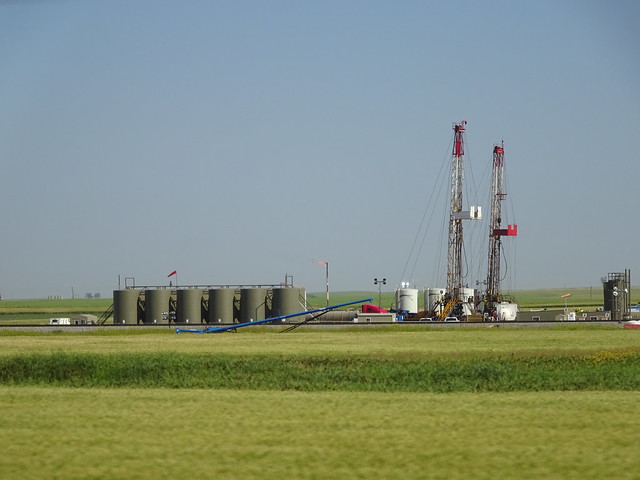 The oil boom has brought a large number of workers and their families to the area, creating a severe housing shortage.  Two years ago we were travelling through the southern part of the oil area and saw miles of travel trailers parked in fields.  We saw fewer trailers on this trip. as the oil companies have had time to build more stable temporary living facilities. 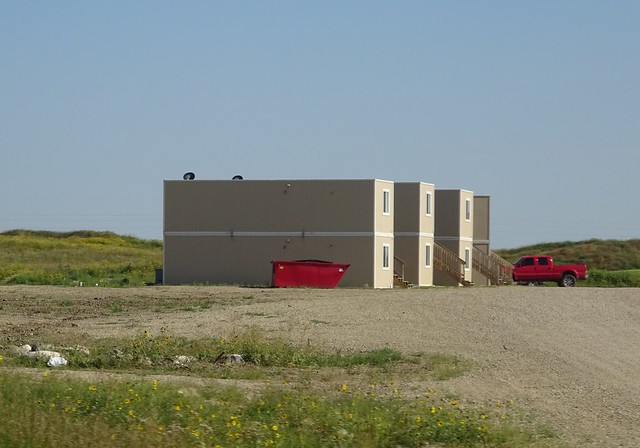 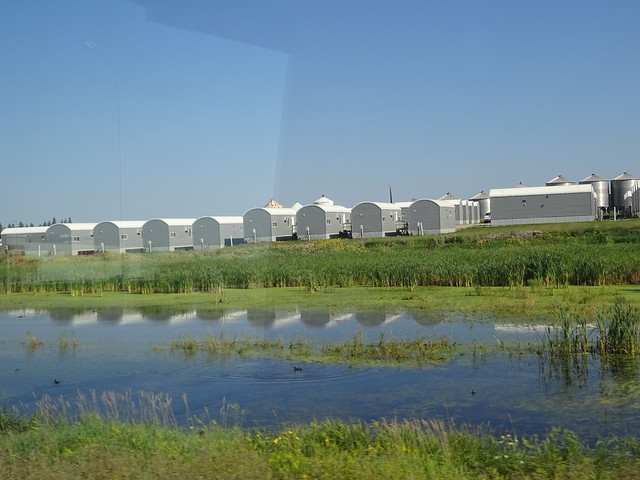 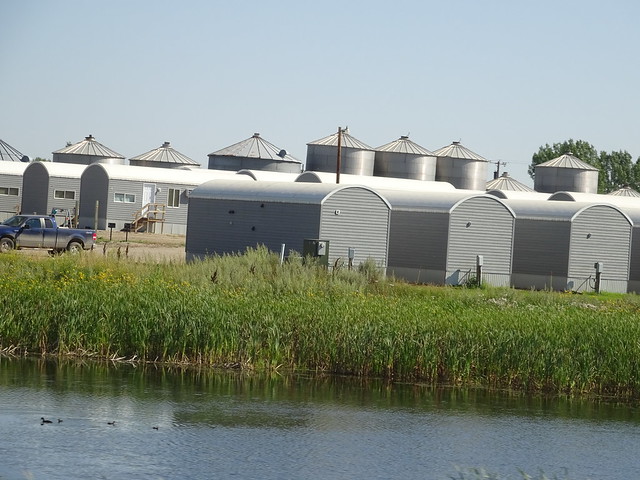 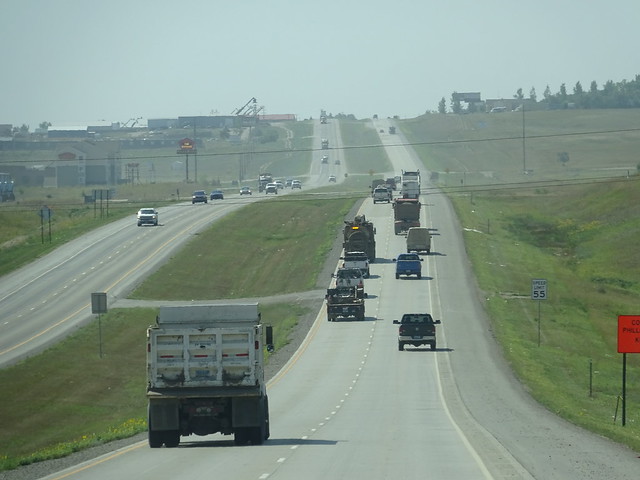 Traffic increased as we approached Williston 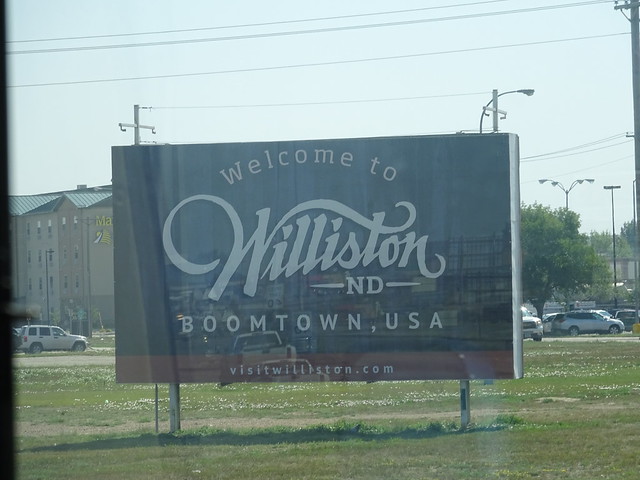 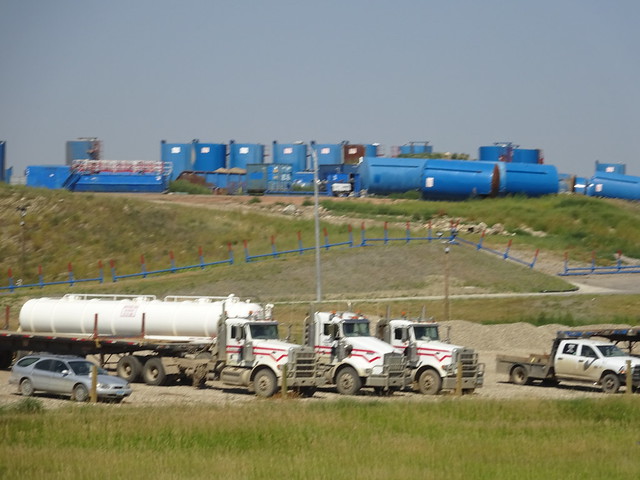 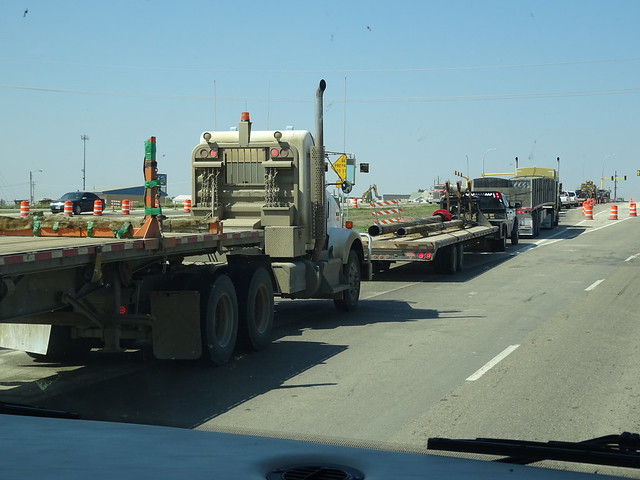 Typical scene at a traffic light along Rte. 2 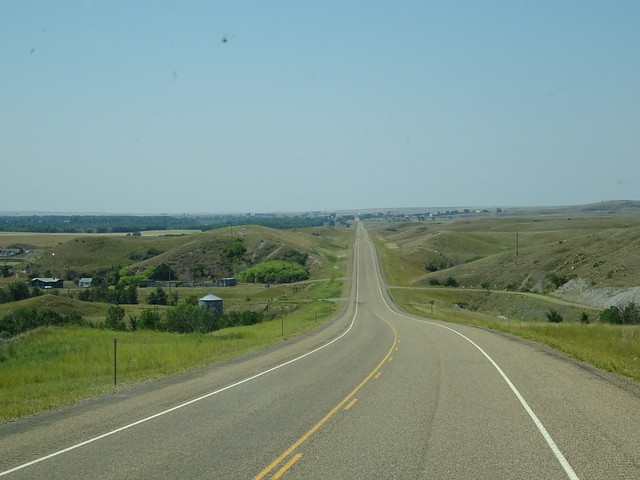 Ah, finally a return to normalcy as we enter Montana!

We didn’t stop in Williston, there are just too many people and trucks!  A couple of hours later we found ourselves in peaceful Glasgow, MT for the night.  More on that later . . .

15 Responses to Minot, ND and a Drive Through Oil Country