After a brief visit in Grand Forks we continued our trek west on US Rte. 2 for about a hundred miles to the small town of Devils Lake, ND.  There we turned south and continued for 15 miles to Grahams Island State Park.  When we visited with Terry and LuAnn (Paint Your Landscape) in Bemidji, they told us the park was their next destination.  Since it was on our route and we enjoy visiting with them, we decided to take a break from touring and spend a couple nights there.

Grahams Island is connected to the mainland by a long causeway. 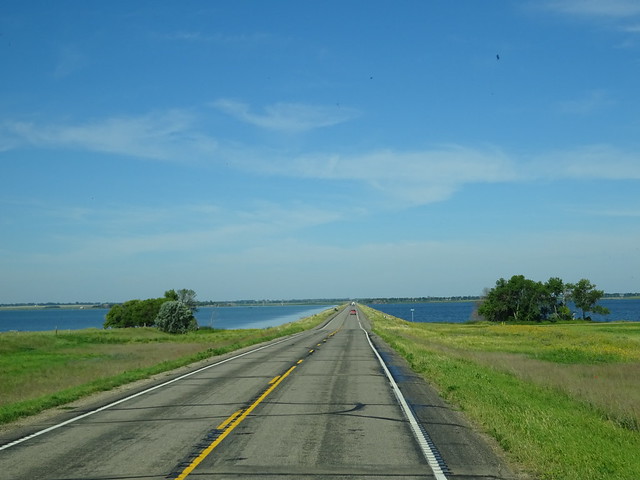 Devils Lake is endorheic (of course, you know that means, it has no outlet!) so it is a bit salty, like the Great Salt Lake.  The release of water is dependent upon evaporation and seepage.  An increase in precipitation between 1993 and 1999 caused the lake to double in size, forcing the displacement of over 300 homes and flooding 70,000 acres of farmland.  As you drive along the lake you can see many areas where trees that were at one time on dry land have been flooded and died. 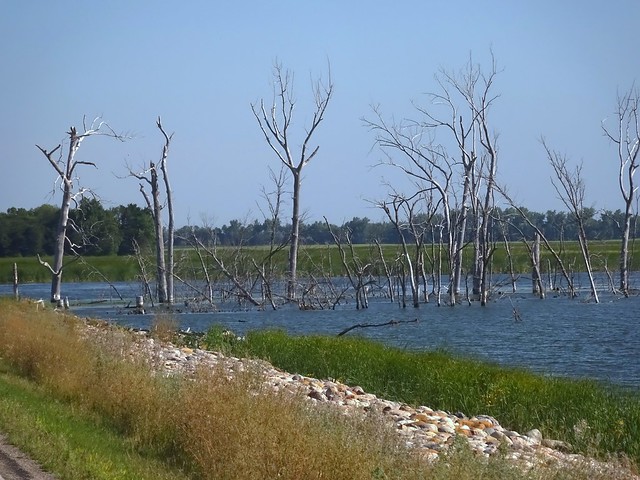 We usually stay near cities and towns and spend much of our time exploring them.  But on an island 15 miles from the nearest population center there is not much to do unless you like to fish (the lake is called the Perch capitol of the world).  So we took the opportunity to sit for an afternoon down by the lake and read while enjoying a cold adult beverage. 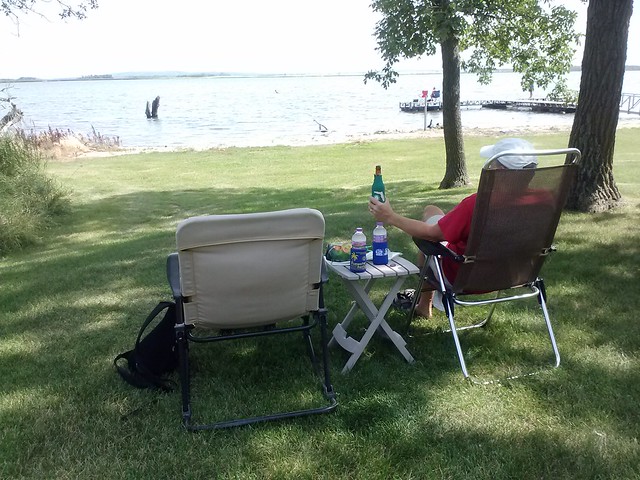 Later that day we went to see Terry and LuAnn and were treated to a delicious meal. 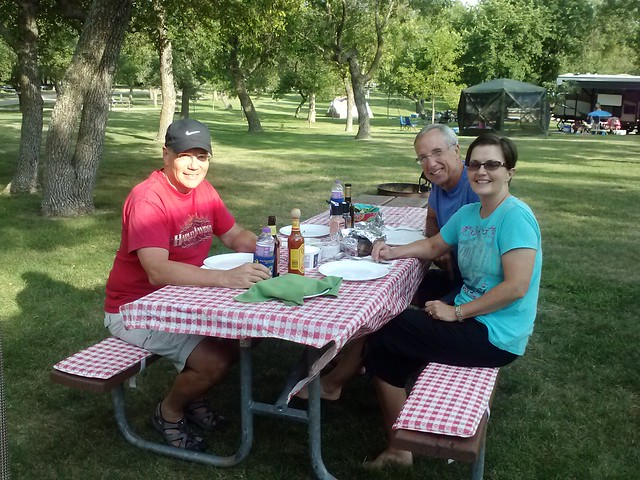 The next afternoon we invited them over to our site to return the favor and Pam prepared an equally delicious meal.

The next morning we both planned to move on, with Terry and LuAnn heading south, while we continued traveling west.  We didn’t know what time they were leaving, but as we pulled out we spotted a familiar fifth wheel in the distance in front of us. 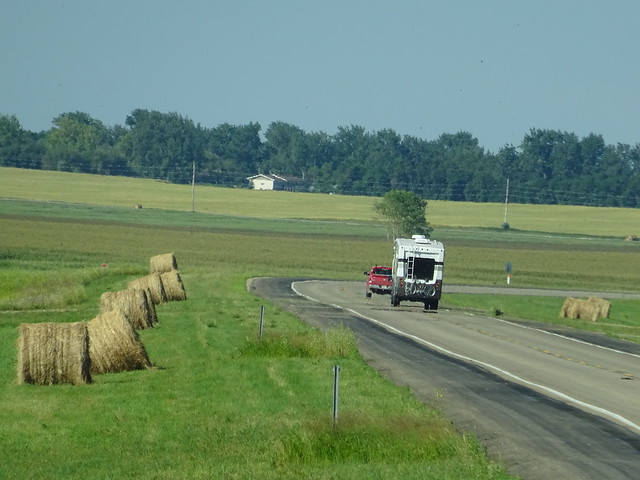 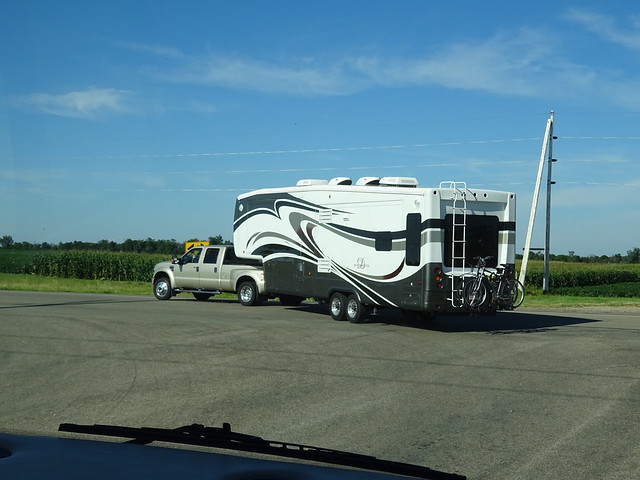 Next up for us: Minot, ND.  More on that later.