Posted on August 3, 2014 by placestheygo

After our stay in Marquette, MI we headed west about 250 miles to visit Superior, WI and Duluth, MN.   Superior and the neighboring city across the bay, Duluth, form a single metropolitan area called the Twin Ports.  They share a harbor that is one of the most important ports on the Great Lakes.  We parked the motorhome in a small RV park just outside of Superior and headed out with the Jeep across the John Blatnick Bridge to visit Duluth, the nicer of the Twin Port cities. 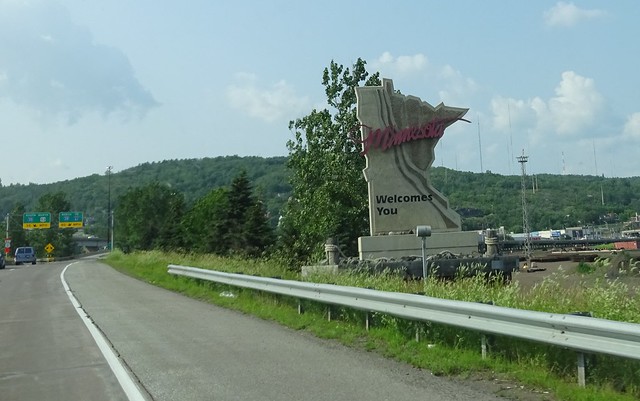 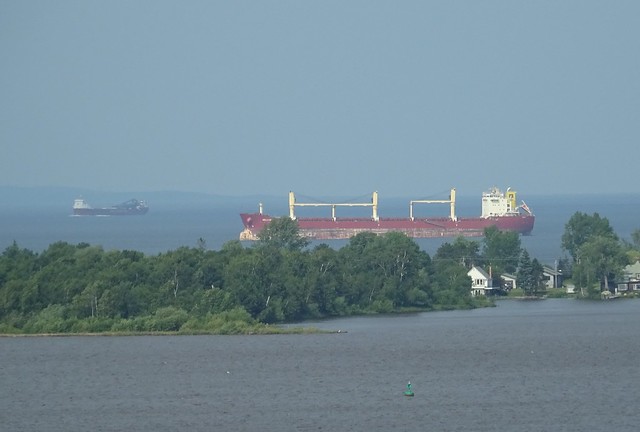 This is the big business of Duluth – Shipping

The business district of the city of Duluth is along the shoreline of Lake Superior, below a steep hillside.  The hillside is filled with residential neighborhoods. 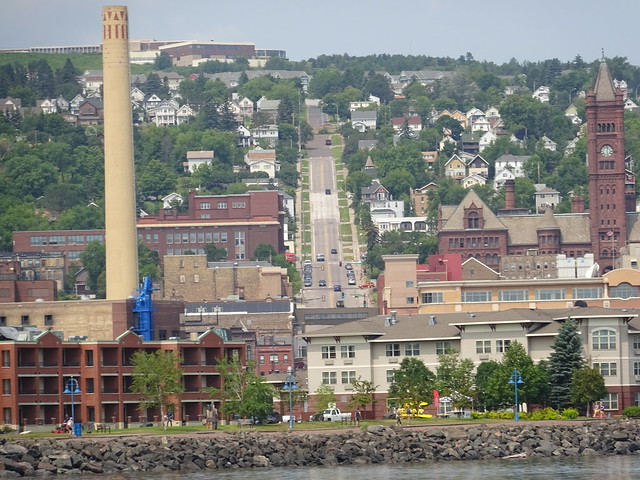 Looking at the business district with the residential hillside behind it 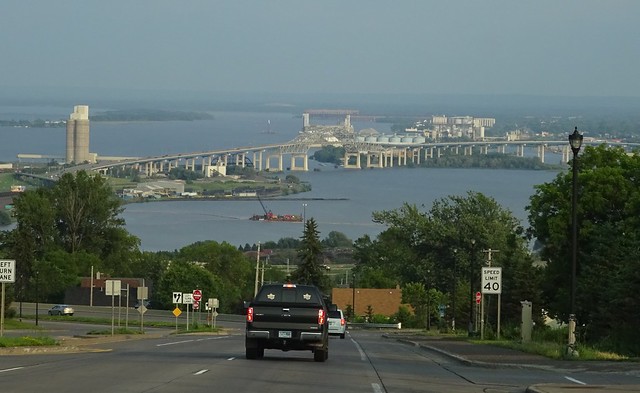 Looking down from the residential hillside. The Blatnick Bridge to Superior, WI is in the middle of the picture

To help people survive the extreme cold of long winters in Duluth, the downtown is connected by a 3.5 mile indoor skywalk system that allow pedestrians to travel all across the downtown in climate-controlled comfort. 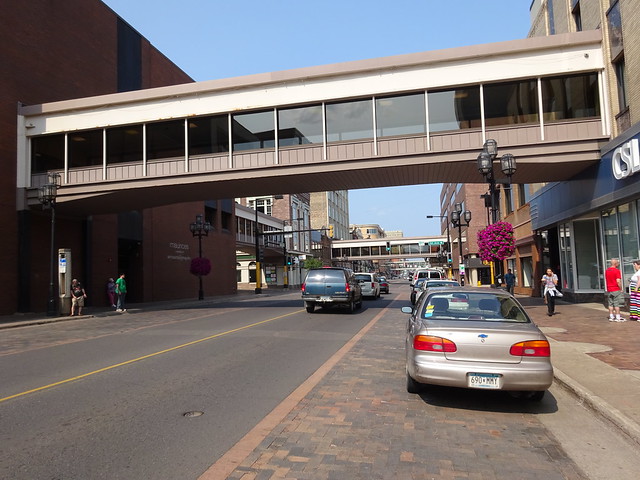 A Skywalk pedestrian bridge between buildings

One of the best known landmarks of the city is the Aerial Lift Bridge, spanning the Duluth Ship Canal into Duluth’s harbor.  The lift raises part of the roadway straight up to allow shops to enter and leave Duluth Harbor. 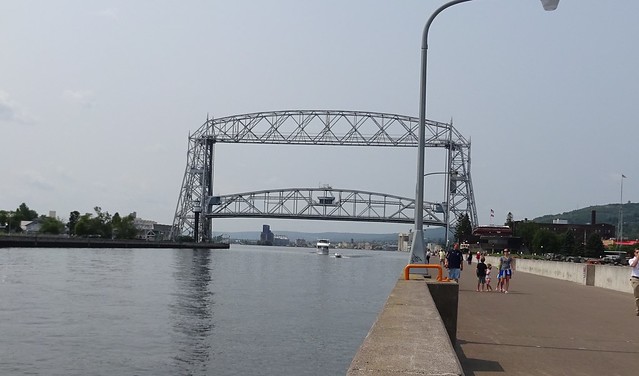 Partially raised to allow a small yacht to go under 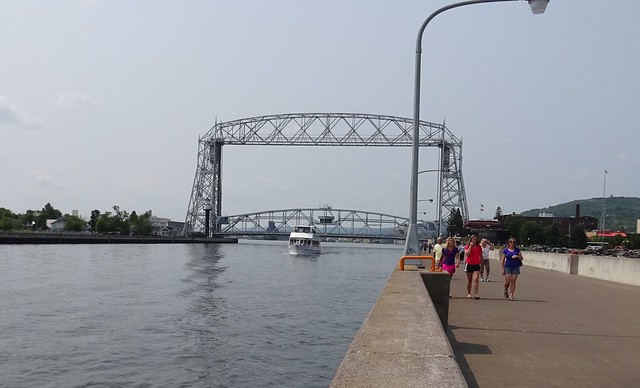 The bridge in its lowest position

We think that one of the best ways to visit a city is on a bicycle.  So for our visit to Duluth we drove just north of the main section of the city, parked the Jeep, and road back to the downtown on the Lakewalk, a paved riding/walking path along Lake Superior. 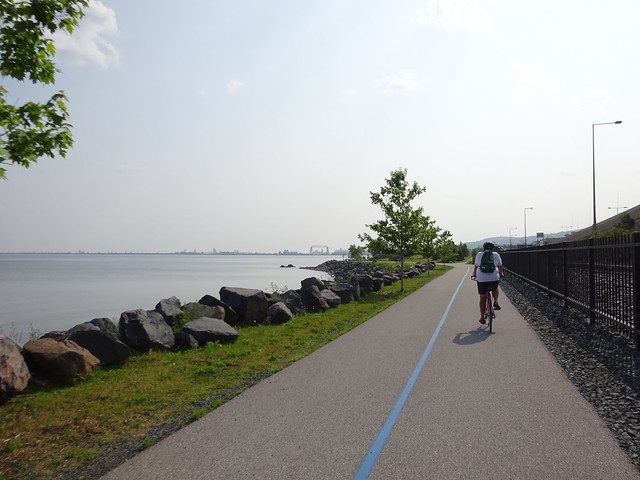 The Lakewalk, with the Ariel Lift Bridge in the distance 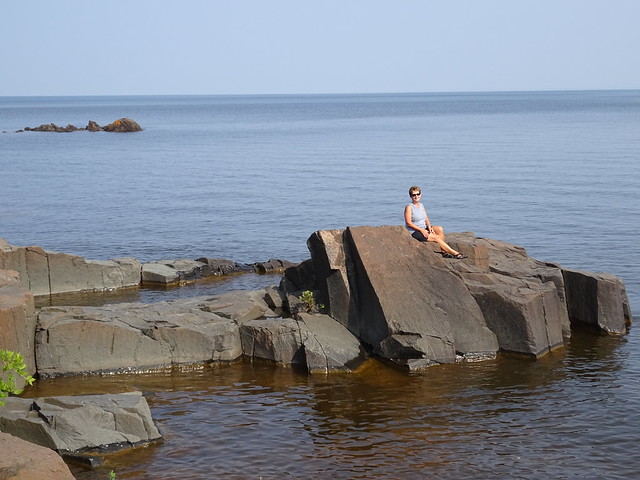 A mermaid resting along the lake shore

We really wanted to get a view of the port area and learn about all the shipping facilities, so we decided to take a cruise on a harbor tour boat. 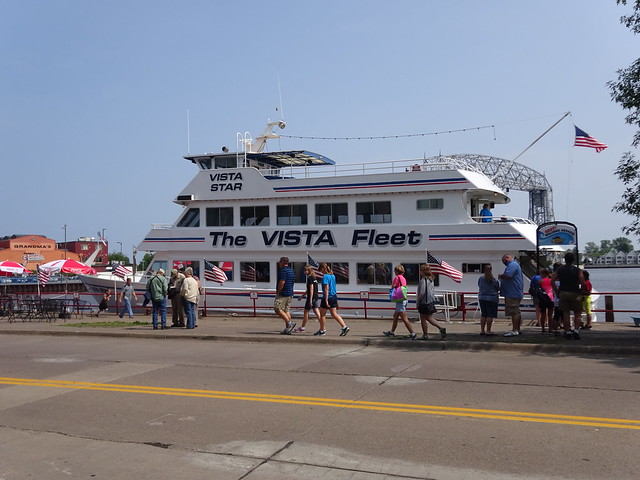 The first part of the tour took us under the Ariel Lift Bridge through the canal into Lake Superior.  As we cruised along the lake shore we saw the freighter pictured below approaching the canal. 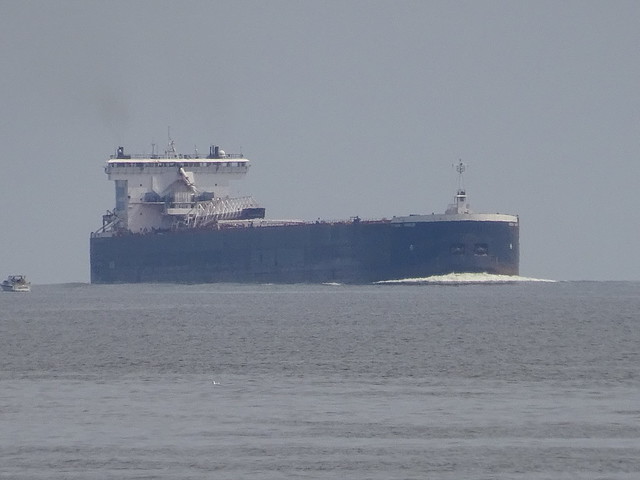 Our tour ship followed it into the harbor so we were able to watch it go through the canal and under the Lift Bridge with the roadway raised to the highest position. 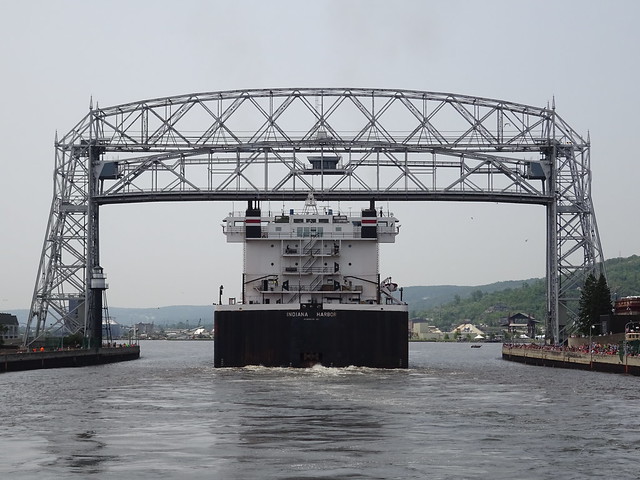 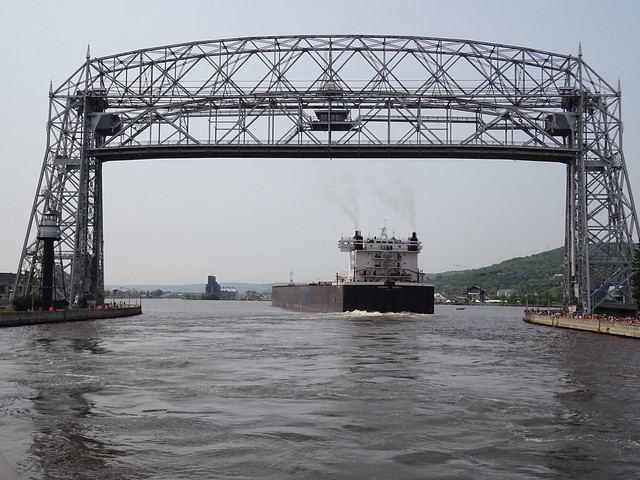 Later in the tour we passed that same freighter maneuvering into a dock to take on a load of coal.  When we crossed the bridge the next morning it had already sailed away. 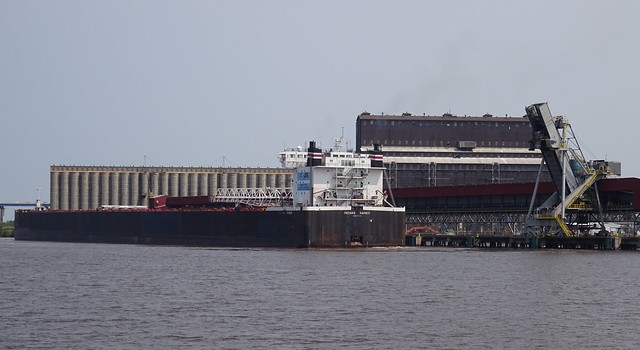 When we first crossed the bridge heading into Duluth, we spotted a large stone tower at the top of the hillside.  So we drove up to investigate and found it to be the Enger Tower.

Built in 1939, Enger Tower is a 5 story structure, constructed of Blue Stone taken from the region, that sits at the very top of the hillside 531′ above the level of Lake Superior.  The tower was dedicated by Crown Prince Olav and Crown Princess Martha of Norway in honor of Bert Enger, a native of Norway who came to this country and became a successful furniture dealer.  At the time of his death Mr. Enger donated two thirds of his estate to the city of Duluth.  This included the land known as Enger Hill which includes Enger Tower, the park and Enger Golf Course. 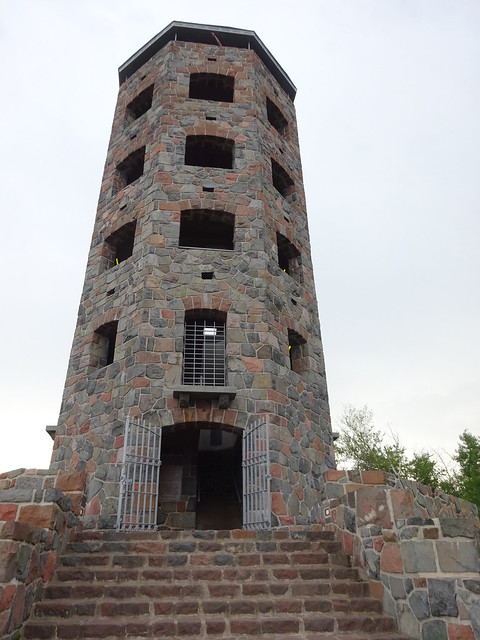 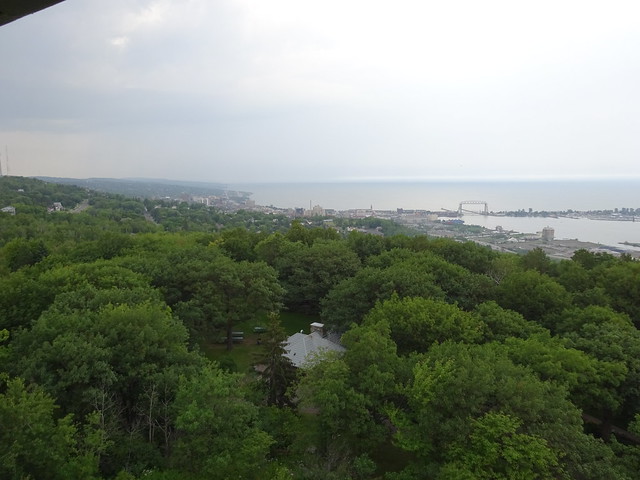 Duluth from the top of the Enger Tower

Duluth is a very nice city nestled along the shores of Lake Superior, at least in the summer months.  What it is like in the dead of a long, cold winter is something we will never experience!