Friday morning we were up bright (okay, it’s a relative term) and early ready to continue north.  We left Empire, MI (20 miles west of Traverse City) and headed to the Mackinac Bridge.  We planned to stay in a casino lot that does not take reservations so we wanted to arrive early enough to get a spot. 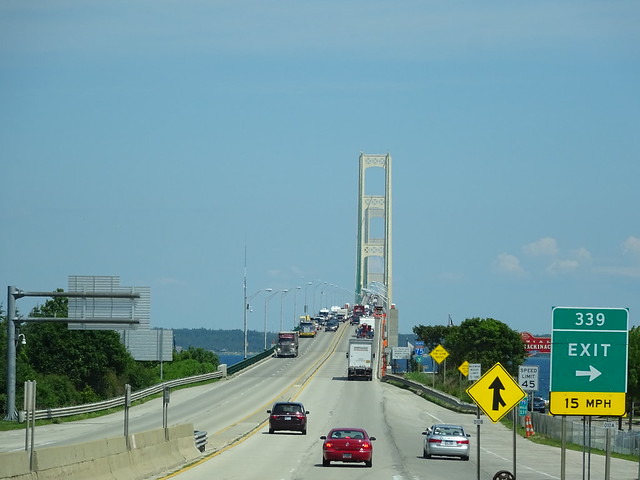 The road is two lanes across the bridge, but construction narrowed both directions to a single lane, increasing the “pucker factor” for those with gephyrophobia (oh, just look it up!). 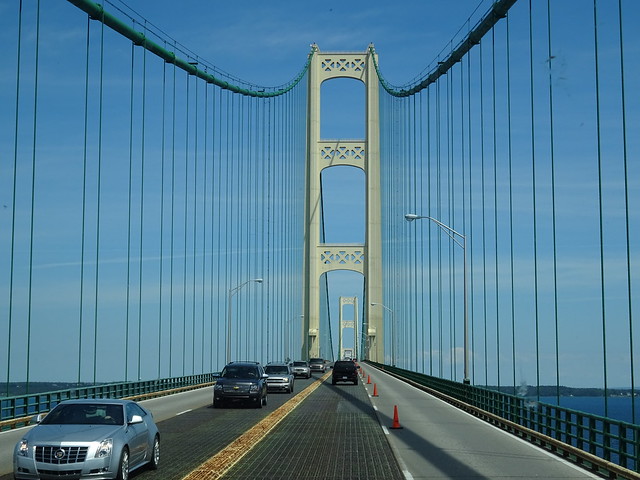 But the views from the top on this clear day were fantastic! 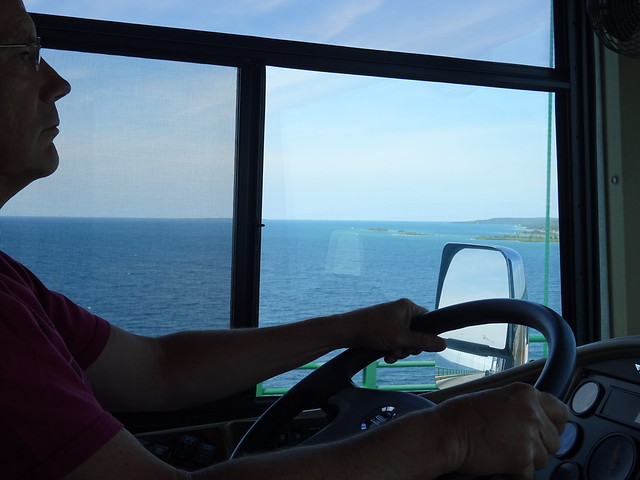 Looking to the west.  No gephyrophobia here! 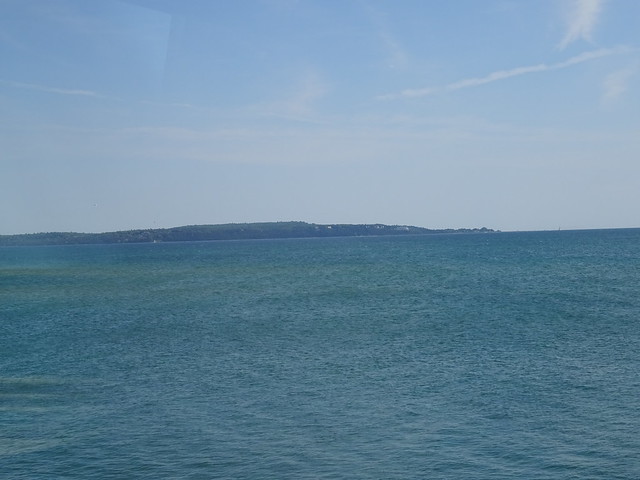 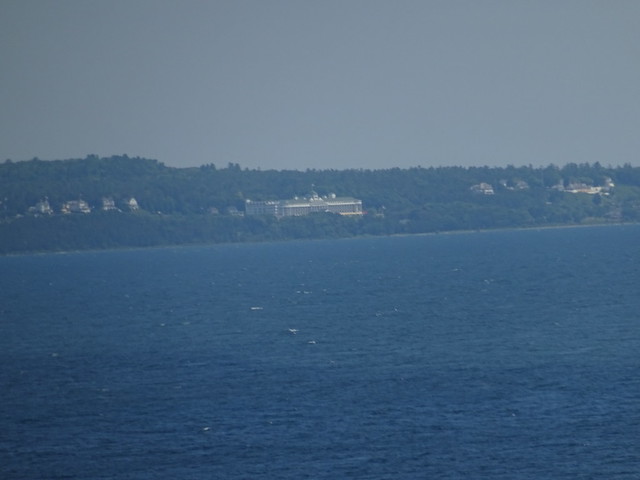 Just over the bridge is the little town of St. Ignace.   A few miles north of that is the Kewadin Casino, our destination.  We arrived a bit after noon and were able to get a nice spot in the corner.  The RV parking is a gravel area around a large paved parking lot near the casino.  It’s not much to look at but has electricity and water and there is a dump station on the drive out.  For $10 a night you can’t beat it, especially if you like to gamble. 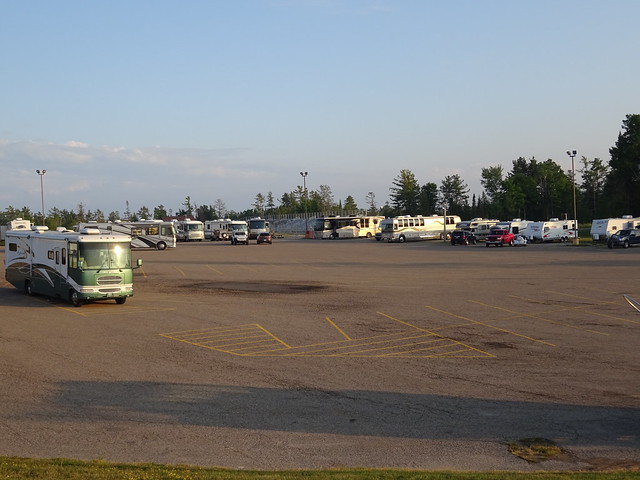 The RV Lot. We are in the center of the picture. 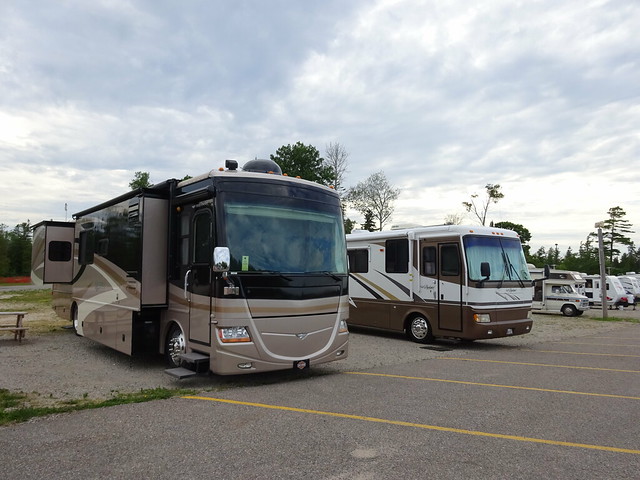 St. Ignace has an interesting history as a Native American settlement before the arrival of Europeans, a transportation center for the fur trade in the eighteenth century, and lumber transportation center in the nineteenth century.  Today the town is a bit run down and the main industry seems to be as a terminal for three passenger ferry boat lines taking tourists to nearby Mackinac Island.  The three ferries are pretty similar, so the Star Line features a water jet shooting a rooster tail out the back of the boat.  The water jet doesn’t make the boat any better than the competitors, but it looks impressive. 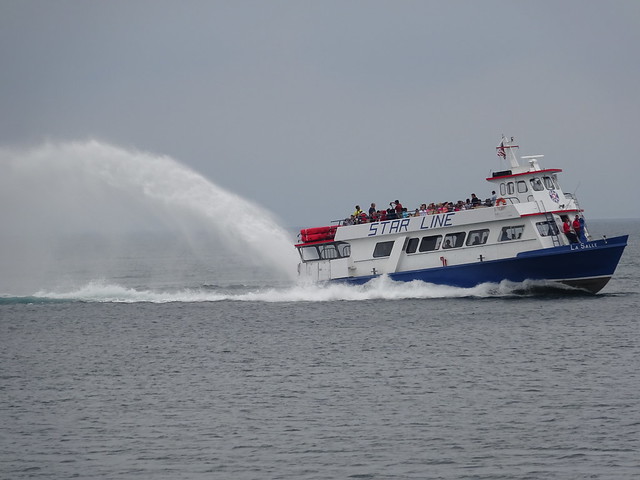 There is a nice walking tour on a boardwalk running along the waterfront, with numbers marking places of interest.  We obtained a pamphlet describing these places at the Chamber of Commerce offices and set off to check them out.  After 25 stops along the boardwalk, we had a good understanding of the history of the town.  One of the interesting stops was at the Commercial Fisherman’s Memorial. 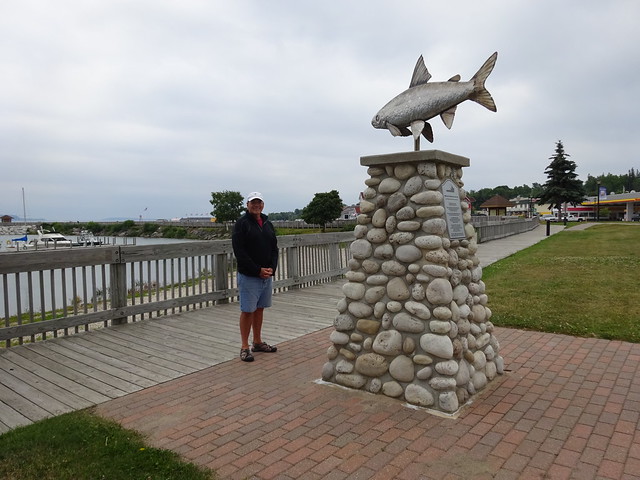 The plaque on the memorial lists the names of the 25 local fishermen who lost their lives in the fishing business since 1851. 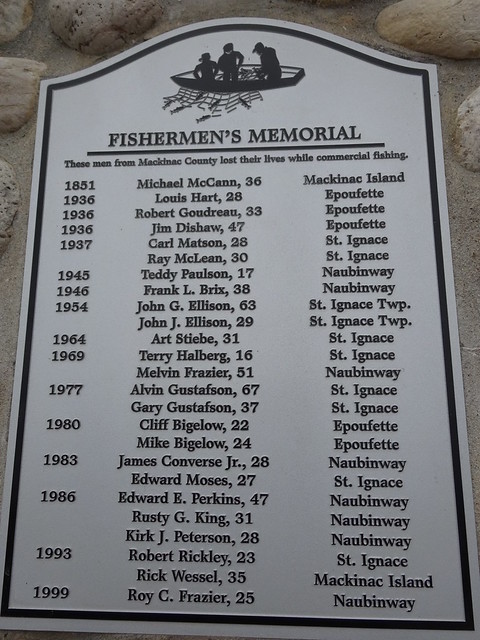 As we walked out to a small lighthouse on a pier, we came across another interesting site pictured below. 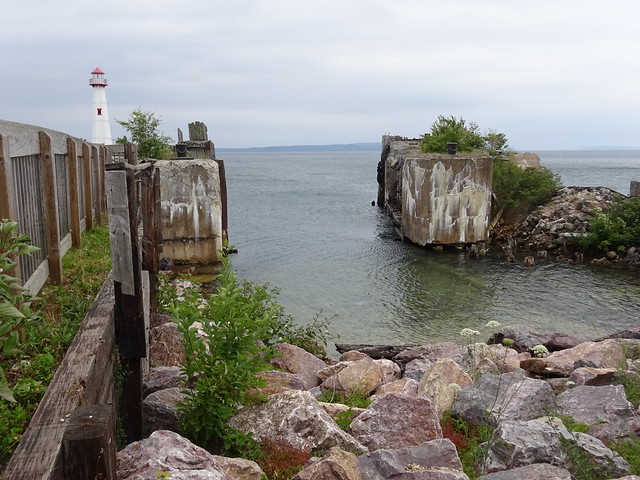 It is the remains of the terminal for the SS Chief Wawatam, a coal-fired train ferry and icebreaker that operated in the Straits of Mackinac between 1911–1984. Her home port was St. Ignace and she shuttled back and forth during her entire working life between that port and Mackinaw City, Michigan. 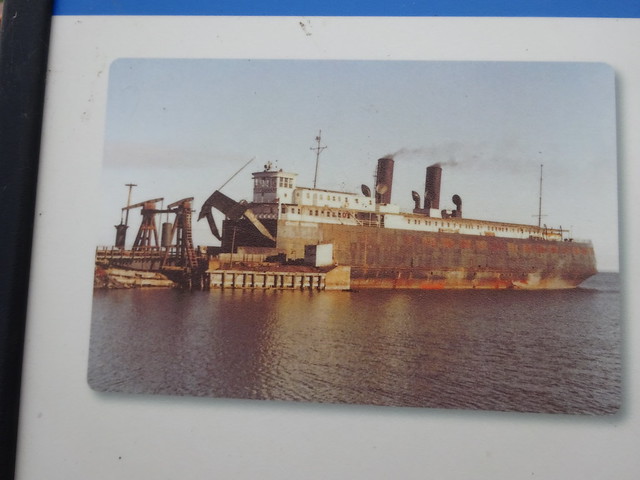 The Chief Wawatam was 338 feet in length and could hold 18 full sized rail cars.  The rail cars were loaded and unloaded from the front of the ship.  A large sea gate (pictured below) was raised for loading and unloading, then lowered to keep water out during travel.  When it docked in the terminal great care was taken to align rails in the ship with the rails on the dock to prevent the cars from derailing. 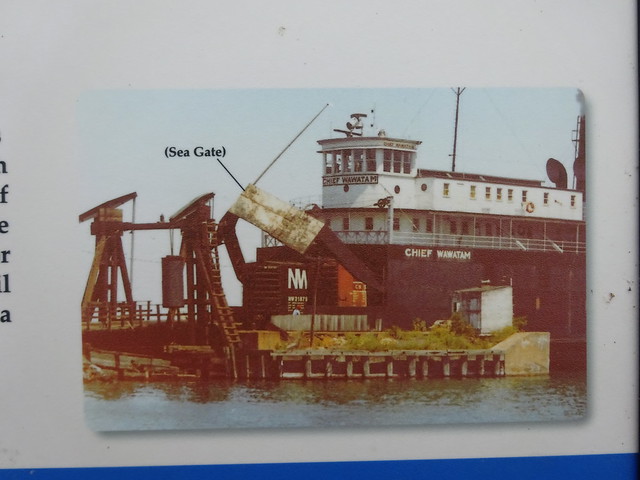 Another interesting (to some of us) site in St. Ignace is the St. Anthony’s Rock, just a block off the main street of town. 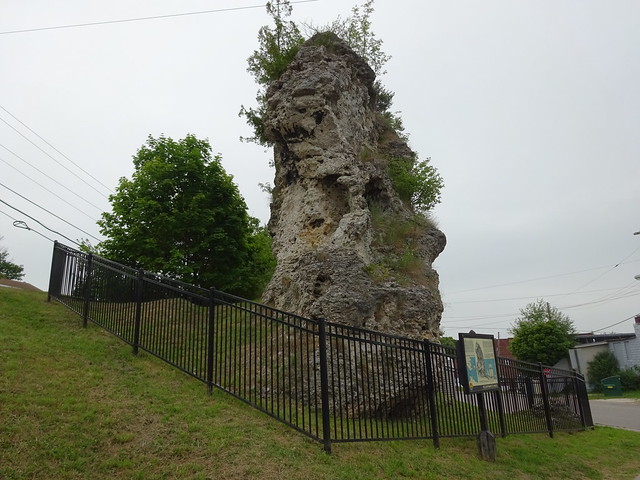 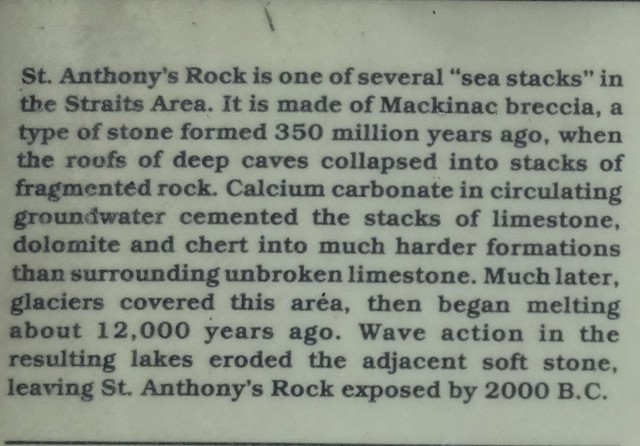 We intended to stay here for two nights, but the weather prediction for today (Sunday) was for rain.  Since we do not travel in the rain, we decided to stay put one more day.  With nothing much to do here in St. Ignace, we recrossed the Mackinac Bridge and found a local coffee shop to visit. 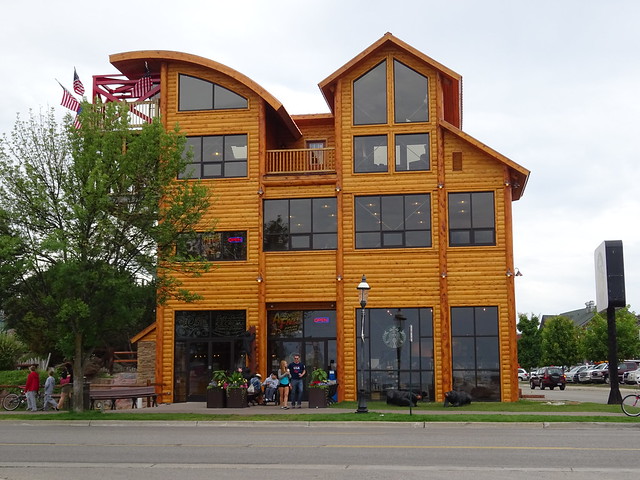 The Starbucks in Mackinaw City is a bit unique in design.  The ground floor contains the serving area and the second floor the seating.  The third floor is the starting point of a zip line that runs away from the rear of the building over a miniature golf course.

Tomorrow’s forecast is for clear skies so we will be off early headed west to Marquette, MI.  More on that later . . .