Most of you already know this but for the few who forgot, yesterday was the anniversary of the death of Franklin Delano Roosevelt in 1945.  So the date seems appropriate for a blog about a visit we made earlier this week to the room where he passed away.  The small town of Warm Springs, GA is about a two hour drive from our location in Ashburn.  We thought about moving the motorhome to nearby FDR State Park for a few days, but since we have been enjoying the RV park here in Ashburn, we decided to stay here and just drive up to Warm Springs for our visit. 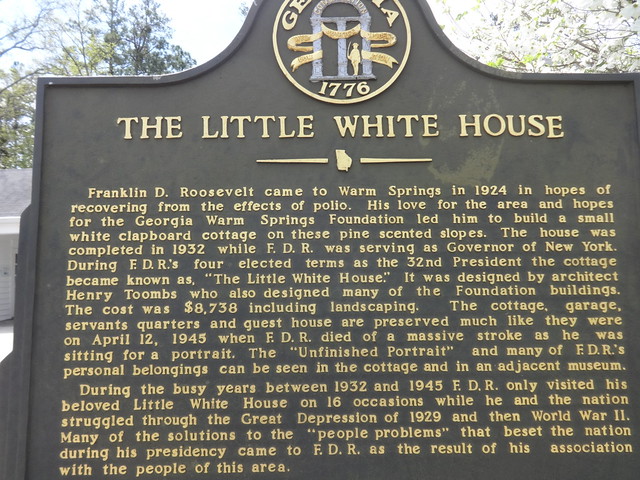 The plaque above gives a nice synopsis of the “Little White House.”  At the entrance there is now a very nice little museum dedicated to FDR with a natural emphasis on his visits to Warm Springs.  Beyond the museum the walkway takes you over a hill to the cottage.  The picture below shows the entrance to the compound.  The Little White House cottage can be seen in the middle of the picture below the other two structures.  The building on the right is a servant’s quarters.  The one on the left is a guest house. 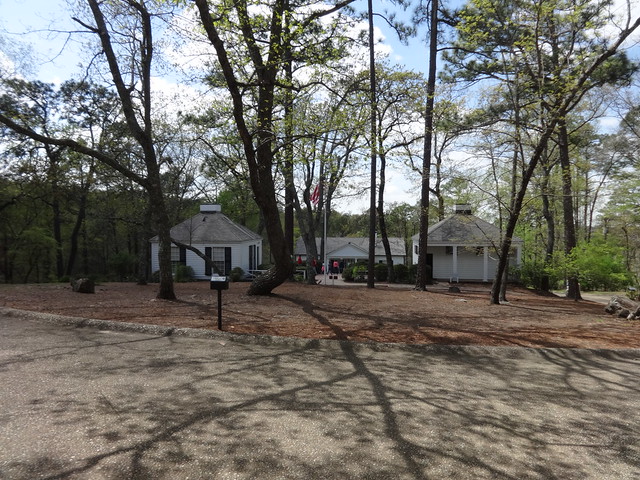 As you walk between the two small houses the president’s cottage comes into view down a short hillside. 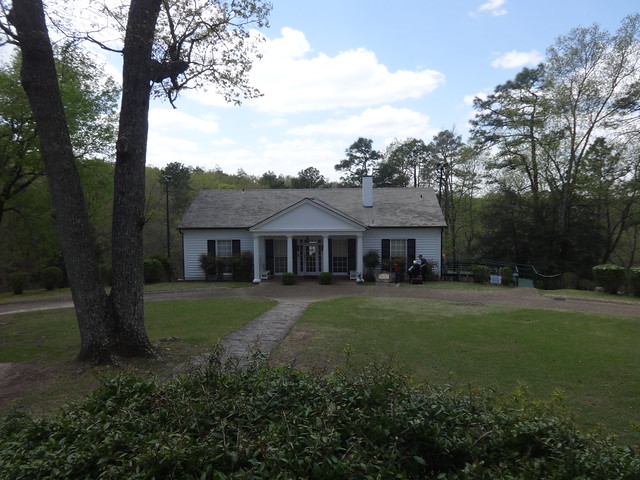 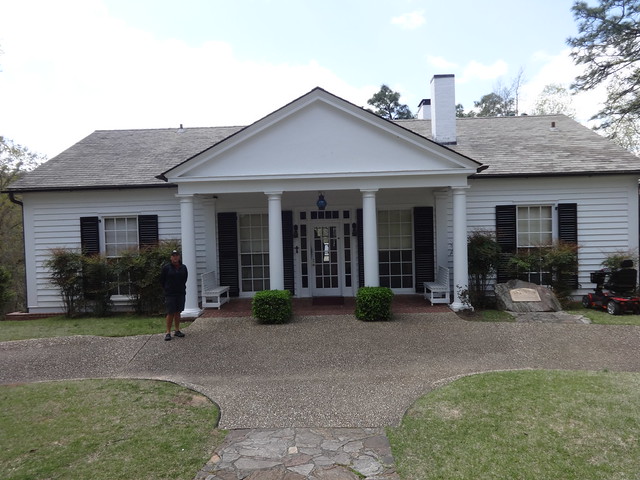 The cottage is very small.  It consists of a small entrance room, kitchen, dining room, living room, three bedrooms, and one bathroom.  Below is the living room as it was on April 12, 1945.  FDR was sitting in the chair having his portrait painted when he complained of a severe headache and passed out with his head on the table. 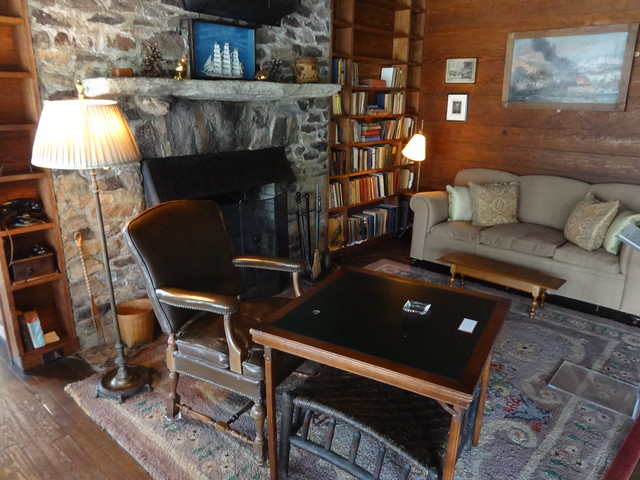 Aides carried him to his adjacent small bedroom where he was pronounced dead. 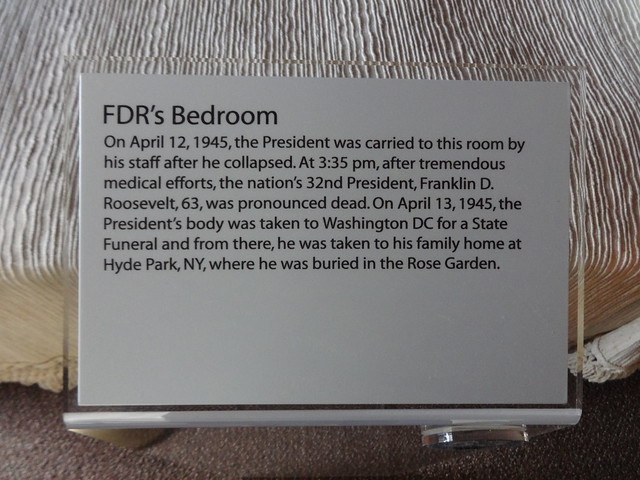 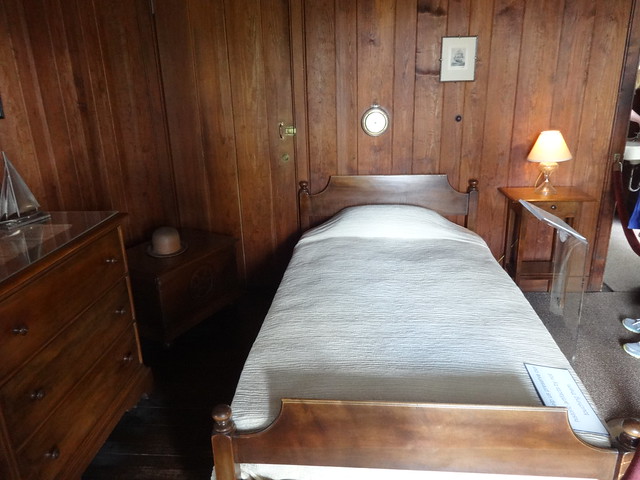 Between the bedroom used by FDR and another used by family visitors and his wife, Eleanor (who rarely accompanied FDR to Warm Springs) is the bathroom.  One can only imagine the important decisions of WWII that were made by the president while on this throne! 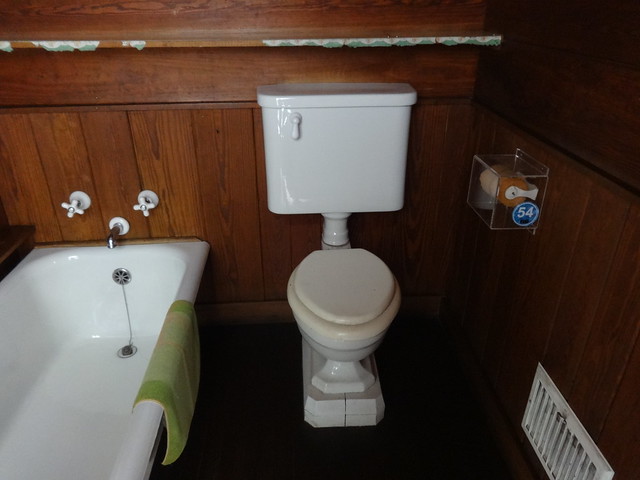 As mentioned, FDR was having his portrait painted when he suffered a massive stroke.   The portrait was never completed and is now known as the Unfinished Portrait.  Later, Painter Elizabeth Shoumatoff decided to finish the portrait in FDR’s memory. She painted a new painting based on memory.  One difference is that the tie that was red in the original is now blue in the finished painting.  All other aspects are completely identical.  Both portraits are on display in what is called the Legacy Display next to the museum. 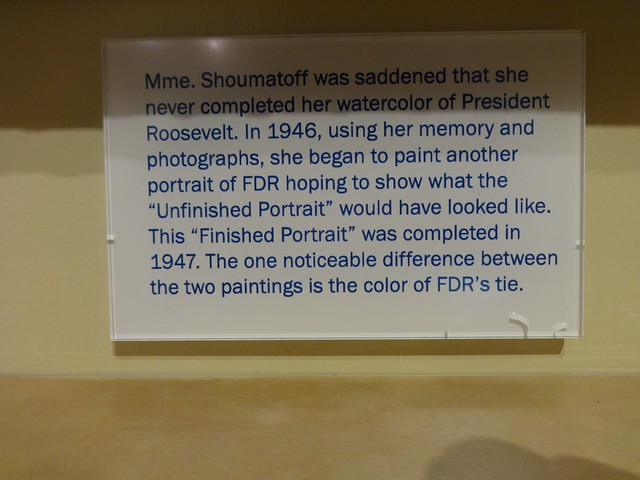 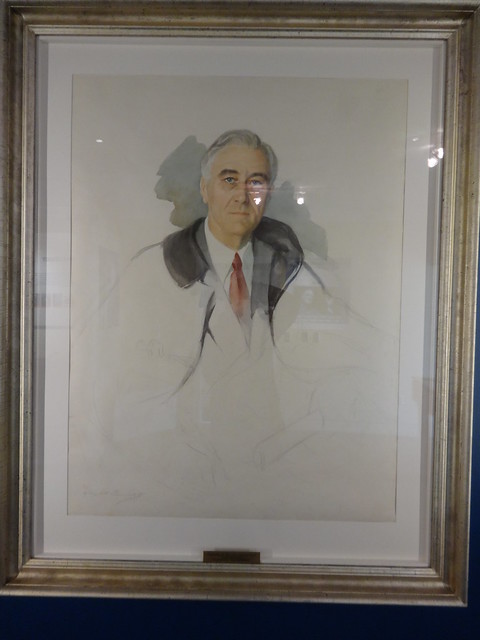 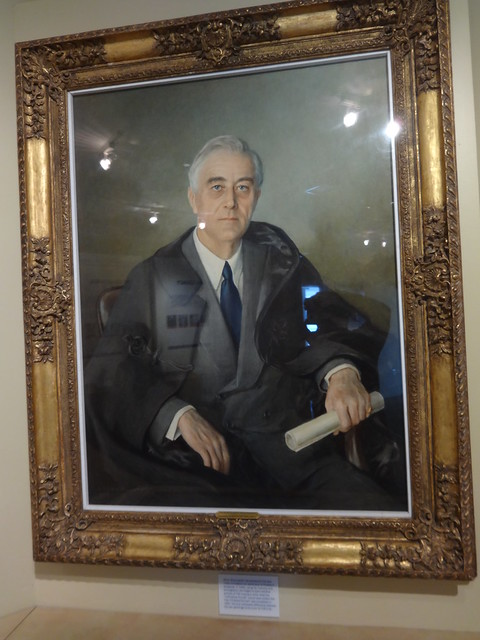 In 1921 Roosevelt contracted what was thought at the time to be polio.  One of the few things that seemed to ease his pain was immersion and exercise in warm water.  His first time in Warm Springs, Georgia, was October 1924.  He was drawn to the town by a permanent 88-degree natural spring at a nearby resort.   Roosevelt bought the resort and the 1,700-acre farm surrounding it in 1927.  He founded the Institute for Rehabilitation after hearing about a boy who had regained the use of his legs, through a treatment known as hydrotherapy, which involves the use of water for soothing pains and treating diseases. The operations of the Institute were paid for by the Foundation for Infantile Paralysis, which later became the March of Dimes.  The Warm Springs Institute currently treats about 5,000 patients every year. 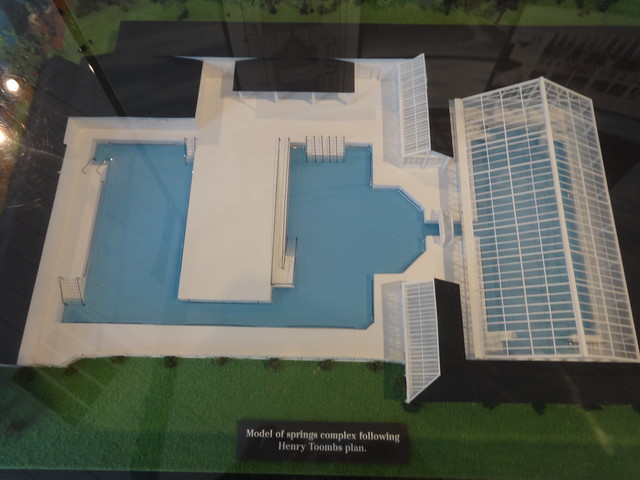 Model of the pool facility built by FDR

While the original historic pools are not generally open to the public, they open the waters once a year to the public on Labor day weekend.  They allow four groups of people in for a one and a half hour swim. 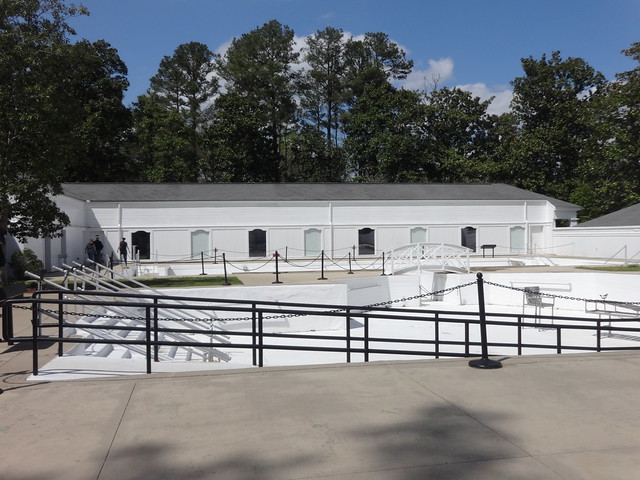 While not a destination location, if you visit south Georgia put a visit to Warm Springs on your agenda.

We have a few more days here in Ashburn, then it is off to Atlanta.