The Vultee Arch and the Devil’s Bridge

Early this morning (early for us, not for the working world) we headed east toward Sedona.  Just as we entered the city limits we turned north on Dry Creek Road to do some hiking.  The road begins in town on nice pavement but soon turns into dirt and becomes a windy, rocky path.  But as the road turned bumpy, the scenery turned spectacular.

After a bumpy five mile ride we came to the end of the road and the trailhead for a hike to the Vultee Arch. 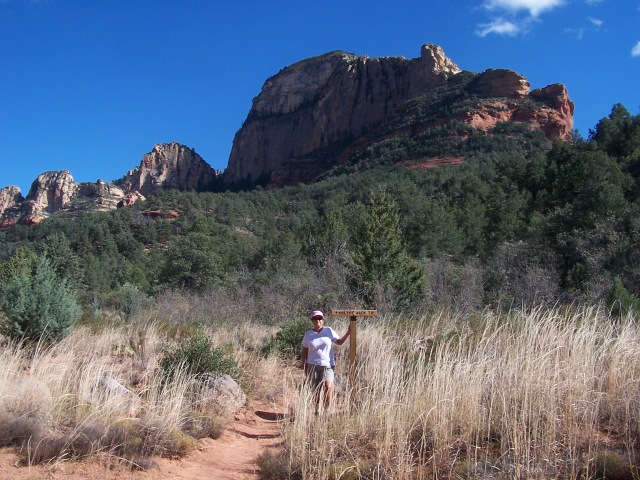 After a hike into the canyon of a bit over a mile and a half, we came to the stone arch on the side of the hill.

When we turned to look at the rock hill behind us, we saw a plaque mounted on the rock.

We climbed up and found the answer to why the arch is called the Vultee Rock.

We continued up the rock above the plaque, climbing through trees and brush and up the stone facing.

But the climb was worth it (despite the blood on Pam’s leg from the sharp brush) when we saw the view back down the valley. 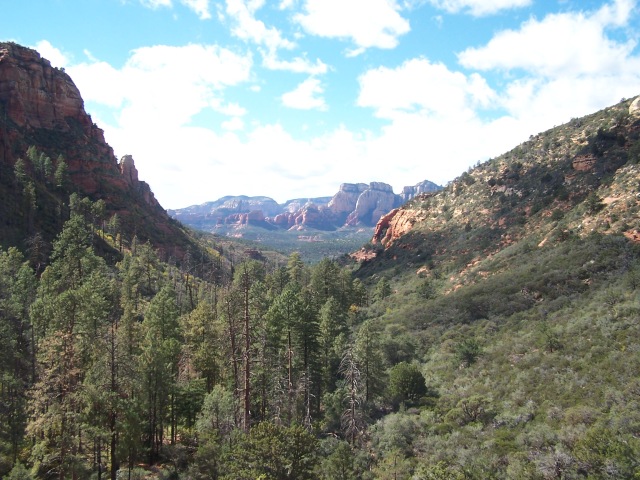 Returning to the Jeep we headed back down the road to find a new trail to explore.   No one worked on the road during our hike, as the road was still very rocky, perfect terrain for a new Jeep.

We turned into a parking area and entered a trail leading to something called the Devil’s Bridge.  We didn’t know just what to expect in this hike but it was less than a mile out so on we went.  What a surprise, as this turned out to be a great hike up some rough terrain to the most spectacular view we have ever seen!  On the way up the hill we turned to see some great views of the rocks across the valley.

Nature even  provided some great balancing acts for our viewing pleasure. 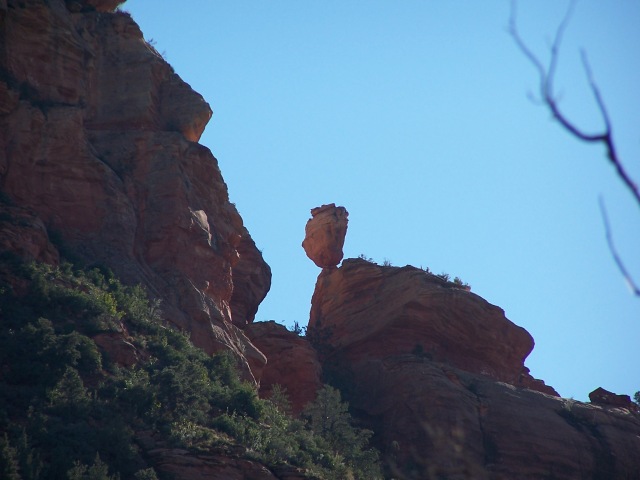 As we went up, the trail became narrower and at times a bit rough. 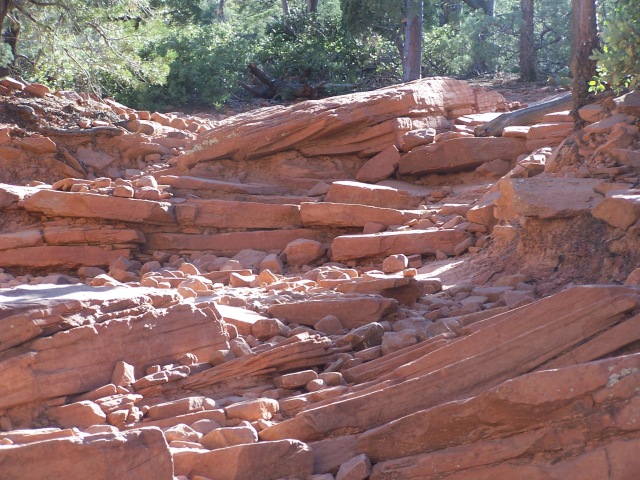 There were also some spectacular rock outcroppings to climb on.

Finally, we came to the Devil’s Bridge.  At first we were a bit disappointed, as the trail was so narrow there was very little room to look at the bridge.  But we met some other hikers and found that if you took a side trail up the rock, you could walk on the bridge.  So up the rock we went. 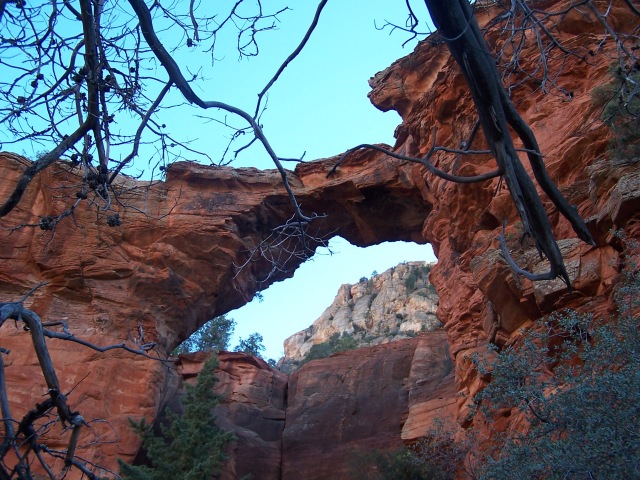 And at the top that’s where we were treated to the most spectacular view.  With the bright sunlight in the valley the picture below doesn’t begin to show the true beauty of this view.  You’ll just have to visit Sedona and make this hike yourself.

Ok, the picture below does a better job showing the vista beyond the bridge.  But you need to go there to get the panoramic effect of the view.  Trust us, it is truly spectacular. 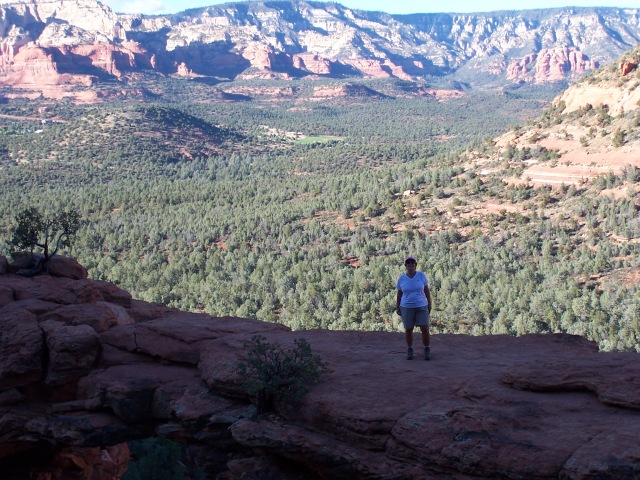 After having a snack while looking out over the scene above, we headed back down the mountain.  Things were a bit steep at times, but the rocks provided natural stairs for the descent. 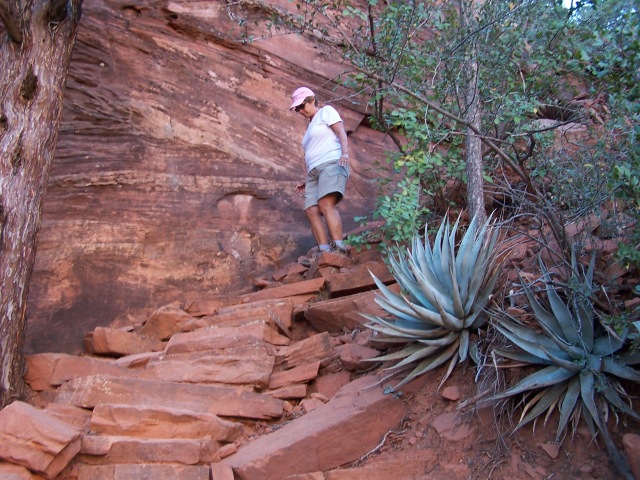 The trip down the trail was slowed by a spectacular view at every turn.

But we did finally make it back down the trail to the Jeep for the return trip back to Cottonwood.  This place is so spectacular that we stopped at the park office and extended our stay for two more days.  So we have a total of three days left to make more cool trips into the bush in the Jeep to enjoy some more great hikes up the many canyons.  More on those later . . .

1 Response to The Vultee Arch and the Devil’s Bridge