For the past week we have  been attending a rally of Discovery Motorhome Owners here in Tucson.   A motorhome rally involves seminars and demonstrations concerning RV maintenance and life on the road, as well as social time during meals and entertainment in the evening.  But in spite of all the scheduled activities there has been plenty of time to do some sightseeing in the Tucson area.

One of the most stunning places was a trip up to the top of nearby Mt. Lemmon.   Mount Lemmon  is the highest point in the Santa Catalina Mountains and is located in the Coronado National Forest.  At 9,157 feet it is visible to anyone in the Tucson metropolitan area if looking to the north.  Mount Lemmon is named in honor of botanist Sarah Plummer Lemmon, who trekked to the top of the mountain with Native American guides by mule and foot in 1881.  The Hitchcock Highway runs up the Santa Catalina Mountains from the east side of Tucson to Summerhaven, a small town near the top of the mountain. The beautiful, curving road is a favorite drive for tourists, for locals escaping summer’s heat and cyclists, and has been recently designated as the Sky Island Parkway, part of the US National Scenic Byway system.  The name sky island comes from the analogy of these mountains being like islands of forest in a sea of desert.

The ride up the mountain is very interesting as it progresses  from a desert in the valley at the base of the mountain, through stunning rock formations in the middle portion, and into a pine forest at the top complete with a ski area.

Desert at the base of the mountain

Rock formations as you begin to gain altitude

Rock formations are all around you as the highway winds up the mountain.  Some take on the shape of creatures and other objects. 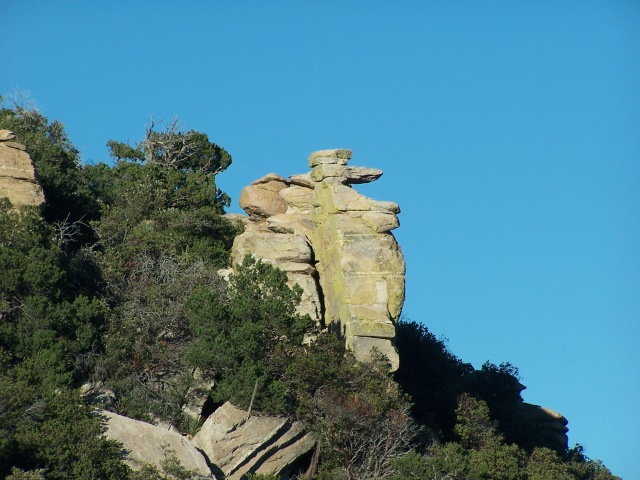 The highway winds through rock cut-outs 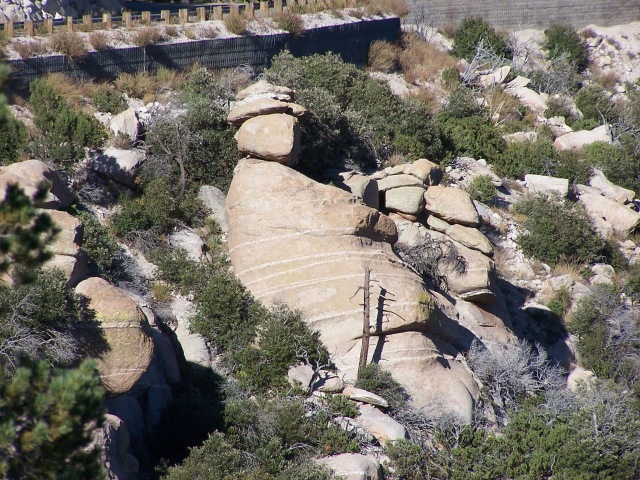 Is this the Michelin Man wearing a hat?

This spire looks like one unit as you round a bend in the road.

But a short walk for a closer view reveals that it is really two spires very close to each other.

Did you ever watch The Muppets on Sesame Street?  It you did you will remember Statler and Waldorf, the two disagreeable old men who heckled the rest of the cast from their balcony seats.  We think that the picture below shows a striking resemblance to Waldorf, the Muppet on the left.

Many viewing areas provided great vistas of the valleys to the north and to the south. 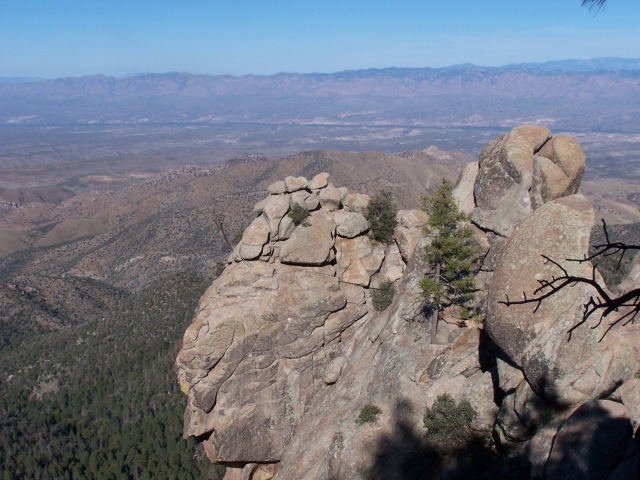 As we approached the top of the mountain, the landscape turned into a forest of pines and Aspens.  The Aspens were showing their fall colors. 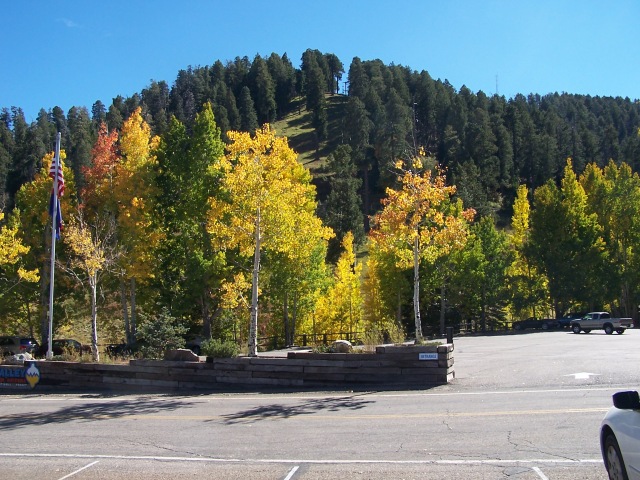 Ski Valley is a short drive from the small community of Summerhaven.  The area receives an average of 180 inches of snow per year and has skiing from December to April.  The snow on the slopes is all natural, as they do not have sufficient water to make snow. 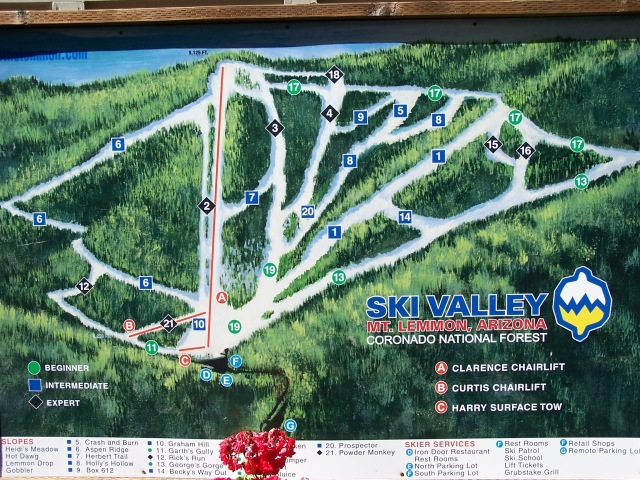 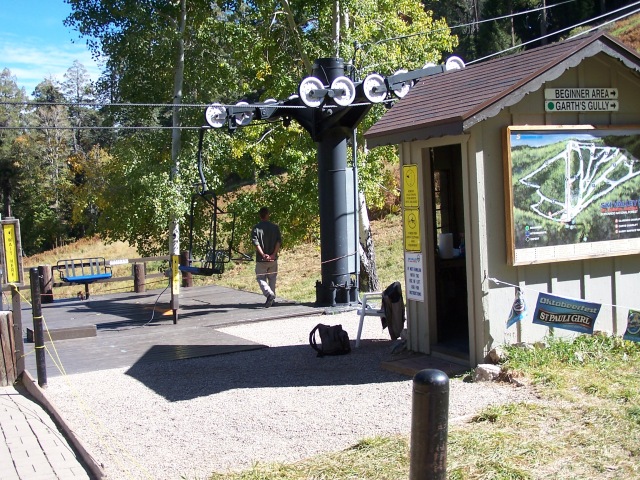 Base of the chair lift

More Aspens above the ski area

The air at this altitude is a bit thin, causing some people to lose cognitive ability.  Some people even have a difficult time with gender identification! 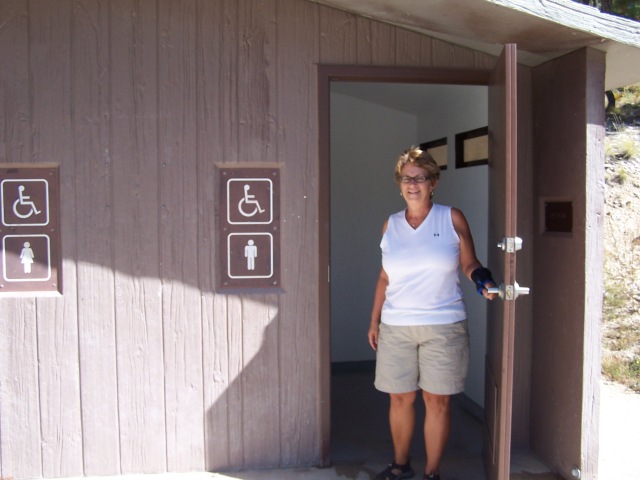 The view from the top

At the top of the mountain is the Stewart Observatory, maintained by the University of Arizona.

After reaching the top of Mt. Lemmon you turn around and return  the 27 miles to Tucson via the same road.  But going in the opposite direction provides a completely different perspective to the many vistas, making for a beautiful ride down to the city.

There are numerous scenic areas in the Tucson area.  We’ll highlight some in future blogs, so check back later . . .