Posted on September 26, 2012 by placestheygo

We had plans Monday morning to do some things around the motorhome, but the day was so nice we switched gears in the morning and headed northeast to visit some really big trees.  As we headed north on CA-65 we saw miles of grape vines, orange trees, and various agricultural products.  We then hit an area of sparse desert with the landscape filled with oil wells and telephone wires and poles

After about thirty miles we turned to the east and headed for the mountains.  The road went up in elevation, gradually at first then a bit steeper with a definite improvement in the scenery. 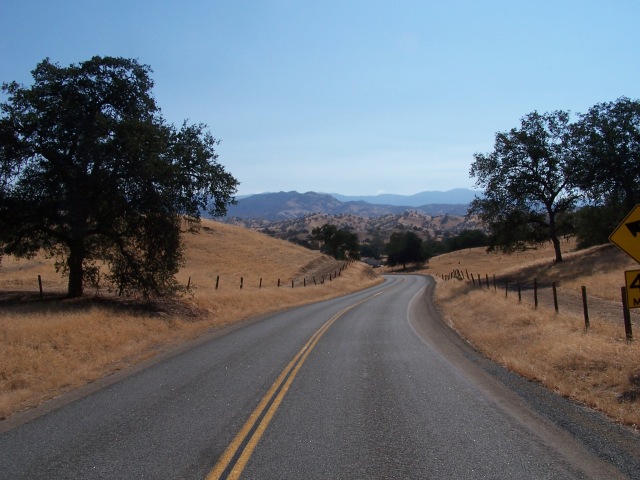 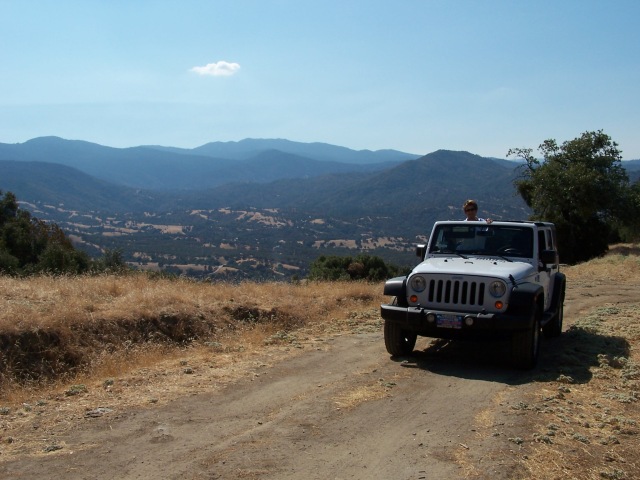 After a scenic twenty mile drive up the mountains of the Sequoia National Forest we found the parking area for Long Meadow Grove.  Long Meadow Grove has a spectacular hike at the Trail of 100 Giants, a mile-long paved interpretive trail among some giant Sequoias.

On April 15, 2000, President Clinton proclaimed the establishment of the Giant Sequoia National Monument and made his announcement beneath the Sequoia pictured below.  The young intern in the picture assured us that she had never been alone with Bill, or so she says. 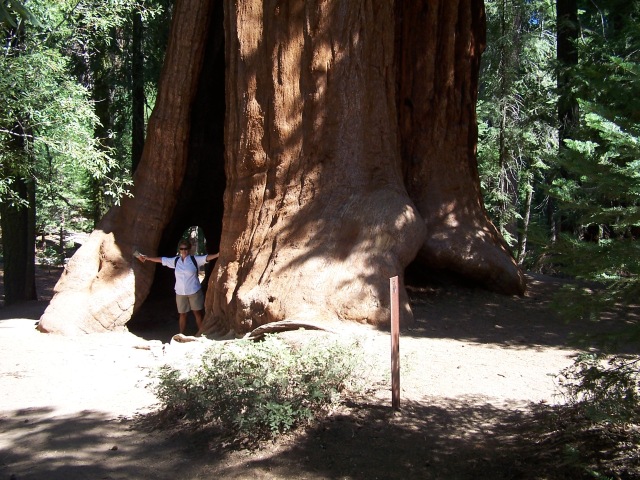 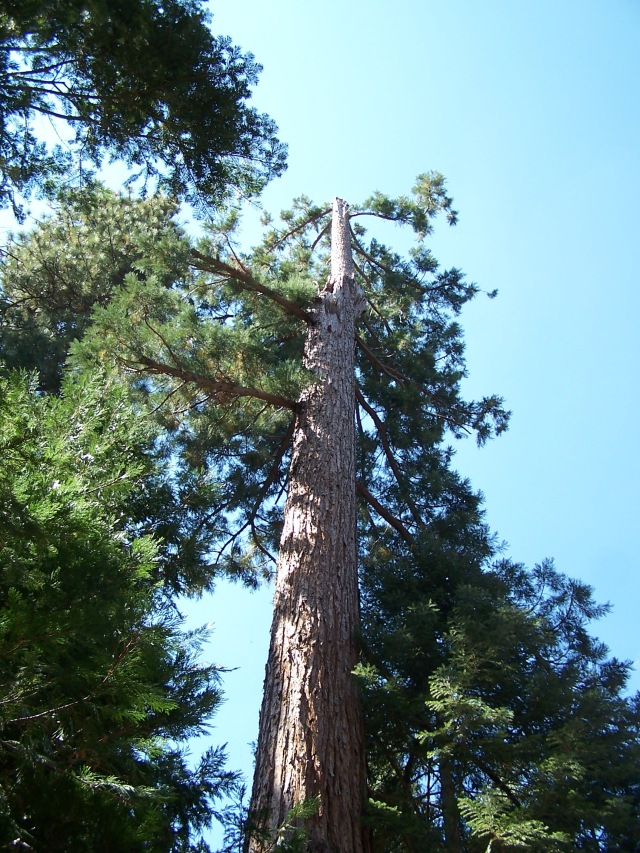 The Sequoia above has no top.  The top broke off many years ago and impaled itself in the ground as shown in the picture below. 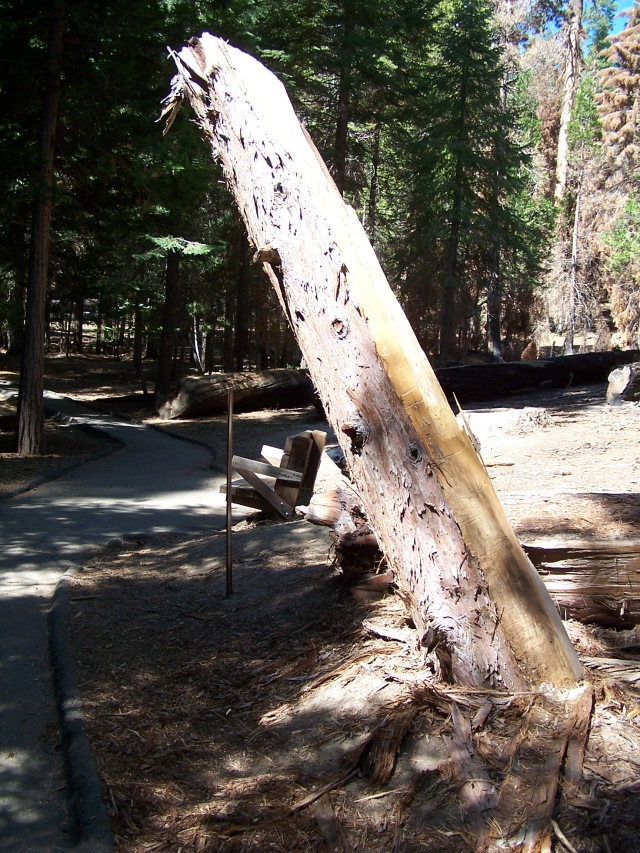 Below is a picture of two trees appearing to grow together.  This is called a competition-symbiotic relationship.  On the left is an Incense Cedar and on  the right is a Giant Sequoia. In time the Sequoia will totally enwrap the Cedar. 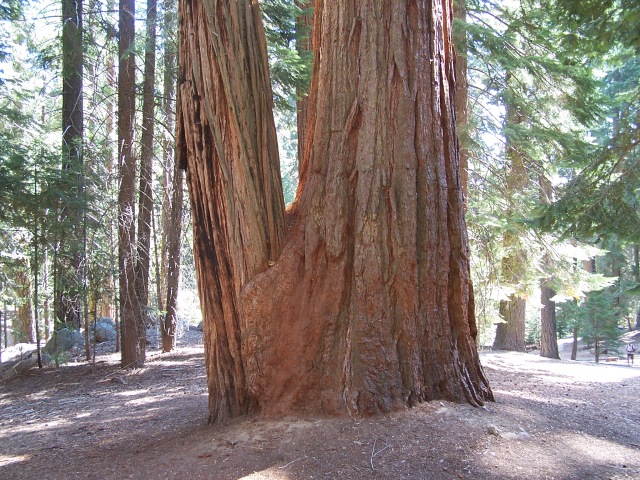 Below is the base of two Giant Sequoias.  The trees had grown together through time and fell on September 30, 2011.  They probably fell because they were leaning excessively, over saturation from a nearby stream, and old age. 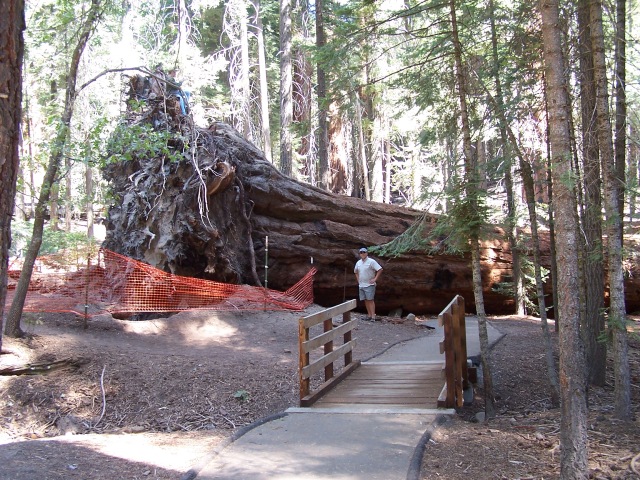 A young forest ranger next to the fallen trees 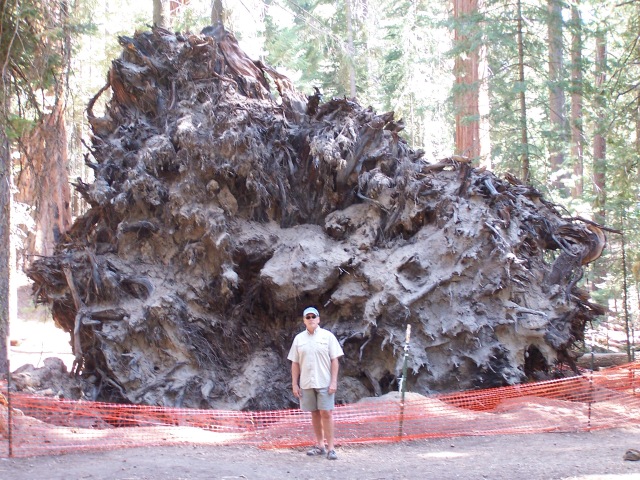 The fall was captured on video by a German tourist and is posted on YouTube.  Check it out using the link below.

The picture below shows the roots from a tree that fell over a hundred years ago after rain and snow washed out the soil.  Compare it to the roots of the newly fallen tree above.  The roots of a Giant Sequoia only grow six feet down into the soil.  Because of the shallow root system they are easily blown over by high winds. 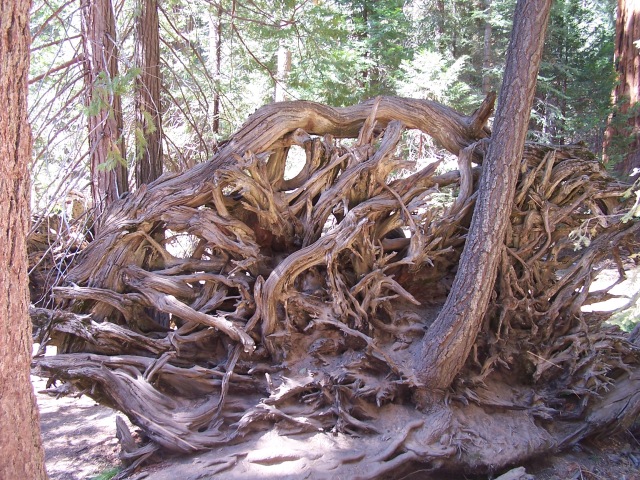 Below shows three Sequoias that have grown around some fir trees.  In time they will encircle the firs in the middle and join trunks. 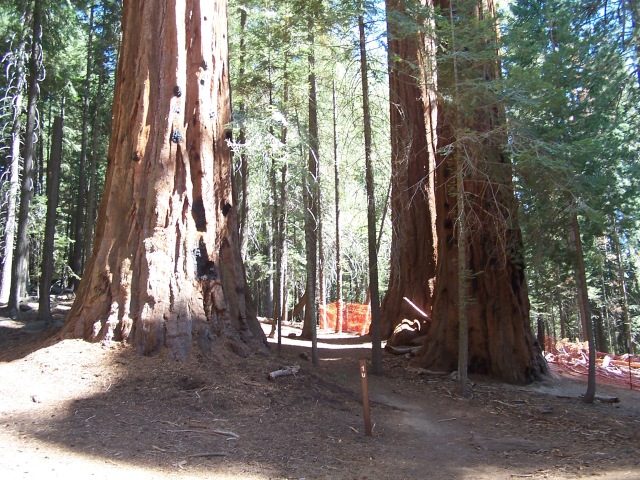 Below the picture shows three beauties: a Giant Sequoia, a fir, and that young intern we saw earlier. 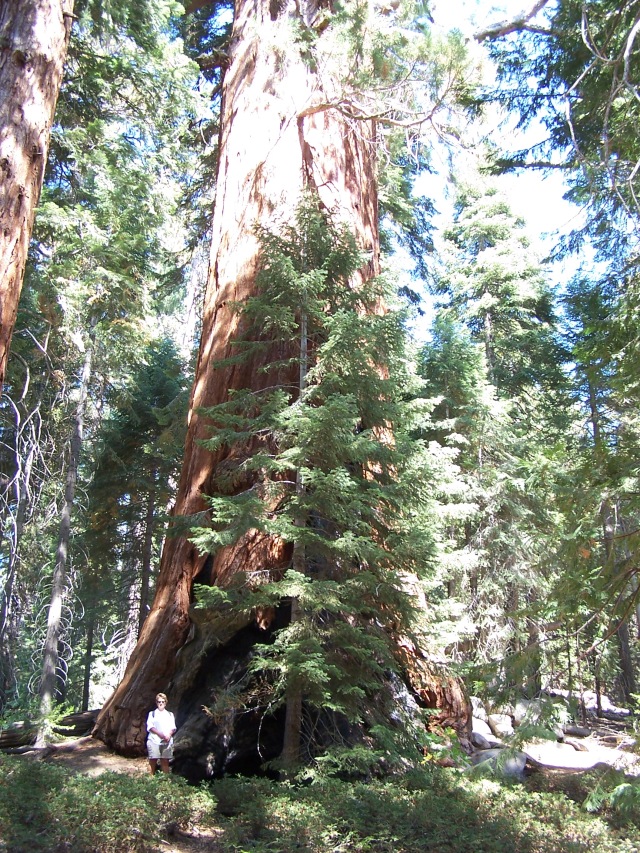 The Giant Sequoias below have grown together forming what looks like two elephant’s feet. 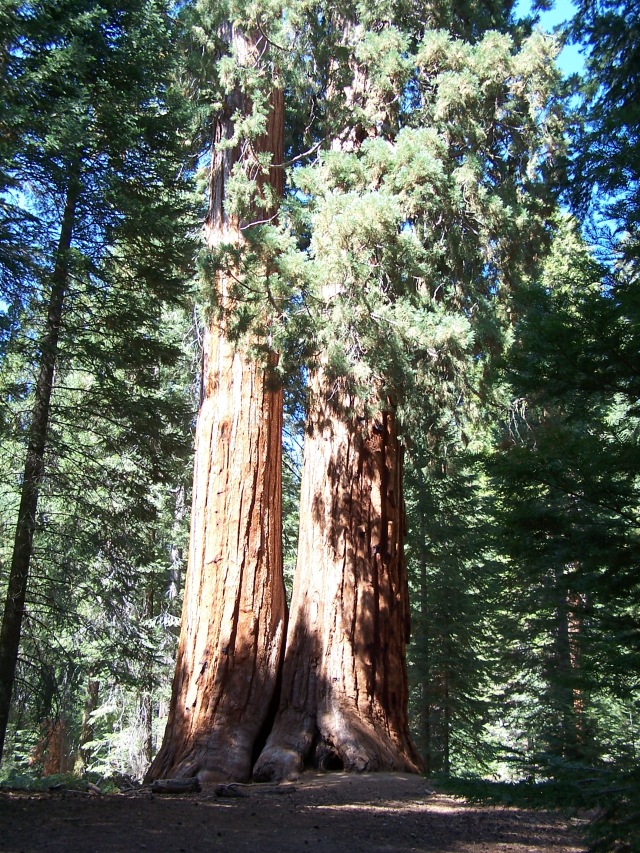 The Sequoia below has a “bench” that has been formed on one side.  It was probably caused by an upper branch falling and striking the base of the tree many years ago.  The tree responded by forming “scar tissue” with the bark creating a bench over time. 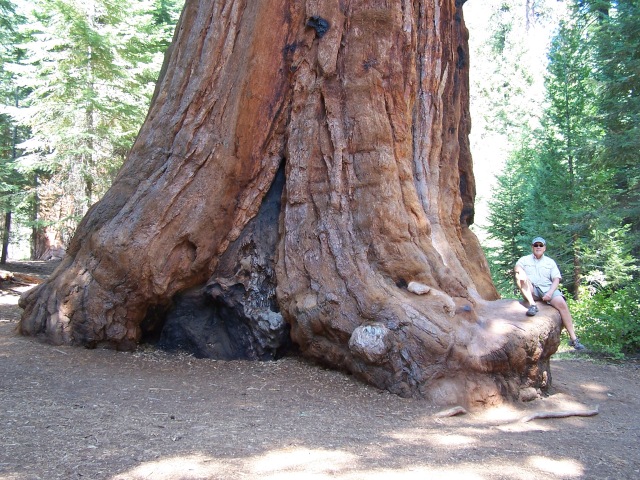 We did learn a lesson upon returning to the car.  If parking under pine trees, be sure to replace the top panels!  When we opened the doors to get in the car, we found the seats covered with pine needles!   After a quick cleaning and a good laugh, we continued our trip headed for Red Rock Canyon.  More on that later . . .