We are still here in sunny Florida enjoying our last week in the Bradenton Beach area.  On Friday (4/1) we begin a slow move north by heading for Mirimar Beach, a small community on the beach in the panhandle of Florida near Destin.  Since we can’t get into our park their until three or four days after we leave here, we will stop somewhere along the route for a few days.  We’re unsure were that will be but will update posts on that as we move.

Our neighbors here in Holiday Cove RV Park, Lon and Sheila Wilkinson, told us about a flock of peacocks who hang around a residential area on nearby Longboat Key each evening.  So yesterday we hopped on the bicycles late in the day and rode over the bridge to Anna Maria Island then south about a mile to the bridge to Longboat Key.  In a car it would have taken us a long time due to beach traffic, but on our bikes we just passed everyone in cars and quickly made our way to Longboat.  We rode through the neighborhood where the birds were thought to be, but couldn’t find any until we heard the high pitched squeal we thought must be our prey.  Sure enough, one street over we found the peacocks. 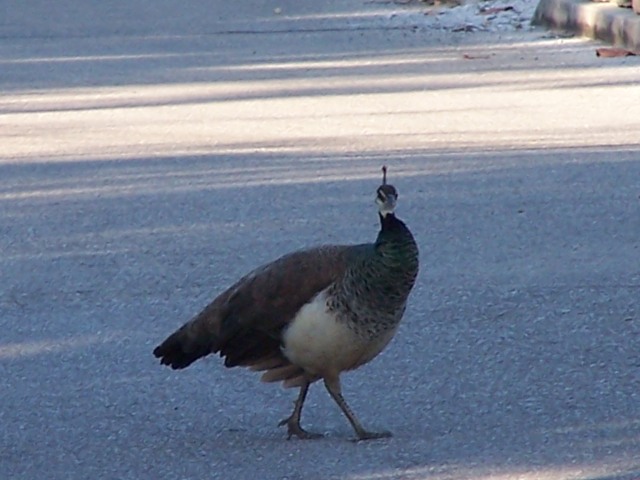 A female struts her stuff 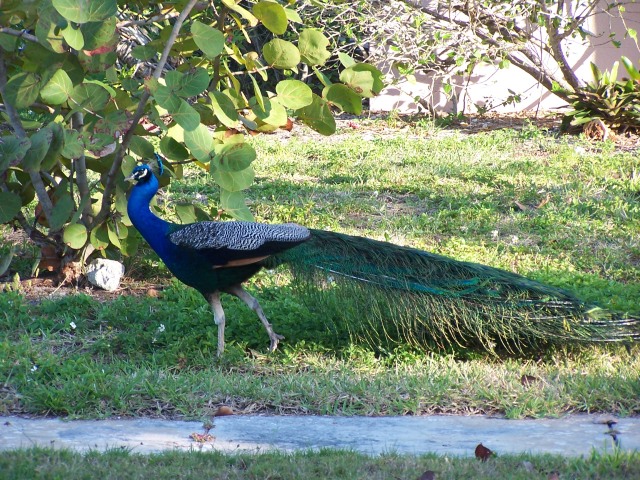 A male struts his stuff 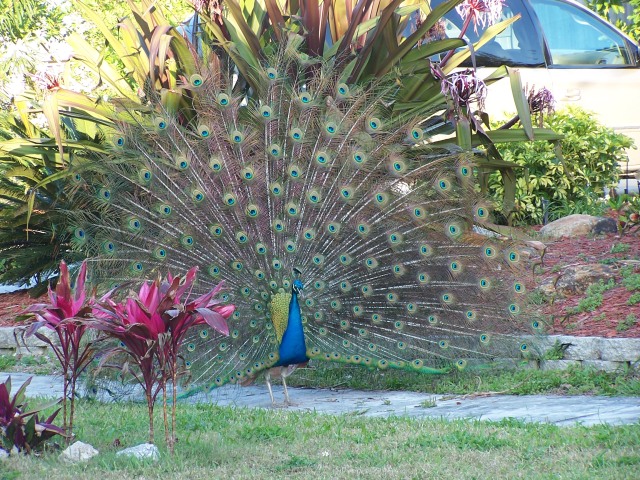 With female in sight, male really struts his stuff ! ! ! 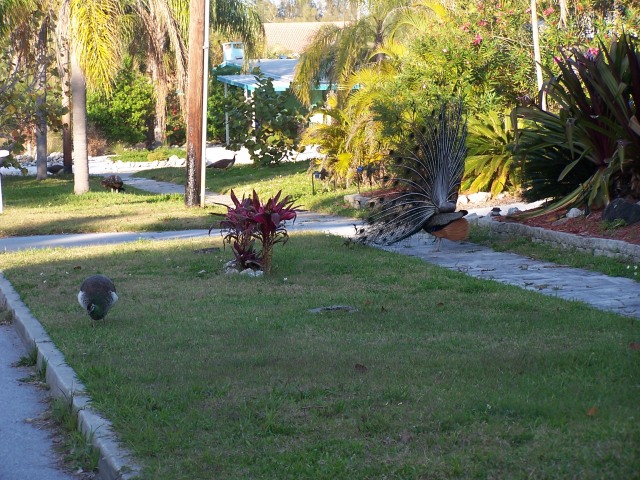 Typical – Male shows his best side, female ignores him . . . 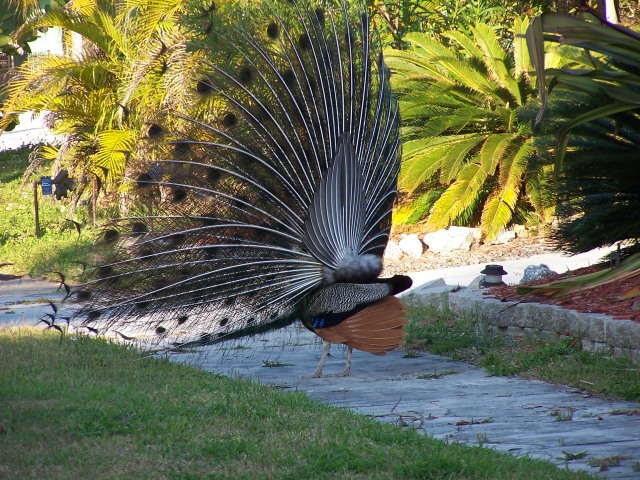 She ignored the front view, so maybe she likes this view ? ? ?

On the ride back, we again crossed the bridge from Longboat Key to Anna Maria Island.  As you cross the bridge, the view is fantastic!  This fish is perched on a pole, why we don’t know. 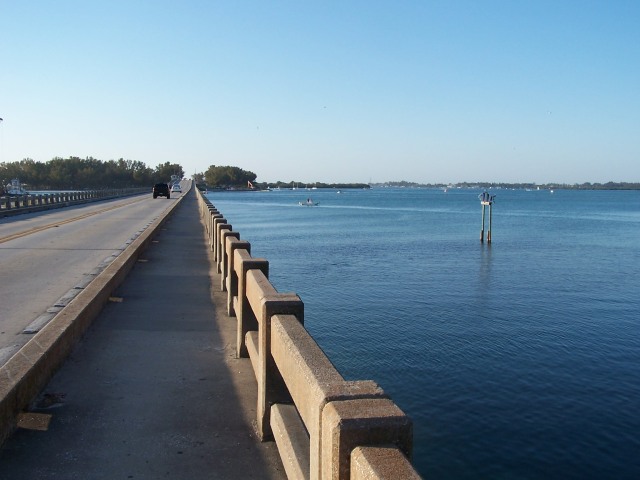 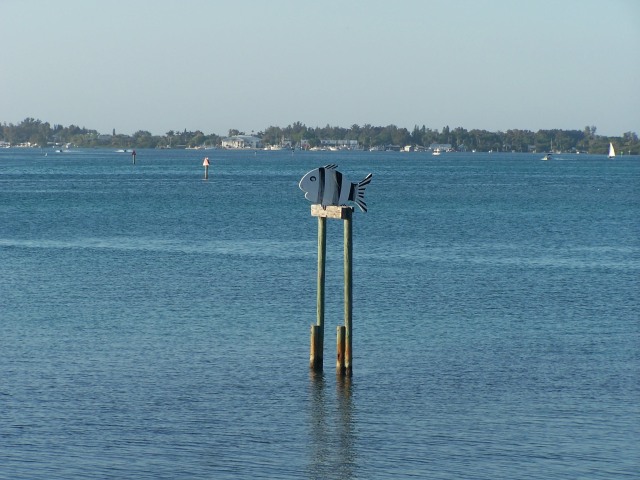 If you wait long enough, you may also catch a glimpse of the local beauties as they ride by! 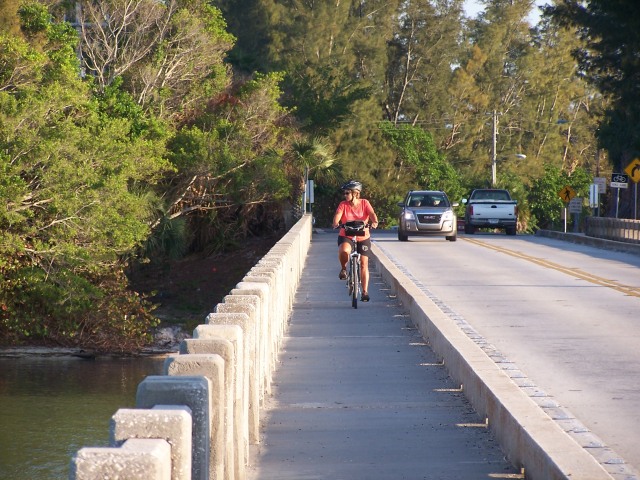 As we watch the weather, we notice that it is still a bit cold up north, with snow in some areas.  It’s difficult to imagine the cold when people are doing things like this. 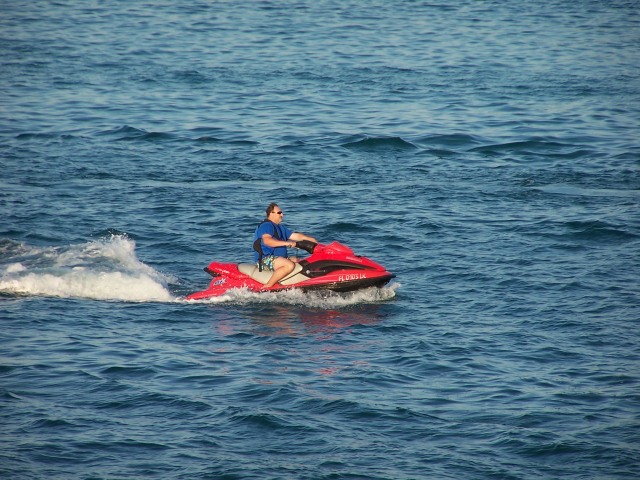 Hang in there, warmer weather is on the way.  But until then, we’ll stay in Florida ! ! !

1 Response to Peacocks Strut Their Stuff