It is Monday, back to work day, so we decided to get back to work with a motorcycle ride through the beautiful mountains of western North and South Carolina.  The day started warm and sunny in the Piedmont Plateau of South Carolina, but turned cloudy and cold as we headed into the mountains.  We had no real route planned, just taking turns as they presented themselves.  SC 276 looked like a good way to cross into North Carolina so we headed up that road.  It turned out to be a great motorcycle road with winding switchbacks, where the road turned almost 180 degrees, that rival those we have seen in the Rockies.  At the top, just before the North Carolina line, we found Caesars Head State Park.

The picture above is part of a short walkway along the cliff.  Things got a bit “confined” so one of us (who is a bit claustrophobic) chose to abandon the walk. 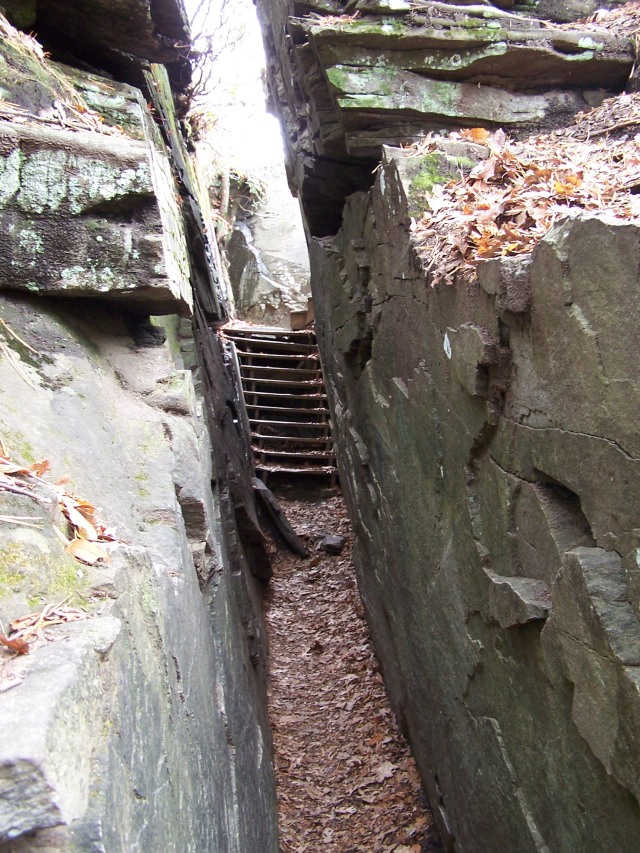 It was cold and windy on top of the mountain so as we headed north into the town of Brevard we looked for a coffee shop.  No Starbucks were available but we found a small shop that was even better.

Brevard is a neat little town with a ton of musical and artsy type events.  We enjoyed a coffee and a bowl of soup before heading back into the mountains.  The map showed NC 215 as a small road headed into the hills, so we turned off the main road and headed north.  The road had been recently paved so the ride was very smooth as we climbed higher into the hills.

At the top of the mountains, NC 215 crosses the Blue Ridge Parkway so we hopped on the Parkway and headed north.  The views were great, although marred a bit by clouds. 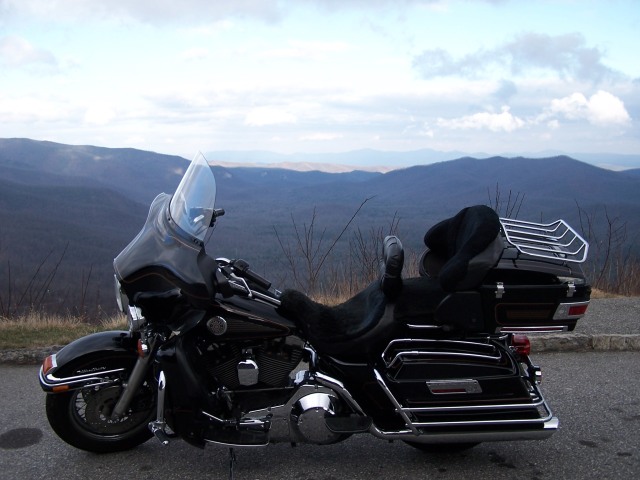 Sadly, the days are now so short that it was time to head back to Spartanburg, as we don’t like to ride the motorcycle after dark.  Maybe now that the Republicans have control of the House of Representatives they can restore the length of daylight back to what it was in the summer!