The Return of Sky King

Posted on October 3, 2010 by placestheygo

OK, I’m showing my age with this title.  If anyone is reading this blog, it is doubtful that you ever heard of the old TV show “Sky King.”

Today we had a return visit from our own version of Sky King in a Cessna.  Son Kevin flew into Knoxville from his home in Atlanta for a brief visit.  He left Atlanta about 11:00 and arrived in Knoxville about an hour later.  We tracked the flight on Flightaware.com so we knew where he was throughout the flight.

Taxi in to park 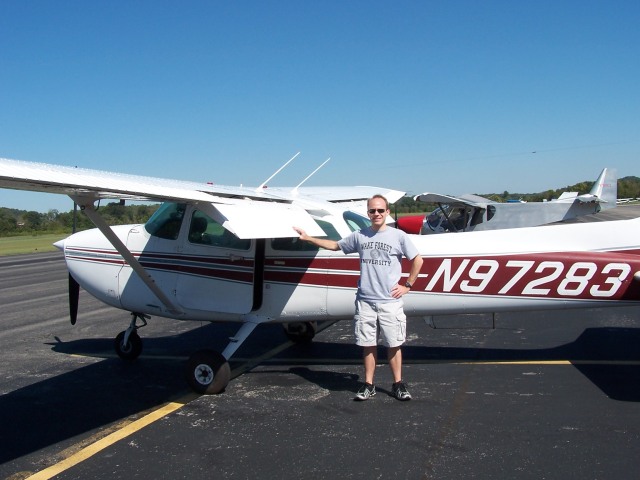 We then drove into Knoxville to a nice restaurant along the Tennessee River with Nyland Stadium in the background and had a nice lunch on their deck.  Then back to the airport for takeoff and a return flight to Atlanta.

A speck over Knoxville

OK, that last picture is a little shaky, but that is Kevin’s plane in the upper left (although it does look like a piece of dirt on the lens).  We had a nice visit and plan on seeing him soon at another airport as we head east and south in the future.

3 Responses to The Return of Sky King